[April Fools] Points Get a1

[April Fools] Points Get a1

Kill enemies to get points, spend points on upgrades!

This map was built from an orphaned map made by Sergis, so the layout of the map was done by him. I just added a whole bunch of logic entities to give the map some additional features. 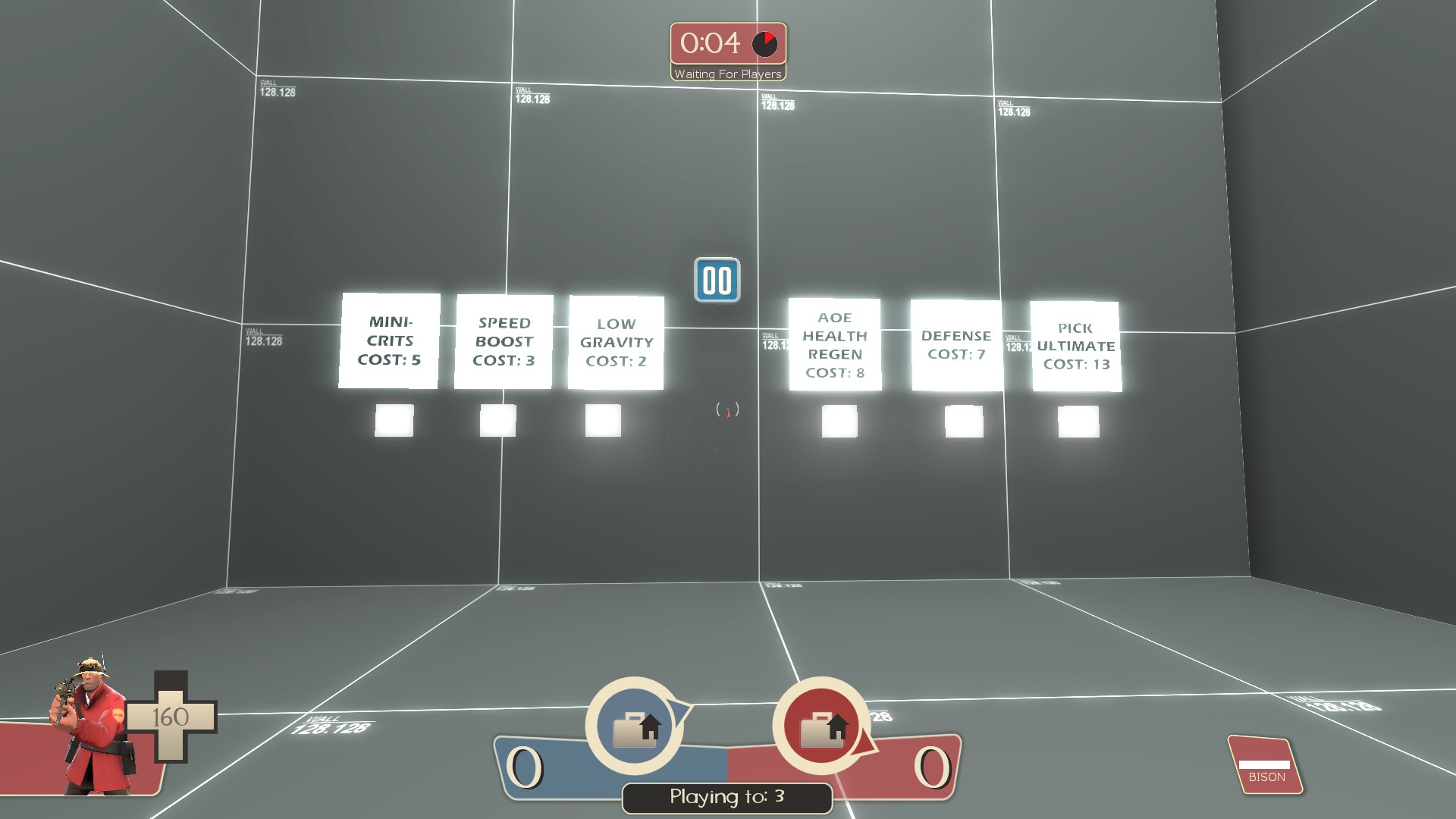 In your spawn room is a white tile that teleports you to a separate room, shown above. The counter on the wall represents how many points the map has awarded you (1 point per kill). Using the buttons on the left and right of this counter allows you to spend those points on abilities. What the ability is and how many points it costs are written on the sign above the button.

The most expensive option is "pick ultimate," which gives you a choice between three powerful upgrades: invisibility, crits, and 75% dodge chance. Once you have picked one of these ultimates, you cannot gain another.

Points are reset when the round ends. Points spent are lost, so you must choose carefully between picking up cheap upgrades early or saving up for more powerful ones. Spend your points wisely to become as powerful as possible!