EDIT: The screenshots are fullbright, but the map isn't. Map still has some issues, keep an eye out for bugs.

I was planning to finish this for the game day last year, but ran out of time - so here it is for this year! This map was created by putting together a few of my smaller joke maps that I felt didn't have enough content to stay interesting after a few rounds. Now each time a team wins, the next game takes place on one of the four different maps, selected at random! 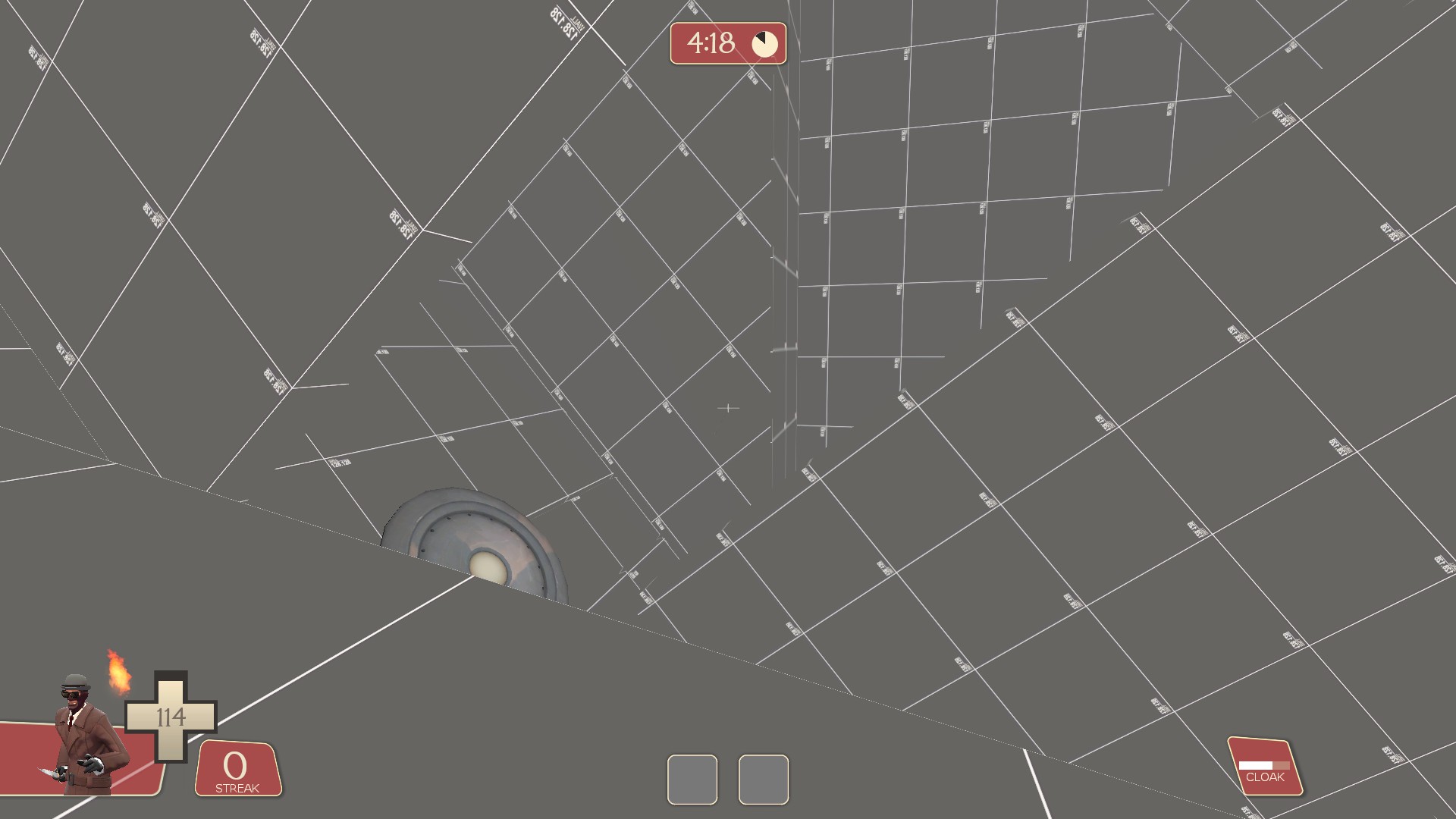 This map is very small, with a single control point in the center. The control point must be captured twice for a team to win the map. The gimmick here is that player's perspectives are tilted, and some parts of the map are tilted as well. When you look around, your camera doesn't always move the way you think it will. Gravity might not do what you expect either. See the point in that picture? It's on the floor. Sitting flat.
Try not to get a headache. 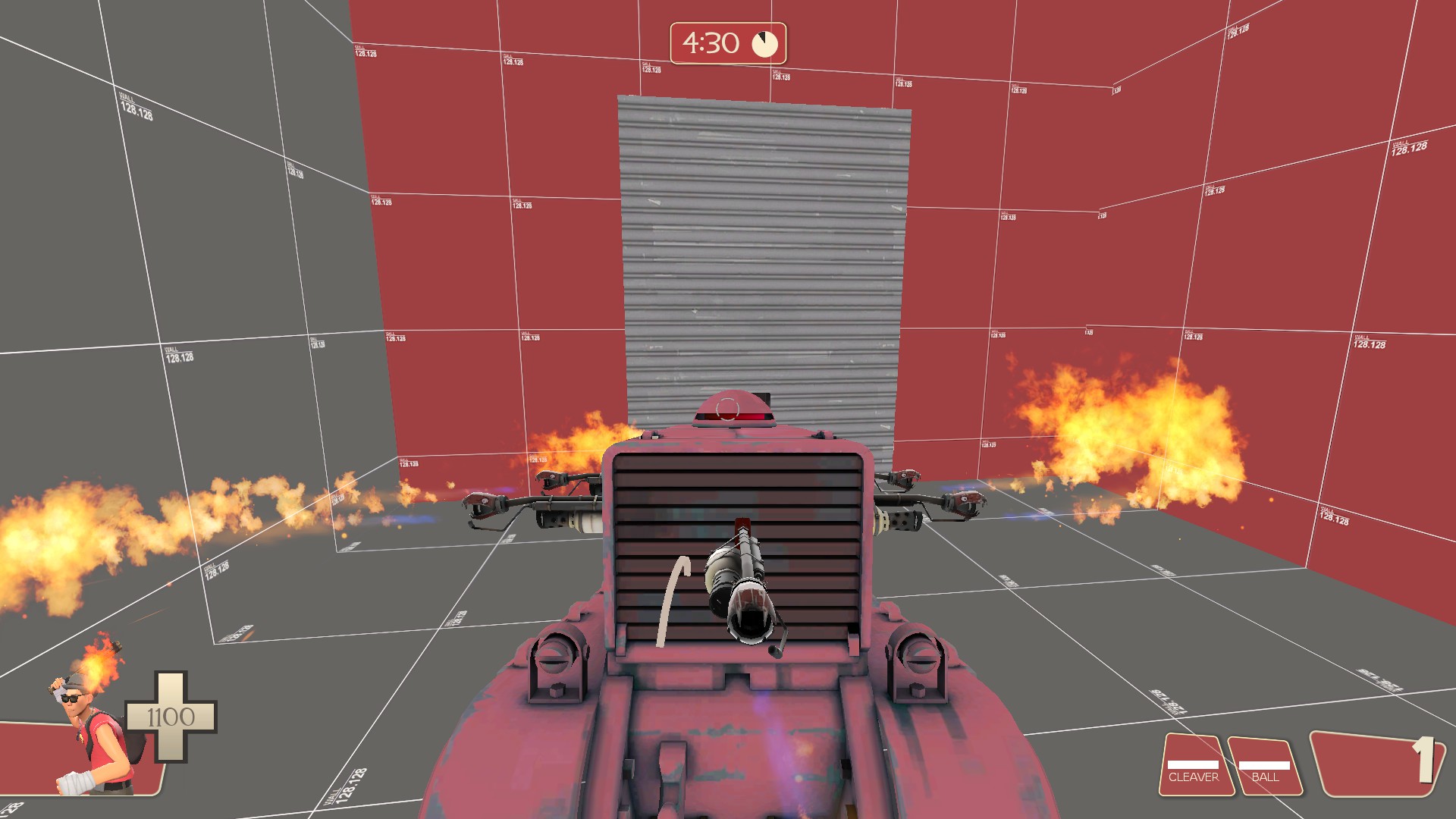 Map with 3 control points. Capture all simultaneously to win. Each team has 5 tanks, controlled by players. The tank's health and speed are based on your class. When a tank is destroyed, a new player can drive it when it respawns. Each of the 5 tanks has a different weapon set. One tank has a lv 2 sentry, another tank has multiple lv 1 sentries, and another one is armed with flamethrowers. The sawblade tank has a giant sawblade that instantly kills enemies. The support tank has no weapons, but works as a mobile dispenser, and has a teleporter exit connected to an entrance in your team's spawn, so your team-mates can teleport to you. 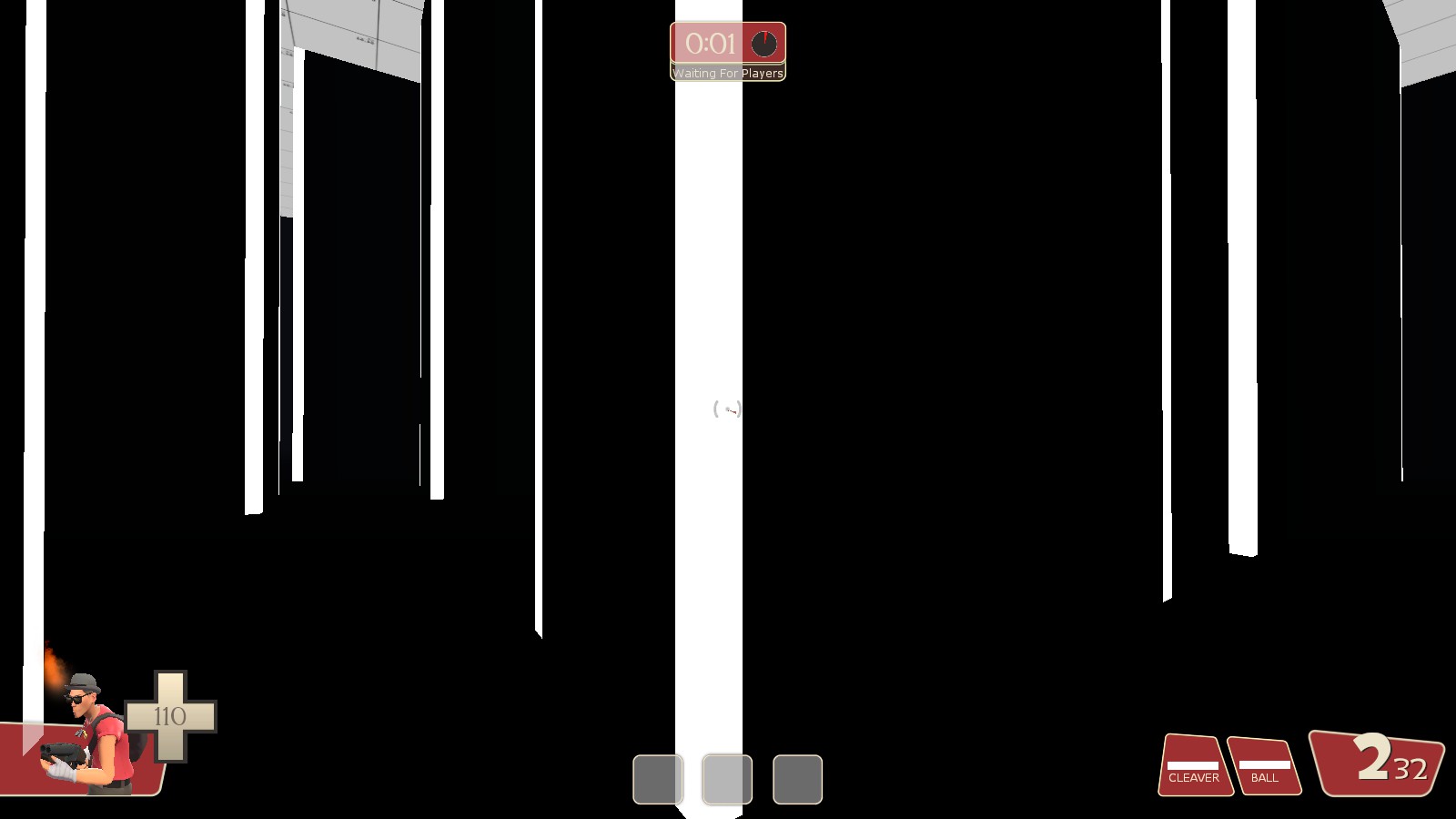 A huge maze with pitch-black walls, and strips of light on wall corners and the ceiling. The objective system works like the other 3cp map: control all three points at the same time to win. 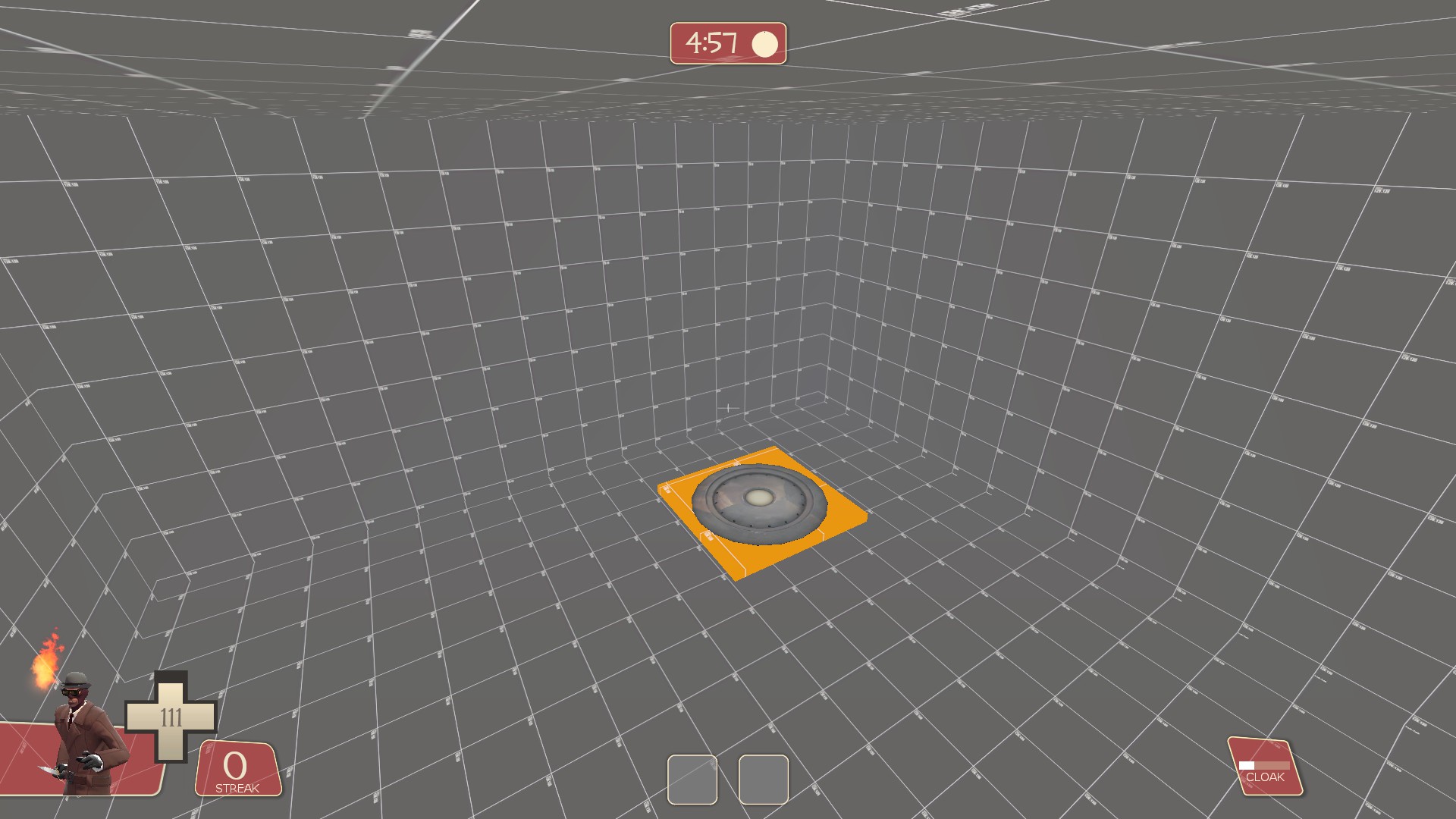 Like the other 1cp map, this is a small map with one control point that must be captured twice in a row by a team to win. This map is one large room, which players enter by dropping through the ceiling. All players are restricted to melee, and have 100% crits. There is no gravity here, so when you jump in a direction, you will continue in that direction until you hit a wall or take knock-back. If you hit a wall, you will bounce off it, so there's no risk of getting stuck.

Good luck, and have fun!