Download
You are using an out of date browser. It may not display this or other websites correctly.
You should upgrade or use an alternative browser.
Overview Updates (29) Reviews (2) History Discussion

this map cured my arthritis, 10/10
Last edited: Feb 23, 2019
Toggle signature
"Before posting accomplishments, ask your self 'would people I don't know like this?' And 'Is this actually good, or do I just feel proud?'" 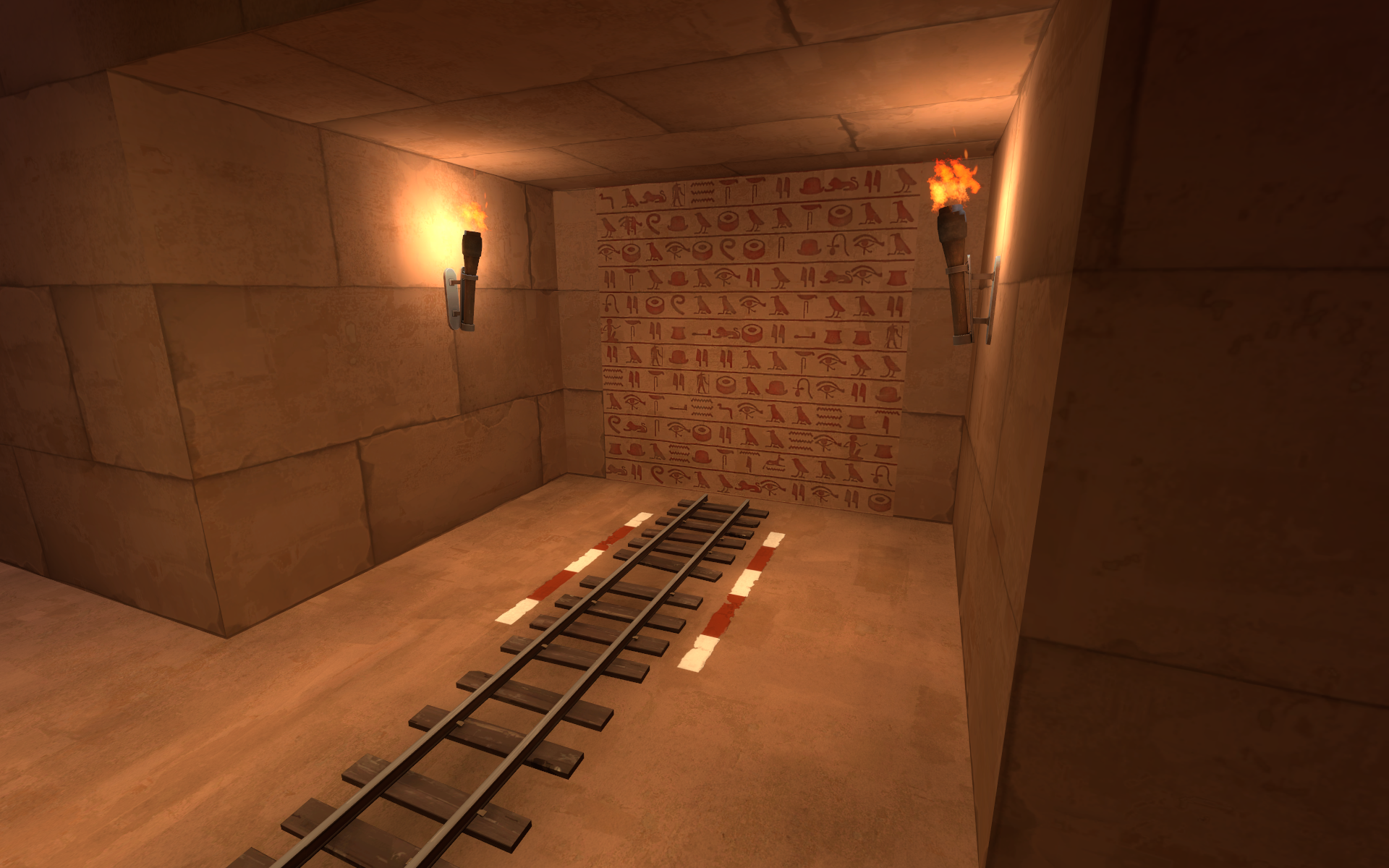 You did not...... did you really?
Toggle signature
Damn good stuff, sir 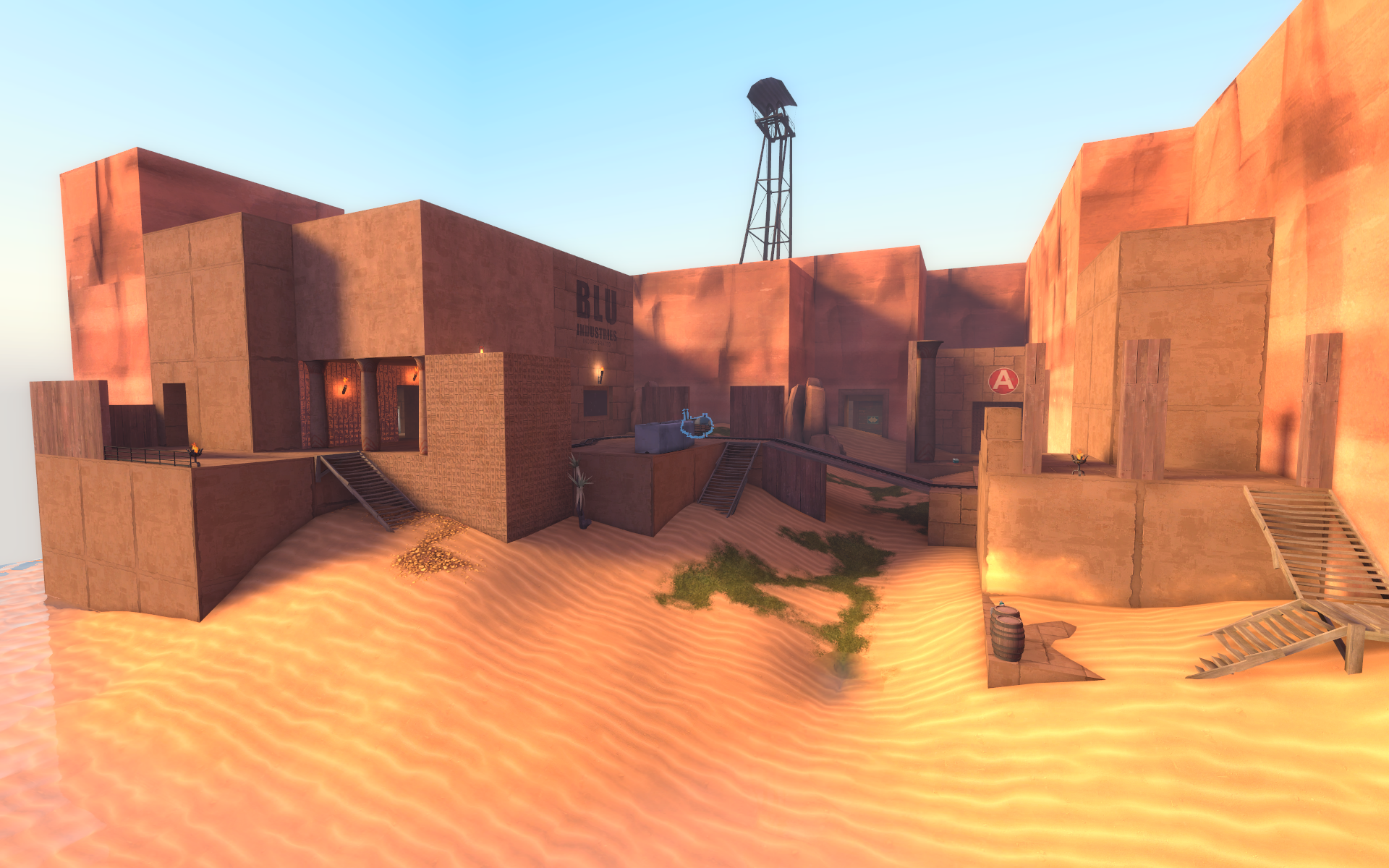 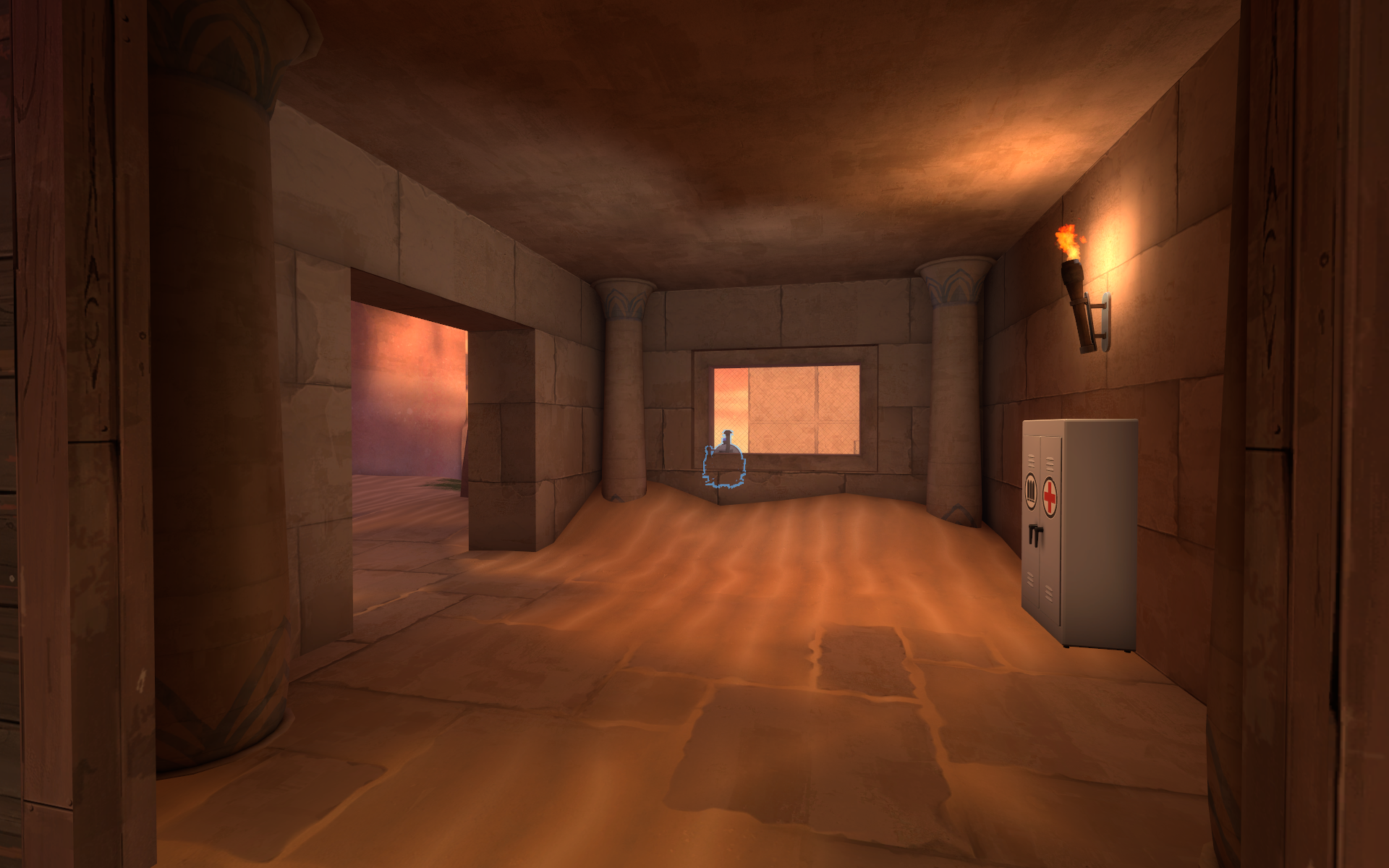 last version had an error

-New Routes around A
-More closed doors now tell you they are closed
-Extended wooden balcony by the river a little bit
-New door at the end of the Birth Canal
-Adjusted spawntimes
-Adjusted pickups
-New area by red last
-Made sniper nest at the start slightly larger
-Breakable barrels now act like water, for some reason? 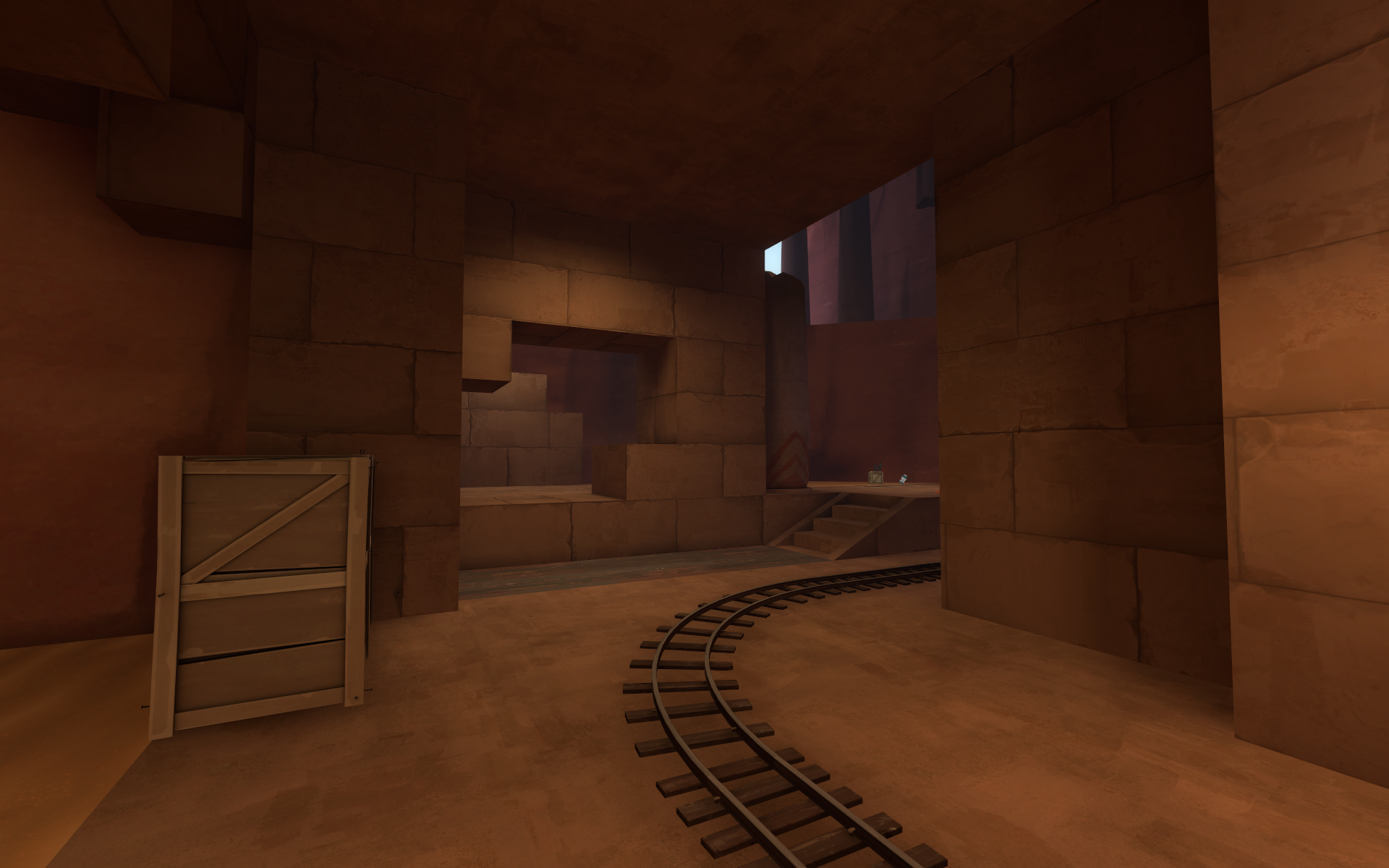 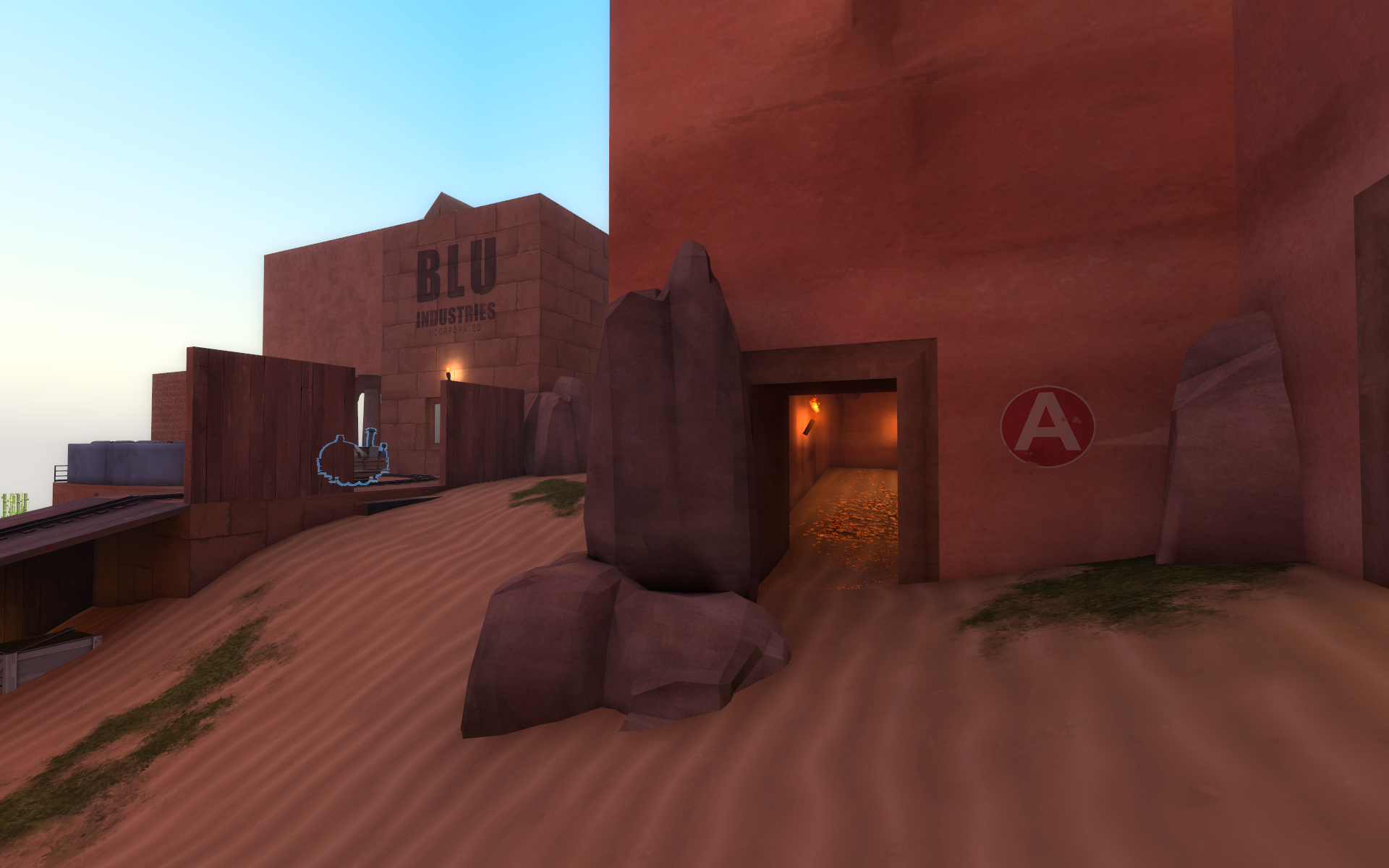 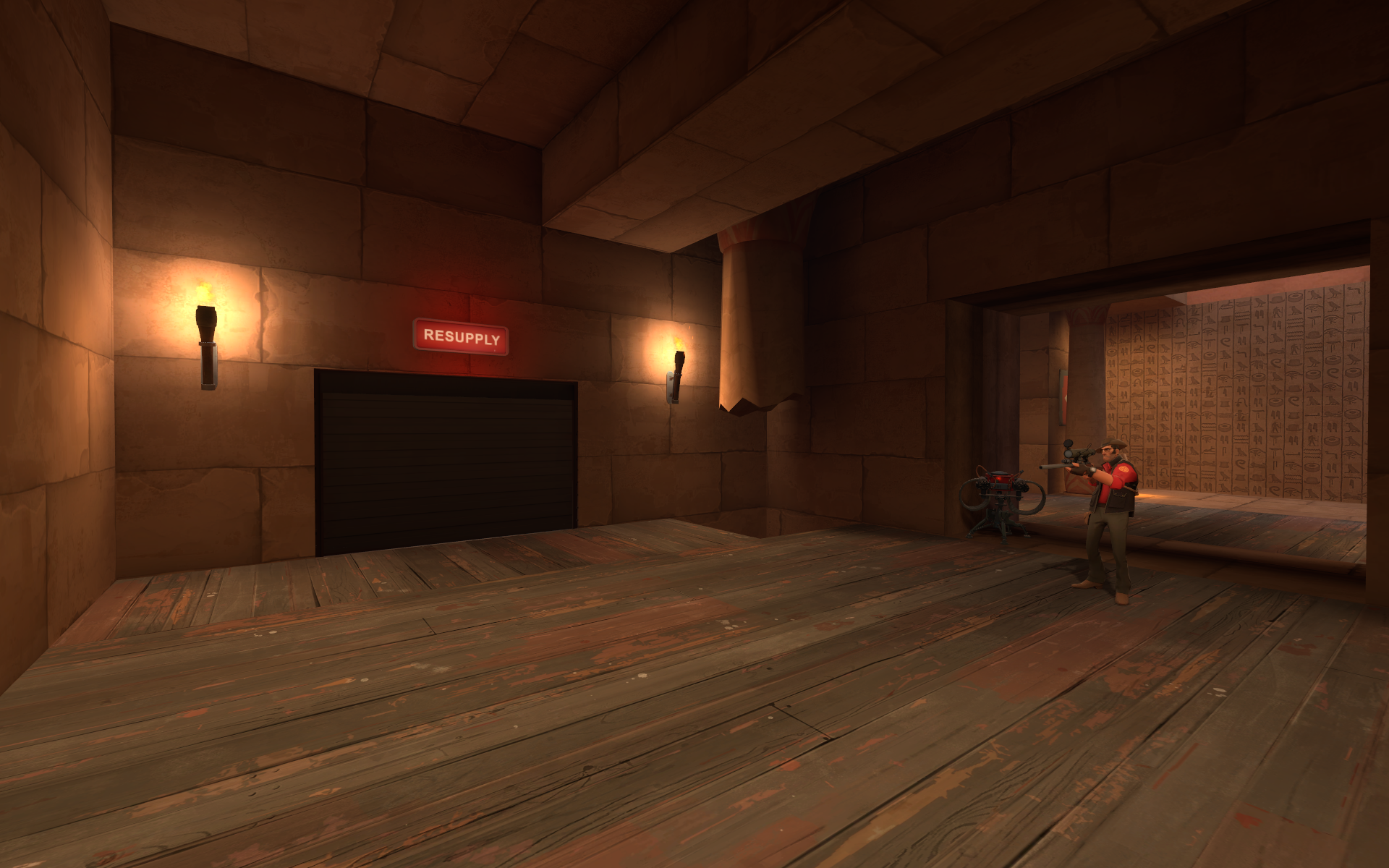 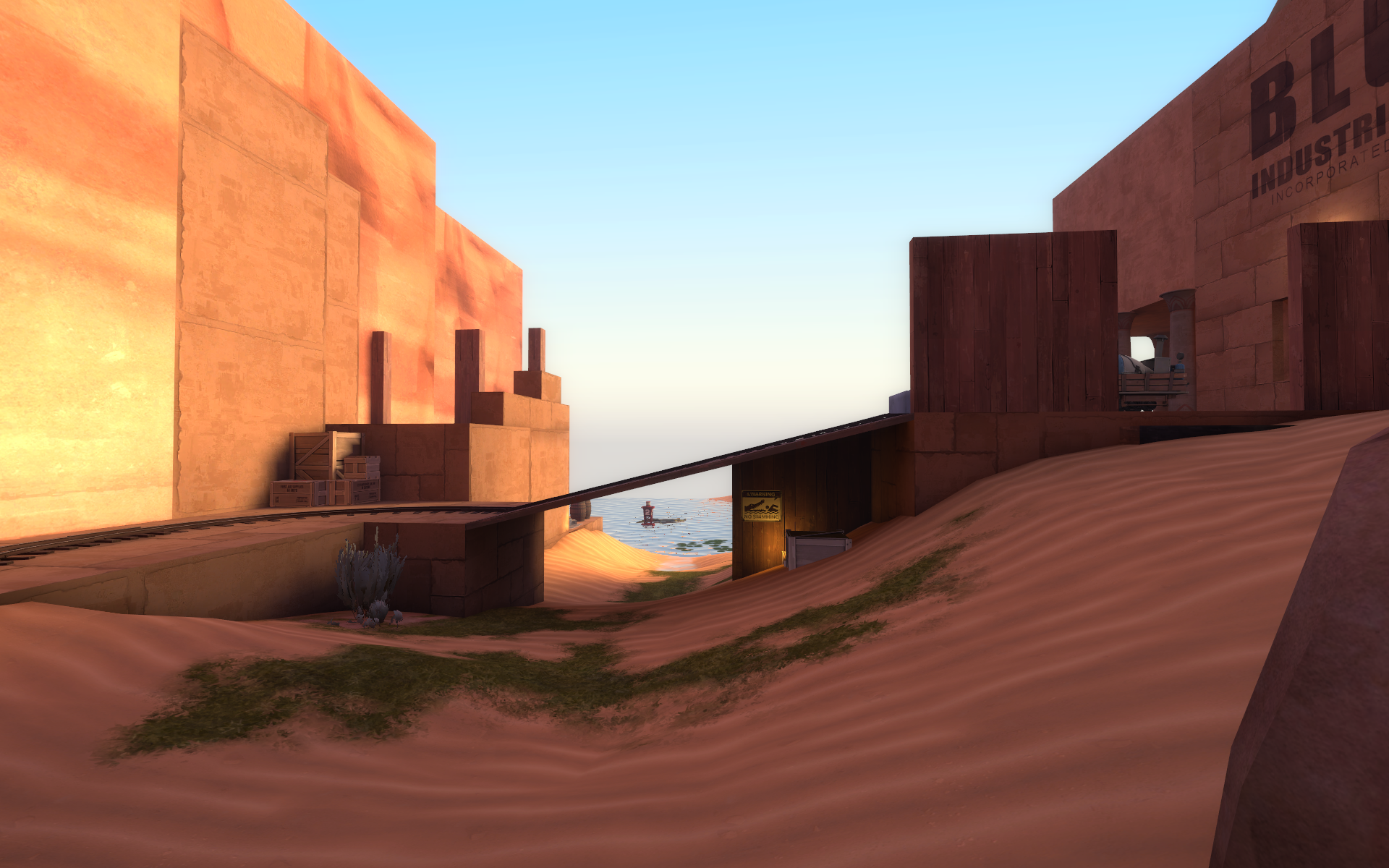 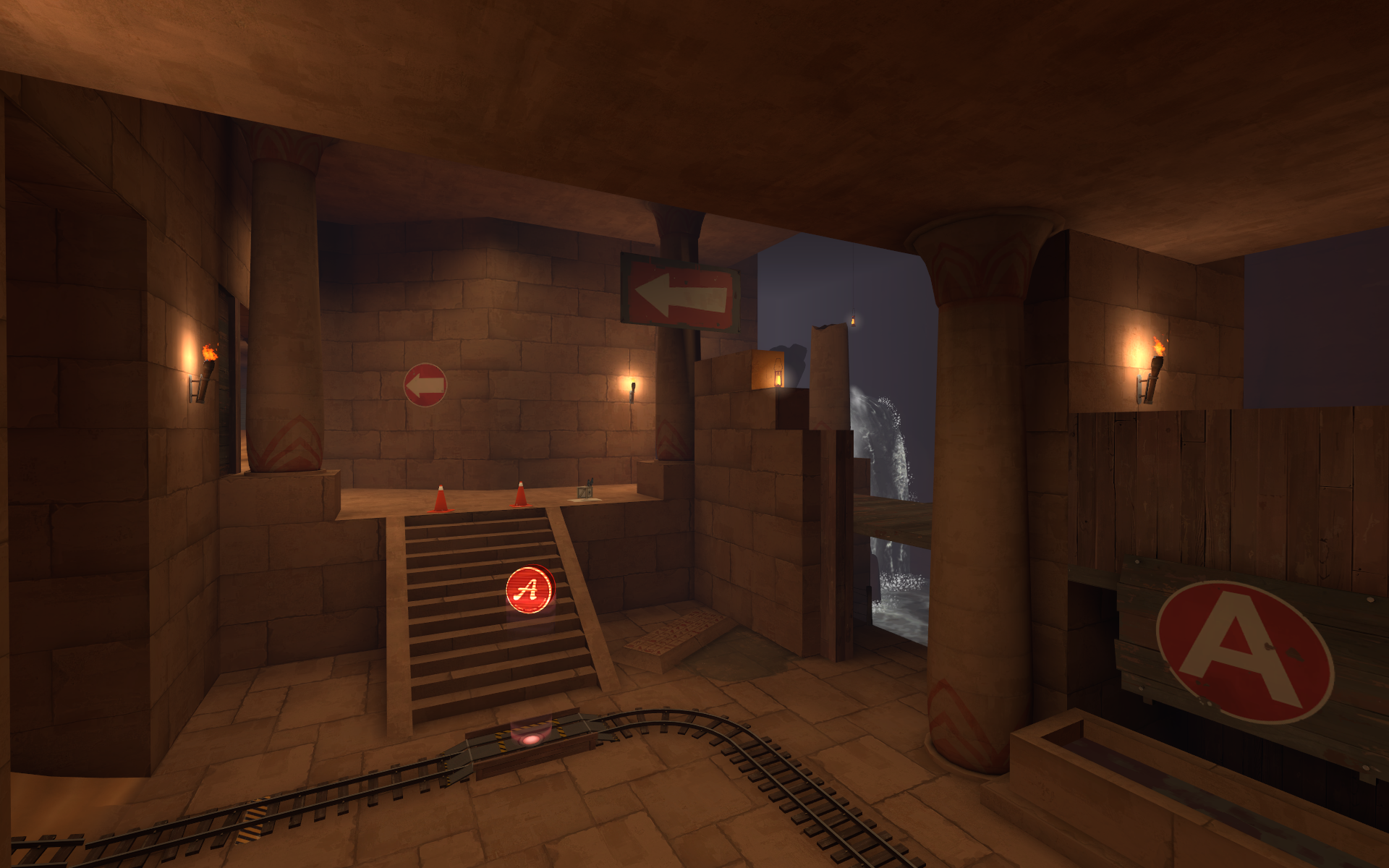 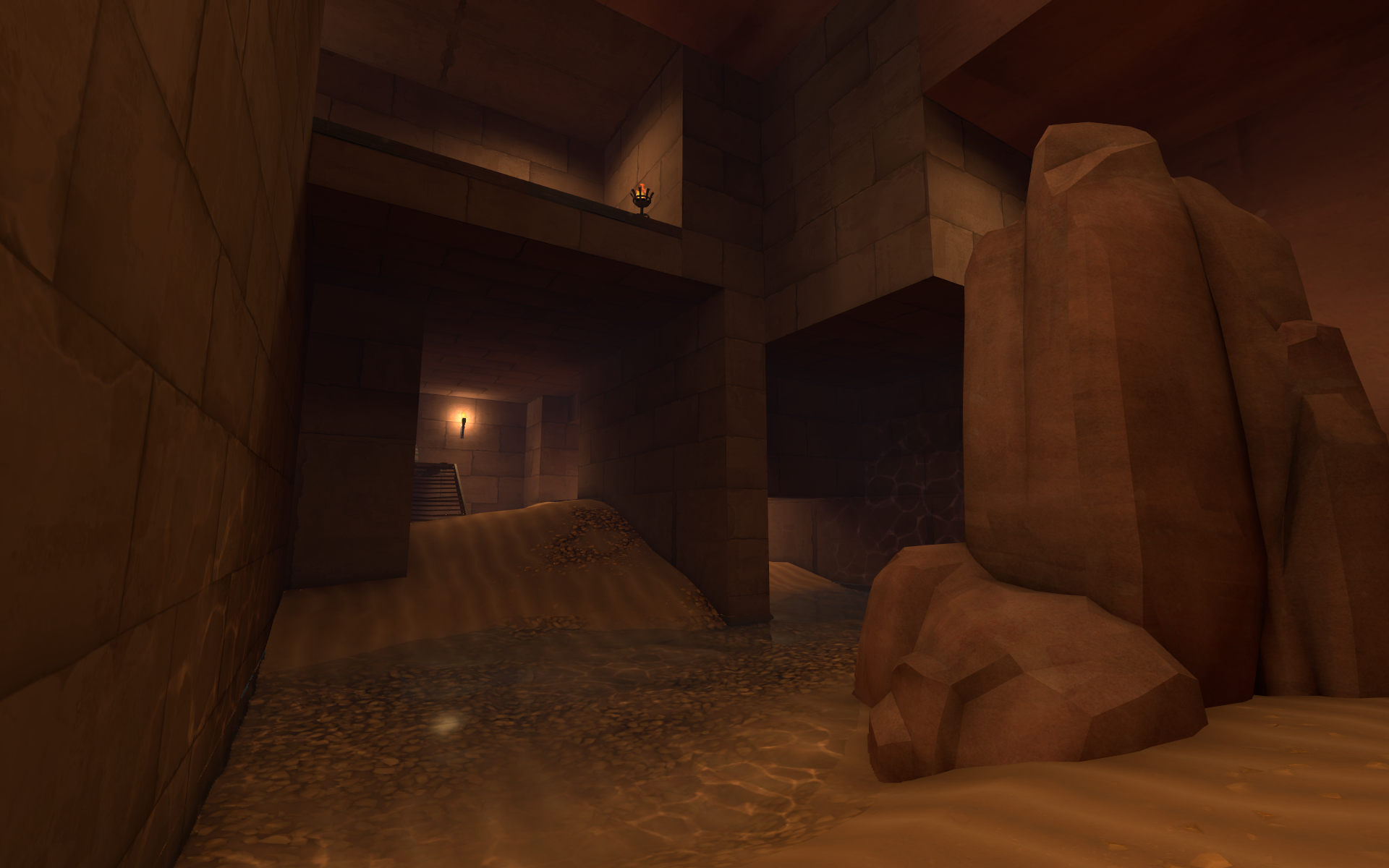 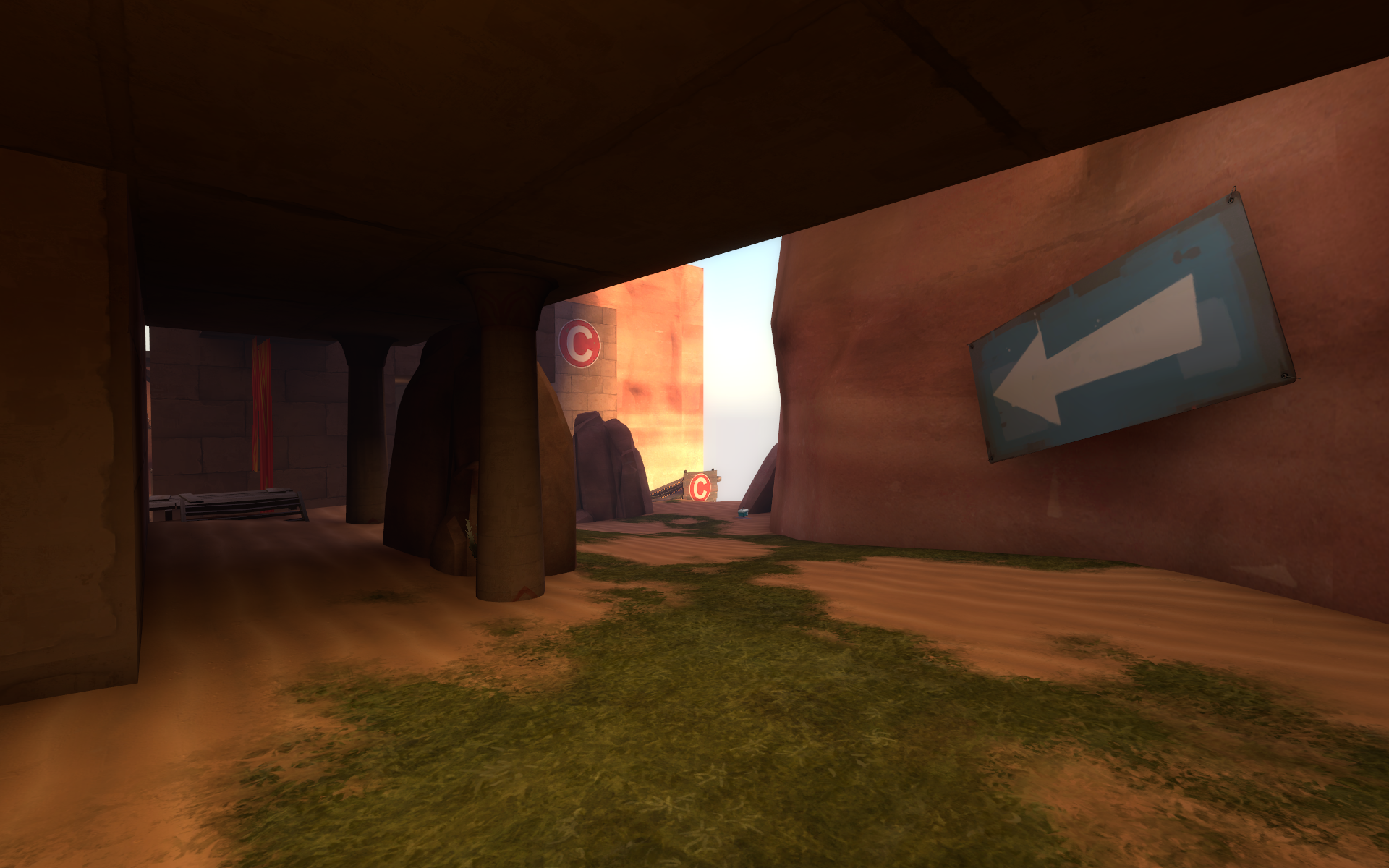 Hey, How did you create the effect of water reflection on the walls?

Midlou said:
Hey, How did you create the effect of water reflection on the walls?

They are custom textures. I used them as overlays in my map, but I think displacement blends work as well. 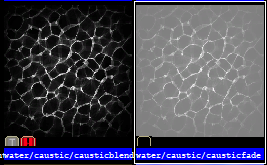 Unfortunately, I have absolutely no idea where I got these, even after looking. If anybody knows who made them, I'd like to know so that I can give credit.
Toggle signature
|| DOG3 || DAUPHIN || MEGALO || PELICAN PEAK || JINN || CAPER ||
Ko-fi
mr. toaster☪︎i honor christ: theres 100s of sightlines and 100s of flanks this map was made by a computer algorithm

They're made by Mimas/ @fubarFX but they don't appear to have a download on the site anymore.

Much has already been said about the presence of the radiator, so I will not spend too long on it; however, I do wish to make one point on the nature of this particular prop's brilliance within pl_josh. Critics, often of the realist persuasion, have remarked on its apparent incongruity in the map. It's precisely this notion, that the radiator is "random" or else "doesn't fit the theme," which I wish to combat. For the radiator is far from being out of place; it is in fact at home in the map in a way that 3D models rarely are. A materialist methodology will help us to make sense of this.

In the first place I'd like to ask why the radiator is considered so strange to begin with. It fits perfectly within an urban or spytech milieu, and in fact when considered as a part of the latter, arguments against the radiator's existence (or, at the very least, placement) within the map begin to necessarily melt away. Egyptian themed maps are no stranger to hidden spytech, to computers or consoles lurking in corners, whether they are beaten down or still immaculate. Players are long used to technology inhabiting these stone citadels in the form of electric lighting, sometimes plumbing, and other such technological accoutrements. There is no reason that a player should find a radiator out of place in an Egyptian temple, and yet, find a computer or lamp and accept it without question. This is simply a matter of exposure, or normalization, of the player's environment. The radiator is strange only because other map makers have not thought to include one in their own works. In this sense, we can see that the radiator is not strange at all, and on the contrary, fits perfectly within Josh. A realist's argument about the realistic nature of a radiator in an Egyptian temple begins to crack once this is fully understood.

But what makes the radiator so compelling as a prop is precisely what it implies about the map itself. Unlike a simple realist, who understands that the map is what it presents itself to be, e.g. in this case an ancient stonework construction ensconced within sandstone cliffs, a true materialist understands that the map is the summation of everything that went into creating that specific tableau. By which I mean that the map is not what it purports to be but rather what has gone into its being. This is critical to the point I will soon make about Josh as a whole. But do not get confused and think that the map is only the summation of track models, resupply lockers, barrels, stone textures, and so on, as though the map is only component parts (models and materials), arranged in whatever arbitrary way Another Bad Pun has determined is best suited to his vision. The map is at the same time the summation of his labor spent planning, drafting, constructing, testing, and editing the map, as well as all the time he has spent eating to remain alive, sleeping to remain sane, and so on, with the understanding that we cannot exclude any activity Another Bad Pun has engaged in to continue his own existence as separate from the creation of this work.

And yet that is not all: for at the same time that the map is the summation first of all of it's digital pieces, and second of all of Another Bad Pun's material lived existence, it is also the summation of the implied people who occupy or occupied the space he has created. What I mean by this is that the existence of the Egyptian temple implies the existence of people who built it: stone masons, Pharaohs, slaves, artisans, priests, farmers to grow food for all these people, warriors to keep them protected, etc.; as well as the people who later came to the temple and reclaimed it from the elements, meaning whatever corporations and groups currently operate and maintain the larger Team Fortress universe at the moment. We can understand this latter group to be the ones who retrofitted the temple with things such as metal doors, new torches, computers, and of course the radiator, which I have not forgotten. (And of course, both the ancient Egyptians as well as the more modern people who inhabit these ruins are understood to have the same material existence as Another Bad Pun, which is to say they must also sleep and eat and so on, and have people who manage those supply chains and protect them and so on, ad infinitum.)

Now we can come to the true value of the radiator. It is now clear that the radiator does exist as a real and necessary component of the map. Its existence as a set of digital files, its appeal to Another Bad Pun, and its place in the material history of this Egyptian temple within the implicit ludic narrative align more than harmoniously enough to justify it's placement. Yet just as the radiator signals a certain sense of unexpected verisimilitude, as if to say to the player "Yes, this is a real space inhabited by people like you," it also signals to that same player that the space they are playing in is a complete fabrication with no material or historical ties to reality. In other words, it reminds players through simple dint of being a surprise that they are playing a game, that the world they are moving around in is a false one, and that the level they are navigating is not one that was naturally or architecturally created.

What is most interesting about this is where the radiator is placed. A realist, who understands the map simply as what it appears to be on its surface, sees the radiator and does or does not react. A materialist sees the radiator and understands the constructed nature of the environment, the constructed nature of the game. A materialist understanding allows us to see that the radiator is placed close to the part of the map which is, in a sense, the most deconstructed: so that just as the player realizes each component part of the map by glimpsing the radiator (the digital files, Another Bad Pun's work and life, the game narrative itself), they also see the point of the map which yawns open near the end. The wooden walkways, stone pillars and buildings, the rocky dirt displacements--all these circle the tallest, most fascinating area of the map itself, the area at which the map deconstructs itself just as the player has mentally deconstructed the map. It's at this point that certain other decisions begin to make sense: coffee machines, Minecraft torches, traffic cones, a kangaroo cutout, and so on. These choices resonate with the necessarily and fundamentally constructed nature of the map.

Meaning, far from being out of place, as a realist might say, the radiator is in fact in the place it is most perfectly suited to, for just at the moment that the materialist player sees it understands the fully constructed nature of the map, so too do they see the deconstructed pieces of the map itself laid out as bare gameplay space. This harmony between the form of the map and its content has never before been achieved in Team Fortress 2. In this sense, though pl_josh seems unconventional, it is actually a return to form, a stellar example of map making. The radiator unites design with message; gameplay with narrative; reality with material history.

For while the history of all hitherto existing TF2 maps has been the history of class balance struggle, Josh shows us that there can be a future wherein that is superseded by pure team struggle as a result of the ludonarrative alignment with virtual combat space. This last point will be explained more fully at a later date. Suffice to say that the radiator is the most singularly important prop in the history of tf2maps.net.
Last edited: Apr 7, 2019

how eloquent, here's a 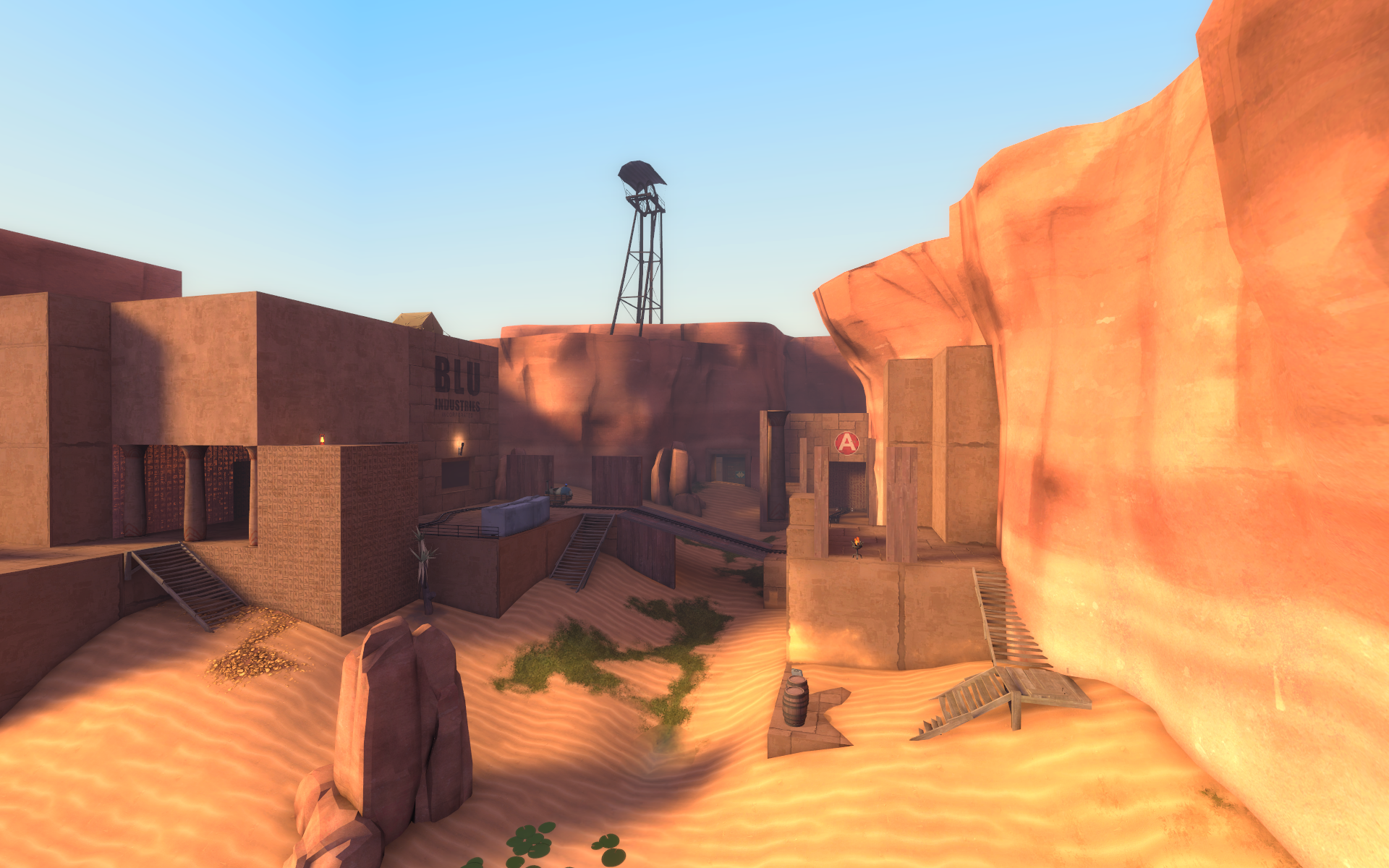 I owe you no explanation

Read the rest of this update entry...
Toggle signature
|| DOG3 || DAUPHIN || MEGALO || PELICAN PEAK || JINN || CAPER ||
Ko-fi
mr. toaster☪︎i honor christ: theres 100s of sightlines and 100s of flanks this map was made by a computer algorithm
You must log in or register to reply here.
Top Bottom