Download
You are using an out of date browser. It may not display this or other websites correctly.
You should upgrade or use an alternative browser.
Overview Updates (12) History Discussion

This map is the result of a collaboration involving @chin, @phi, and @Another Bad Pun. It's a remake of the map ctf_banja, a predecessor of "chin style ctf."
The aim is to create interesting CTF gameplay by spawning the Intelligence on an exposed platform. This makes stealing the Intel easier, but capturing it at your own base harder.

Here is a new thread for this map, as @phi no longer uses this site.

The sewer route which leads directly to the Intel is now a one-way door and cannot be re-entered once exited.
New spec cams
Misc Changes
Click to expand...

Would be a good map Id run on my server but there is a weird drawing in the map next to some milk. Very off-putting. Probably shouldn't have a watermark where players play 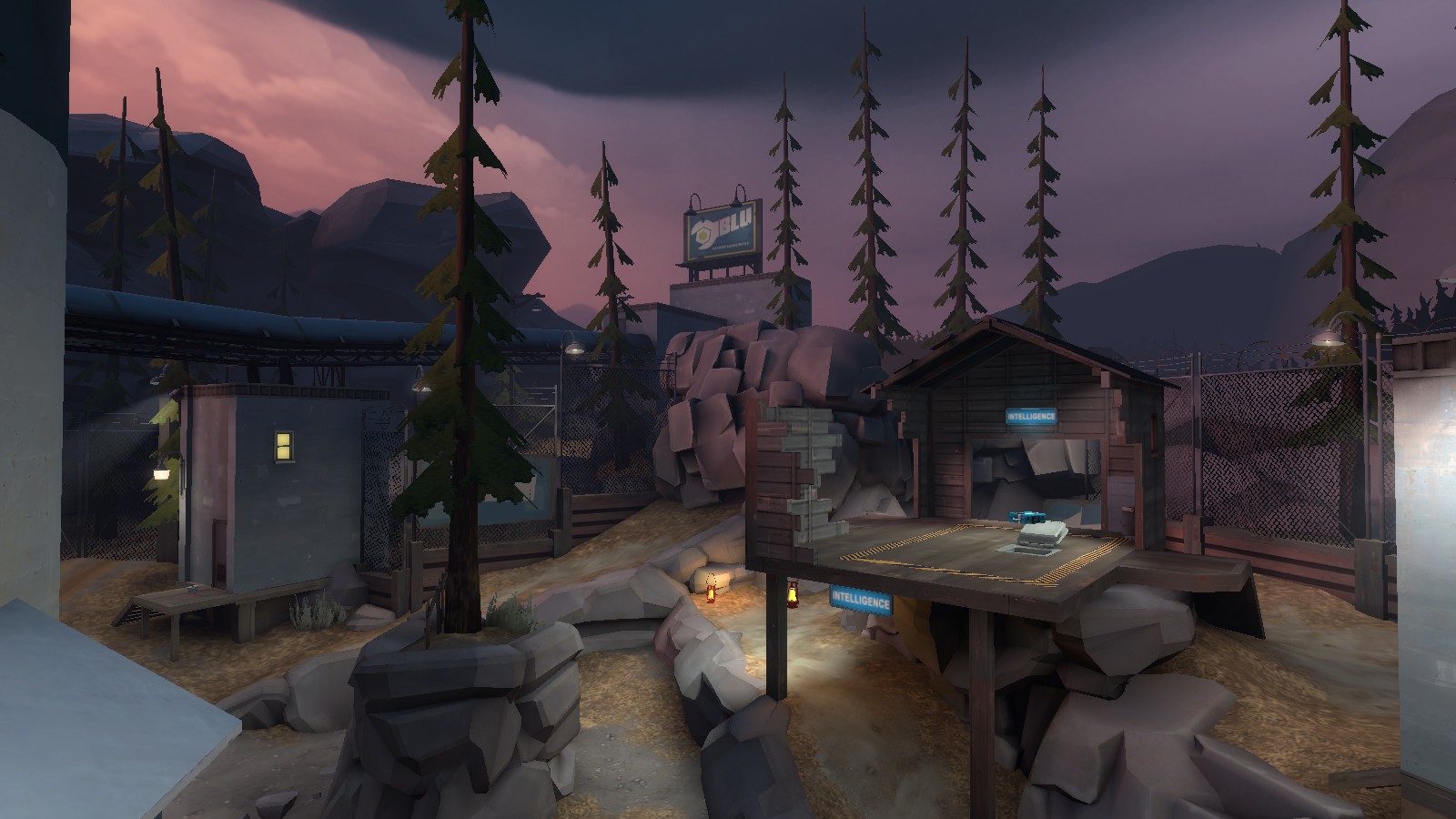 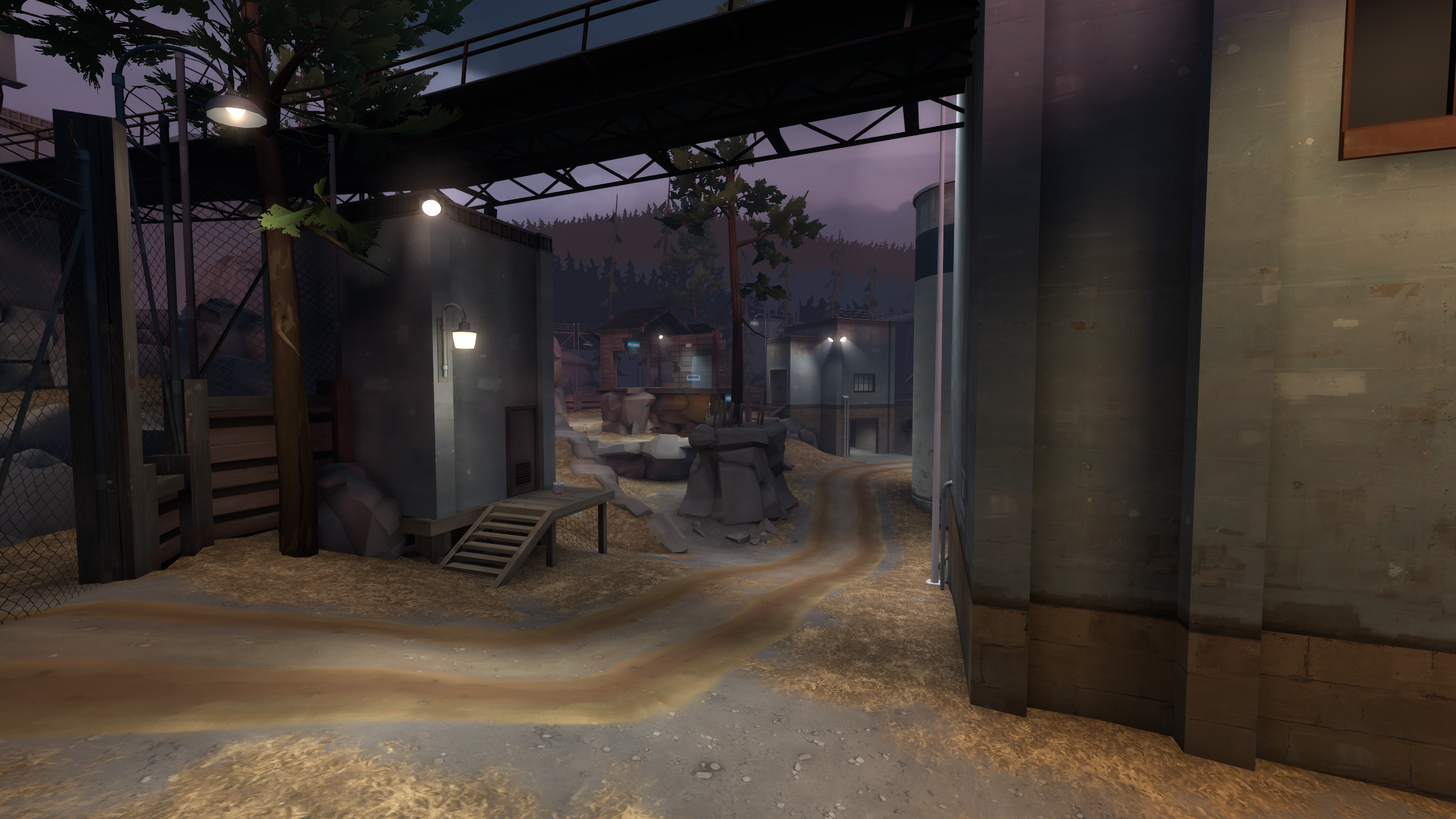 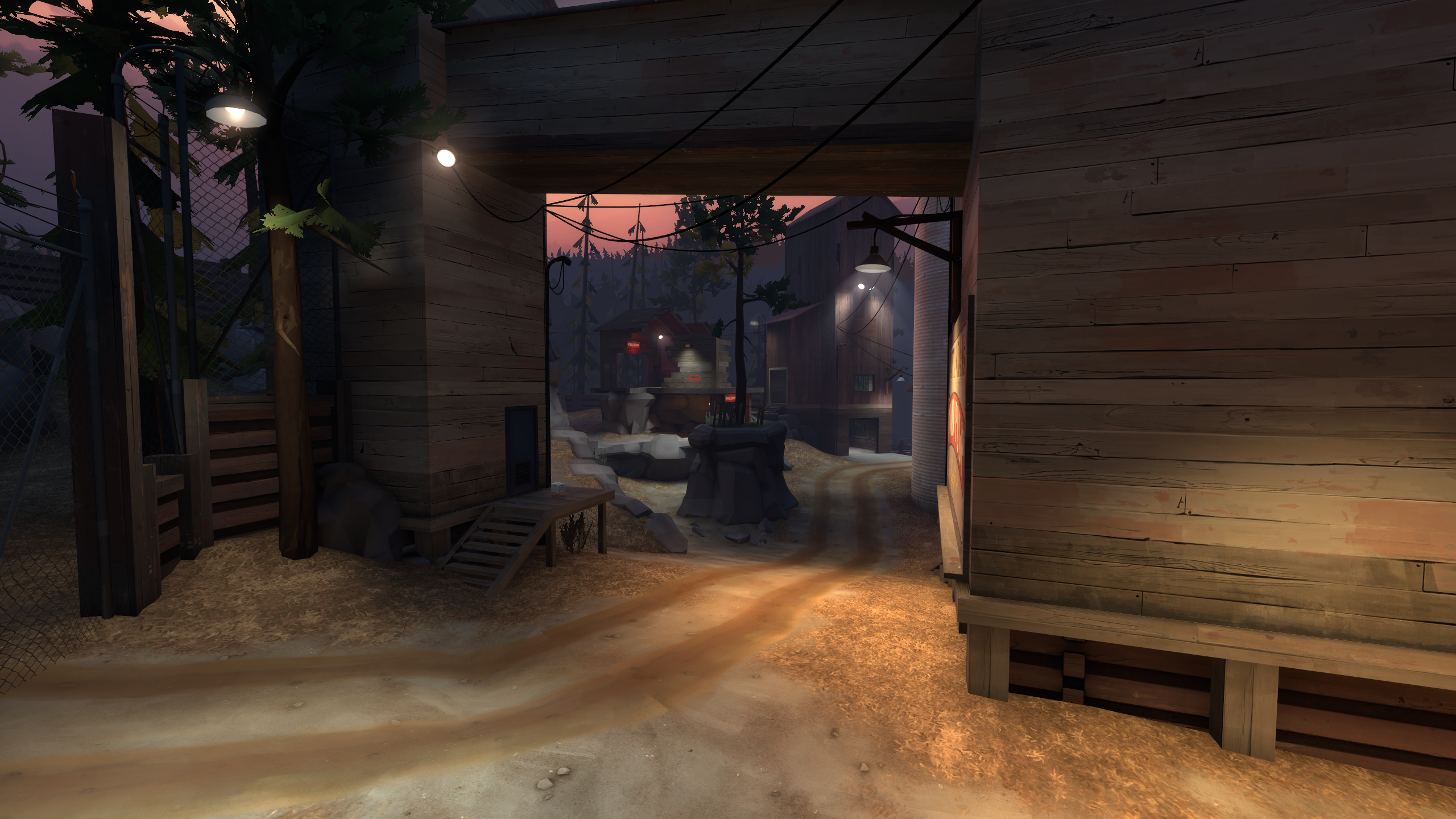 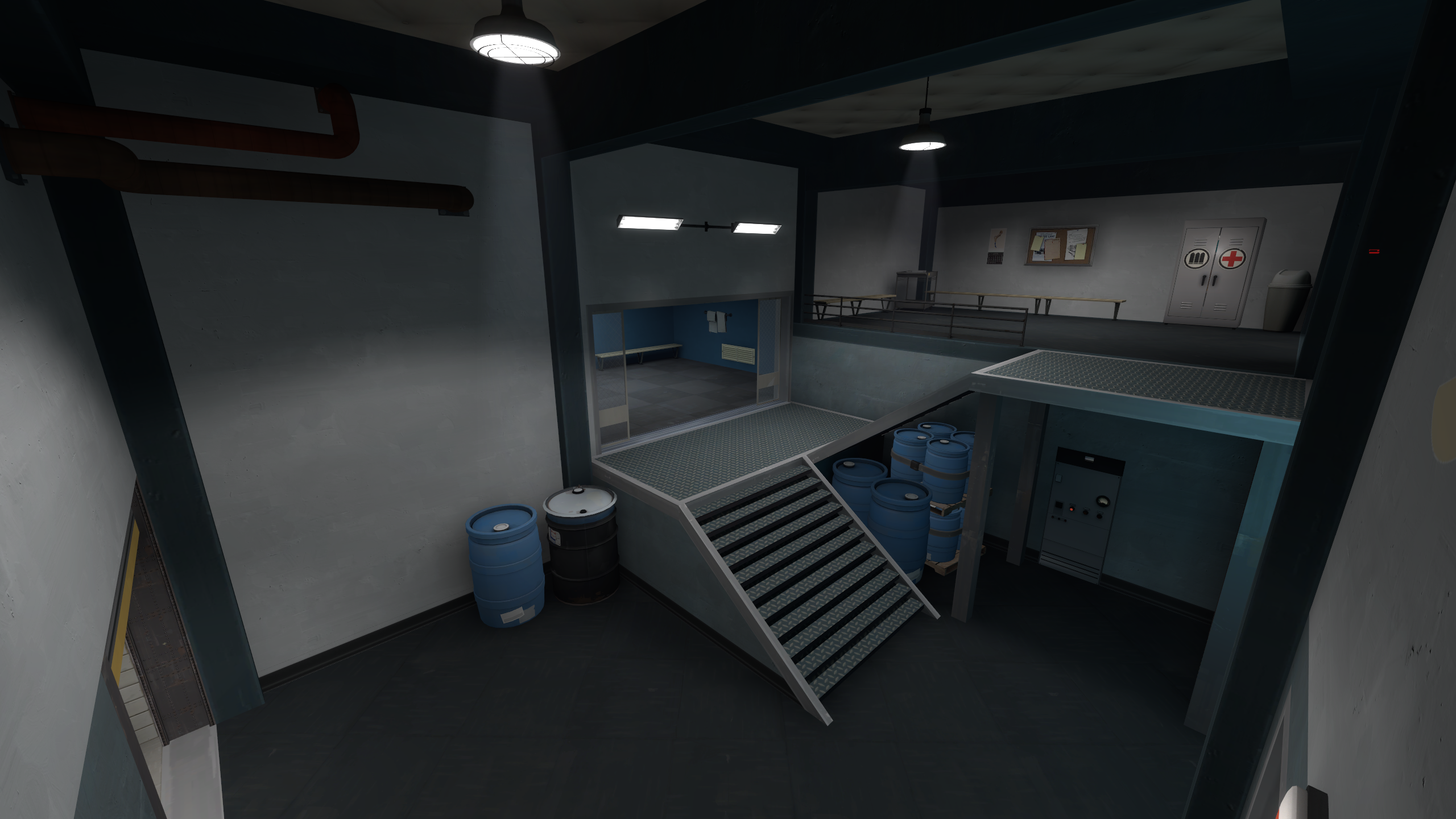 In the remote mountains of Pelican Peak, no secret, no sentry, no briefcase is safe...
https://steamcommunity.com/sharedfiles/filedetails/?id=2886563496 my opinion: unfiltered and brash as it is

It feels as if the primary hook of a CTF map, the middle, is the weakest on this map. 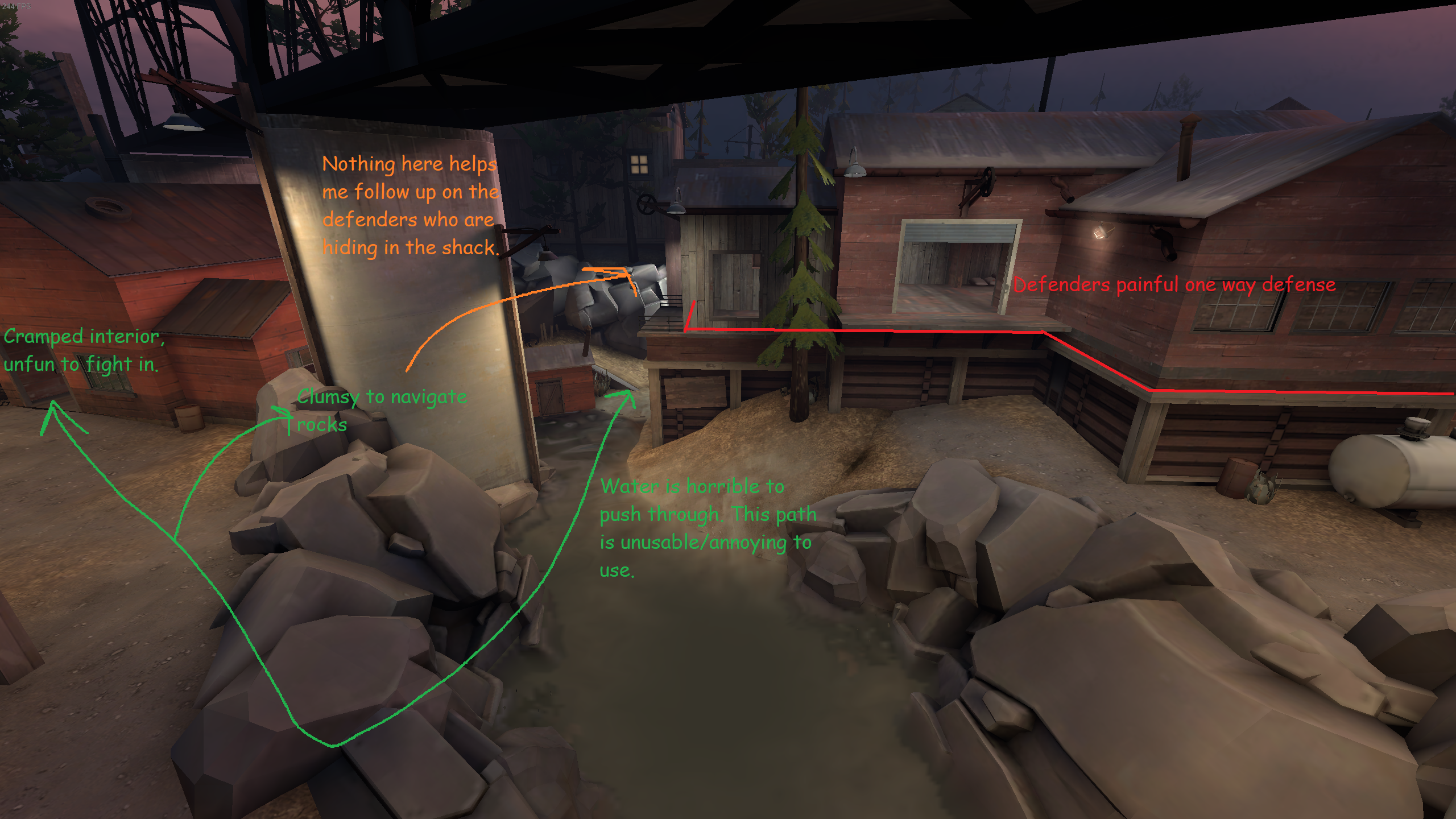 Not to be a douche, but each section of the mid doesn't complement any other section of the mid. I fear massive stalemates and generally slow gameplay that doesn't feel directly rewarding or engaging will prosper. The mid doesn't call upon a team to congregate and solve a goal, it instead asks that individuals fight their own fights on clunky terrain while the players in the one-way high ground lob spitballs from the furthest recline in their gaming chairs. How does a combo of heavy/medic/other create a bubble large enough to milk past and reach the sentries at the other side of the building when they already have to deal with hellish water combat while being antagonized by players they can't follow up on? I'm phrasing this as a question only to condescend and sound arrogant, truthfully I don't know the perfect answer but I can make suggestions:
I would suggest reformatting the middle: try to blend the combat spaces of outside to inside in a less binary way. Then add a connecting bridge or large walkway dead center to allow direct combat. (At the minimum remove the water, or make the water shallow/flat.) 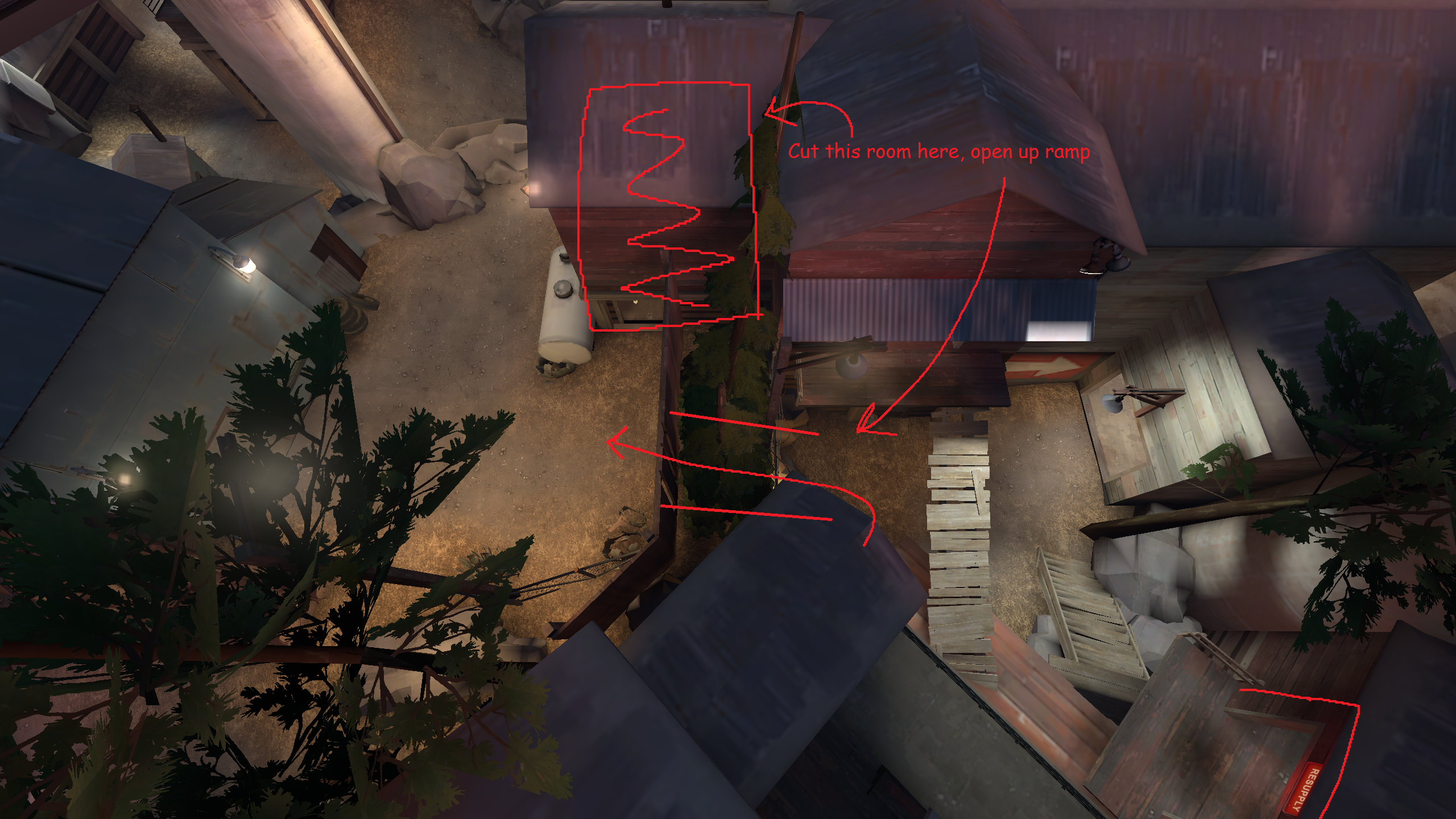 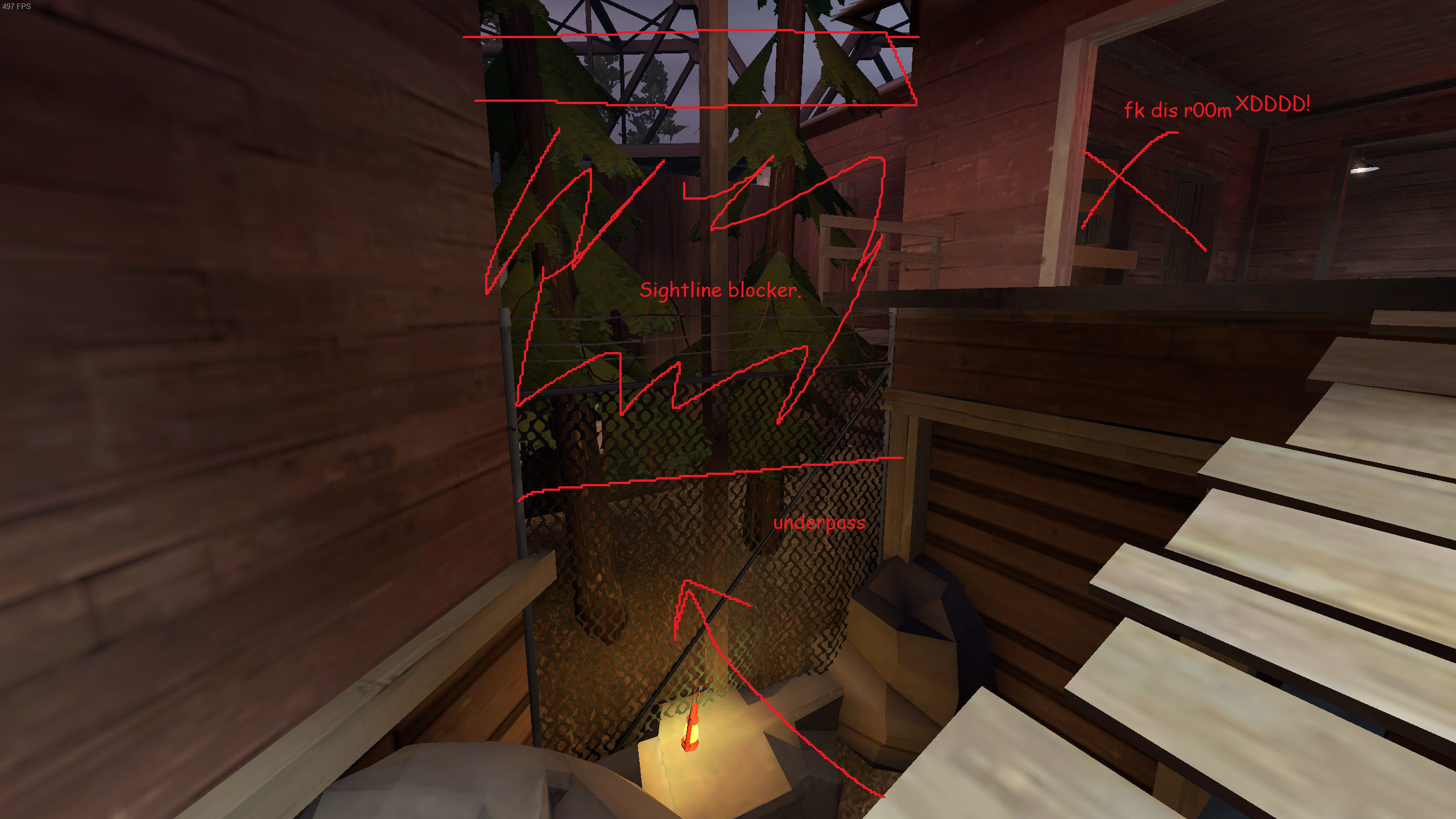 From here ill refer to [ img#1=Image top ] and [ img#2=Image bottom ] as such.
Why I would change this area.
Dead ends: when the stink is really bad. Ignoring the MSPaint scribbles in img#1: unedited there are dead ends on either side of this space, then a clunky room with a one-way door connecting each path to one another. My suggestion aims to streamline the one-way door, remove two dead ends and make a new interesting route to use for attacking and defending (Of course more changes would have to be made to surrounding geometry for accommodation, of which I don't have the time to draw).
There would be an overhead sightline blocker as shown in img#2 to allow defenders to still cross into the building without being damaged, as well as aid defense and possibly block a sniper sightline.

Moving on to nitpicks: 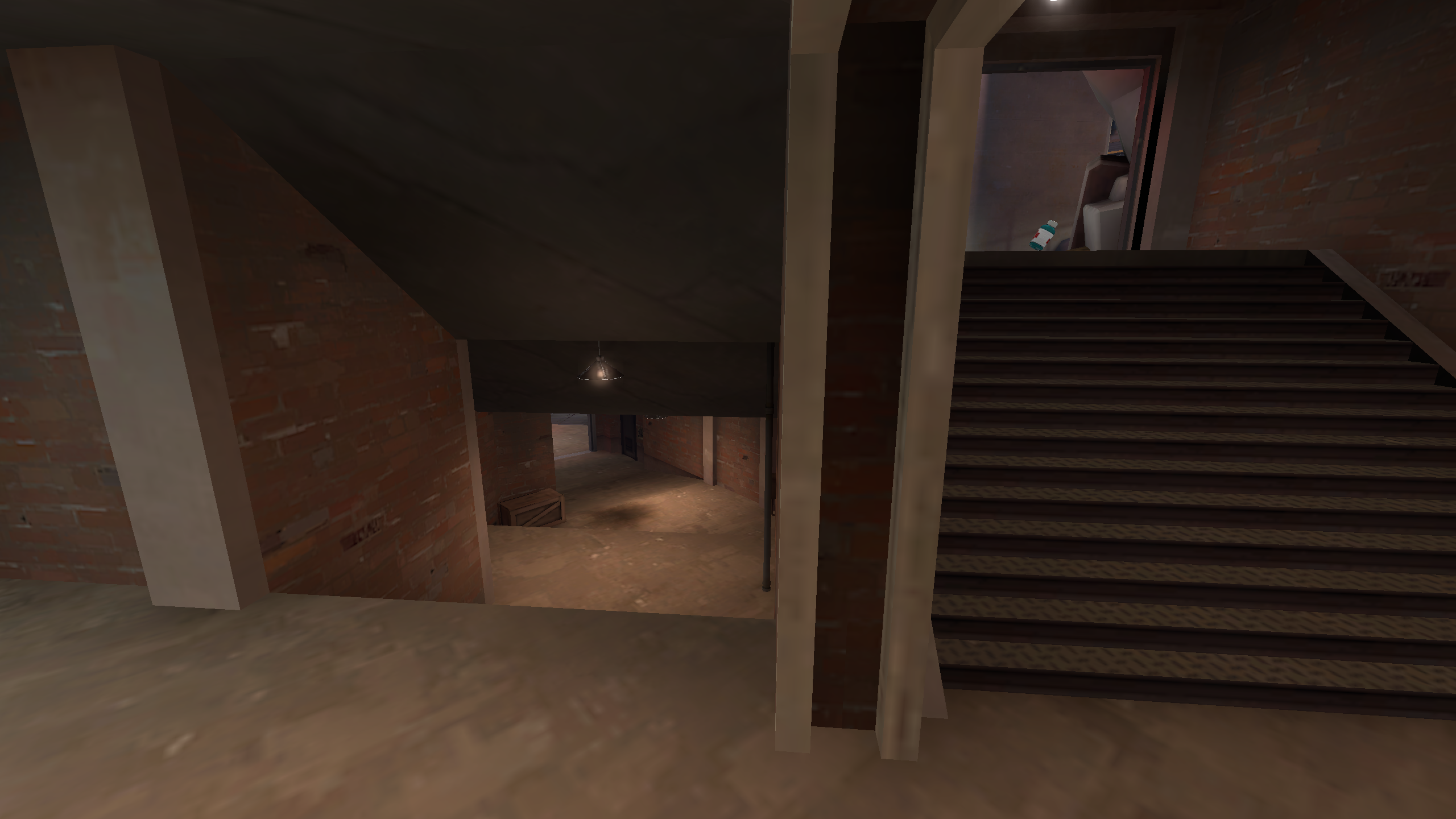 This hallway feels 'anti-combat', and could be made more spacious, Aswell the sewers are generally 'mazelike' (I'd blame my inexperience as well as my lack of motivation to learn a map that blatantly aggravates me in its current state. Aggravation that bread this post presumably. 'lol'.) 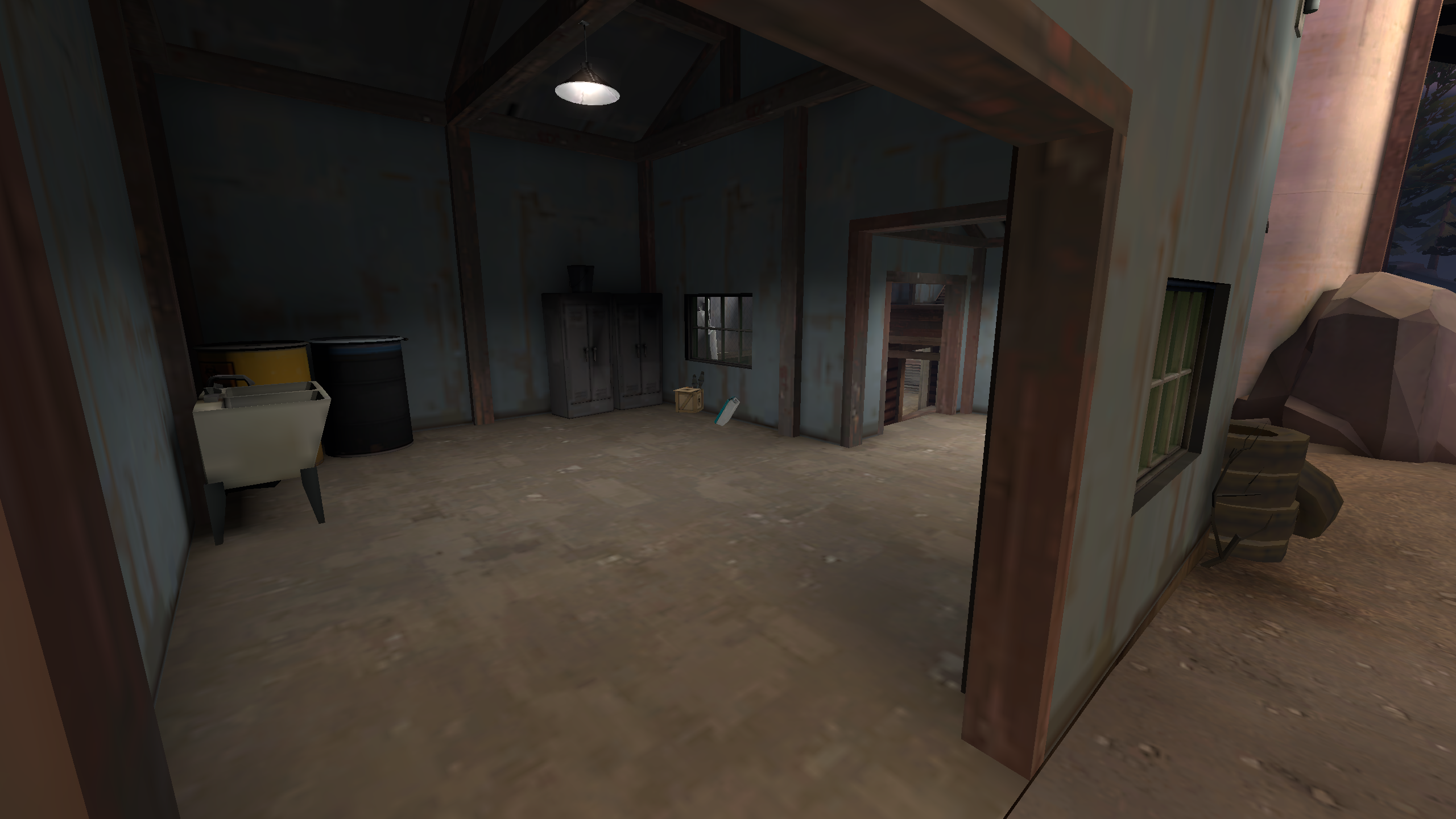 The pickups and pathing make the left side of this room dead space. (Image top of this) 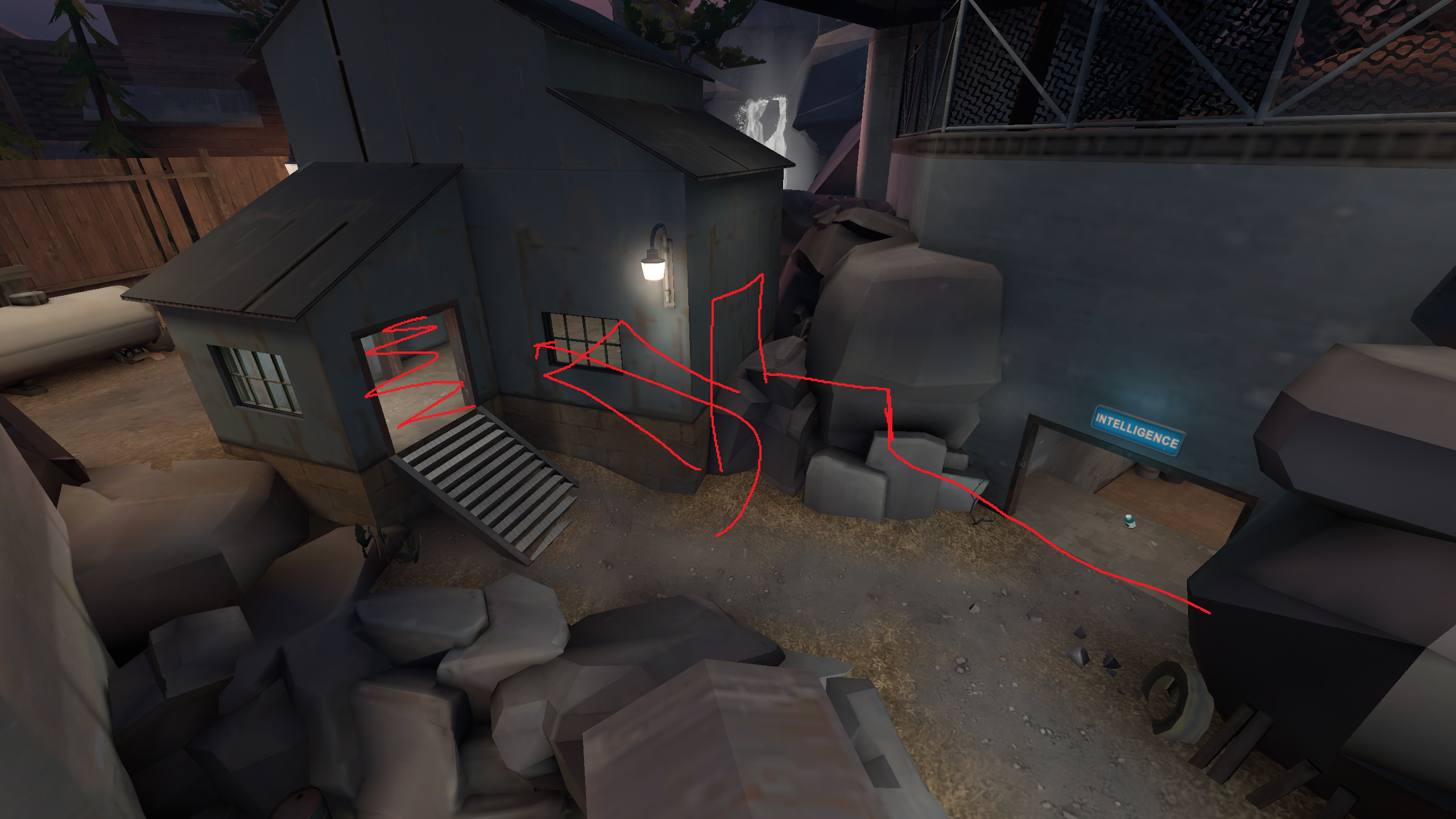 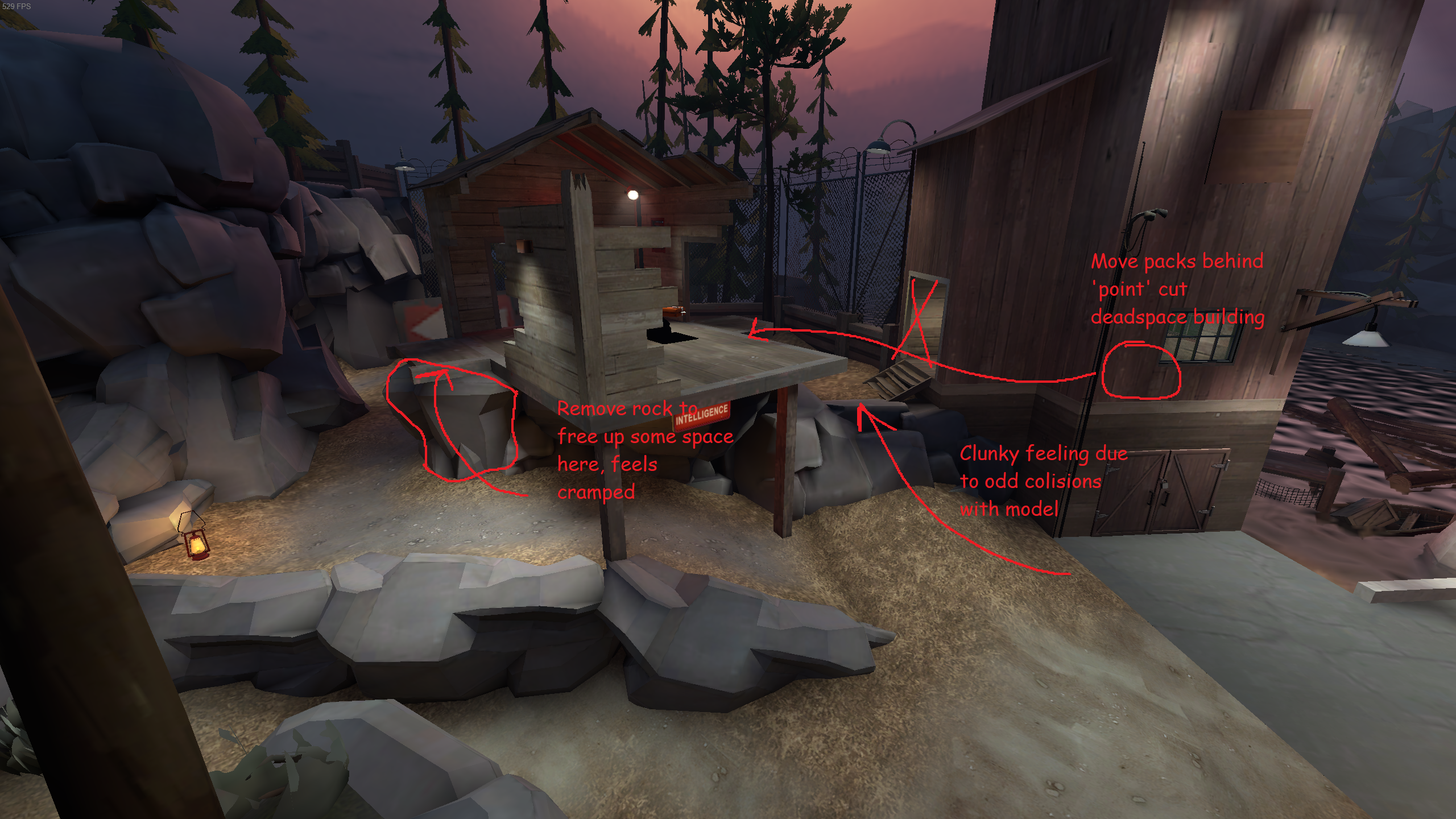 Nitpicks, e blah blah, e blah...
Bottom line is that the space here is the pinnacle of the map. I feel it should be the most picked apart. so I complained about it xD111.
Seriously though, Almost there just needs to hone in on the perfection. If you get anything from me writing this, please at the minimum change this.


Conclusion: Might perceive it as "too late" to make a lot of these changes, however, if anything here speaks to you I am willing to help if necessary. I'm glad I could dump my thoughts somewhere at the least. Any questions or further explanations can be found by messaging: PigPig#8052
Stating this to be transparent: I am not here to rag on your map, please contact me if it feels that way.

Toggle signature
In the afterlife, we will question if anything of value even existed, to begin with.
- Mavis Beacon 1995 readme.txt

I was originally going to reply saying how mid wasn't the problem and the problem was always that scouts could just go under mid with the underground route and cap your intel for free. But then I loaded up the map, and it turns out they actually can't do that unless their team owns mid.

So, my experience with getting repeatedly rushed by scouts doesn't actually arise from the underground route, it arises from the difficulty in holding mid. As the team's engineer, I never want to go into mid, because all of the routes basically lead into the sightline of the highground one-way window, so I'll never be able to build a good sentry.
Entering mid is also hard because the routes are very split - the most obvious route is the badlands-style lowground, but it's vulnerable from every angle, and if you happen to want to rotate to the other route, you're gonna have to backtrack all the way around the connector building and take ages.

And, since the team who owns mid owns the underground route, you have to constantly play in positions where it's easy to backtrack to the intel room and stop the scout from getting out, which makes it even harder to commit into pushing into mid, especially as a single player with a not-so-aware team.

I think mid is designed to be dangerous to exist in, so it's hard to hold and changes hands often. But I think the way the map does this actually makes mid significantly harder to retake, as I've said already. So I think the opposite approach, where mid is very safe but has few routes to push in or out of, would be more fun and lead to mid changing hands more often.
Toggle signature
I write guides:
[GUIDE] What makes a good KOTH map?
[GUIDE] Class Balance through Geometry
[GUIDE] How to make a good Attack/Defense map
[GUIDE] Navigating the Secret Dynamics of Single-Stage Payload​ 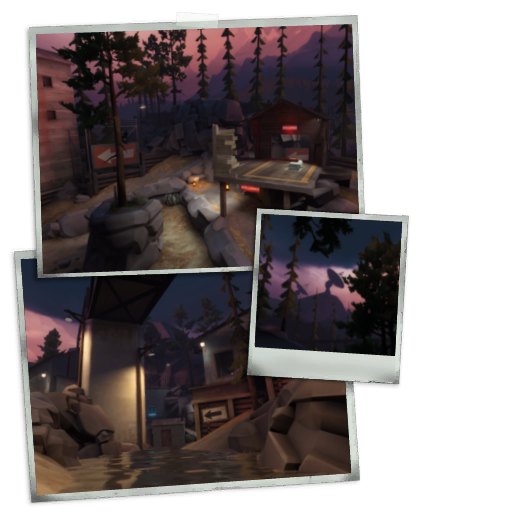 Read the rest of this update entry...
Toggle signature
|| DOG3 || DAUPHIN || MEGALO || PELICAN PEAK || JINN || CAPER ||
Ko-fi
mr. toaster☪︎i honor christ: theres 100s of sightlines and 100s of flanks this map was made by a computer algorithm
You must log in or register to reply here.
Top Bottom