Download
You are using an out of date browser. It may not display this or other websites correctly.
You should upgrade or use an alternative browser.
Overview Updates (5) Reviews (3) History Discussion

Want to fight for a point awkwardly built over a river? Well, I got you covered!

Waterfront is a fast paced single control point map, set in a lumber mill along the river. Pine trees and grass wave in the breeze as you riddle your adversaries with lead. Boats bob and water flows as people are gibed. It's the perfect contradiction of beauty.

The map is fully capable for a 24 player server. Health kits heal, spawns are functioning, and the point indeed caps.


Change Log: a1c_21
-The spawn now has its own detailed building. The interior is now proper and the outside looks like an actual building.
-The spawn has been slightly raised.
-All randomly placed lights have been replaced with prop lights and have been toned down for optimization.
-The medium health and ammo kit have been moved up against the fence, while a new set of mediums is now near the dock.
-The small health kits on the point have a small ammo kit too now.
-Water has been added where it belongs on the dock.
-The texture under the water has been changed.
-Trees have been added beyond the boundaries for atmosphere.
-Fences have begun to take the place of brush walls around the map.

If I missed anything I would be happy to add it to the log.

Main Issues:
-Getting it tested.

Notes:
-This map need to be tested. I can't progress on the map until testing takes place.
-I will have a BSPZip for hosts ready in the near future 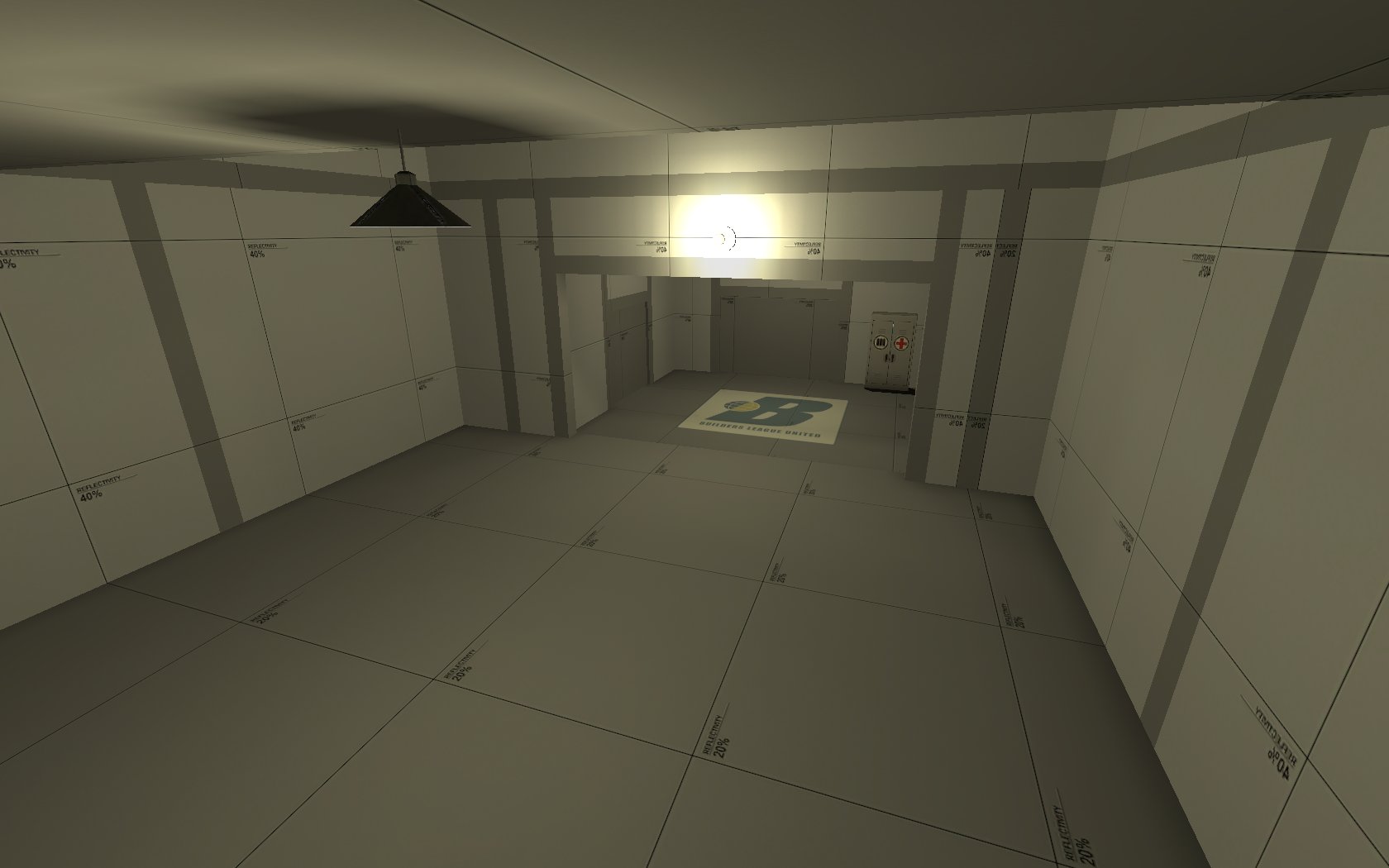 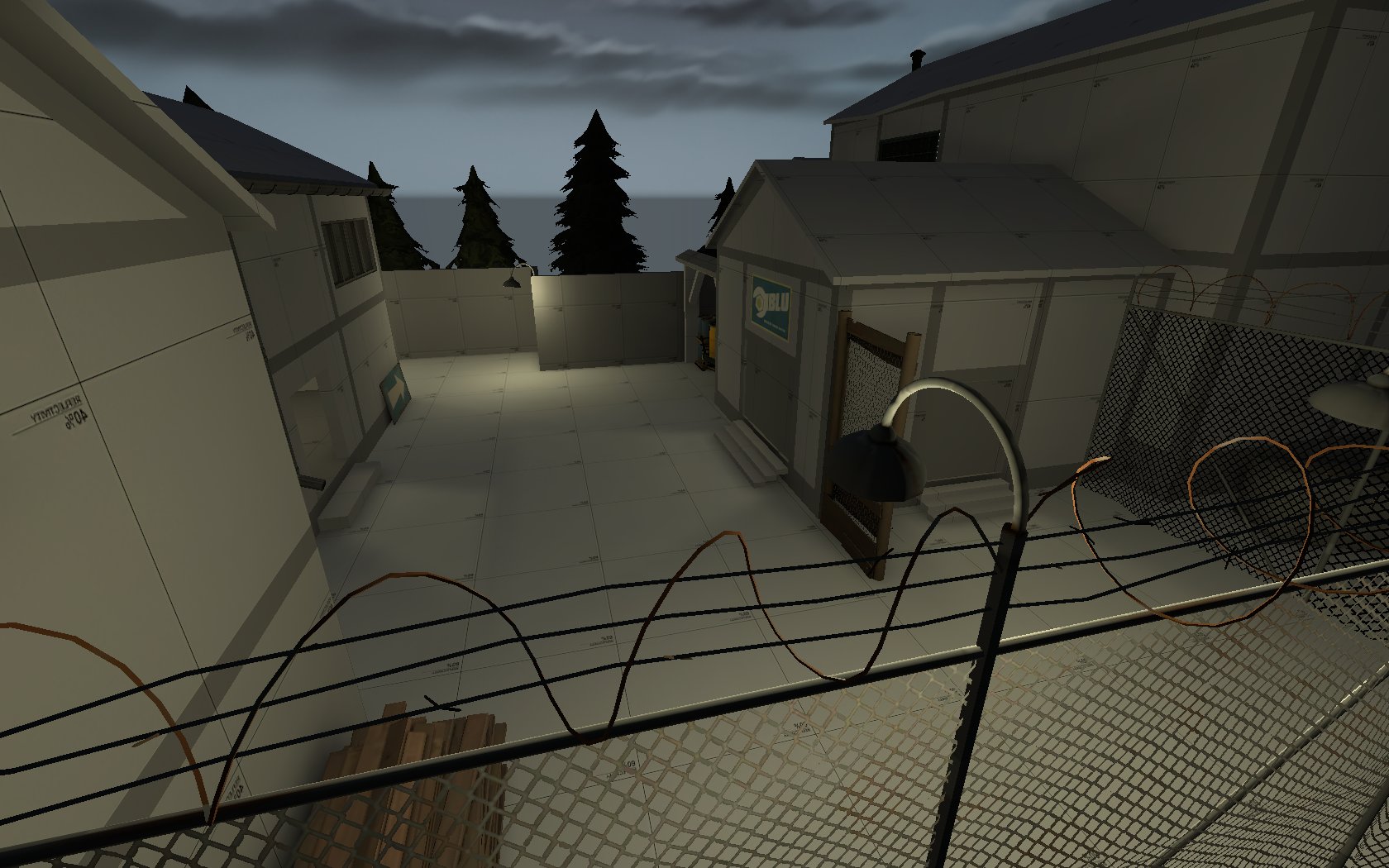 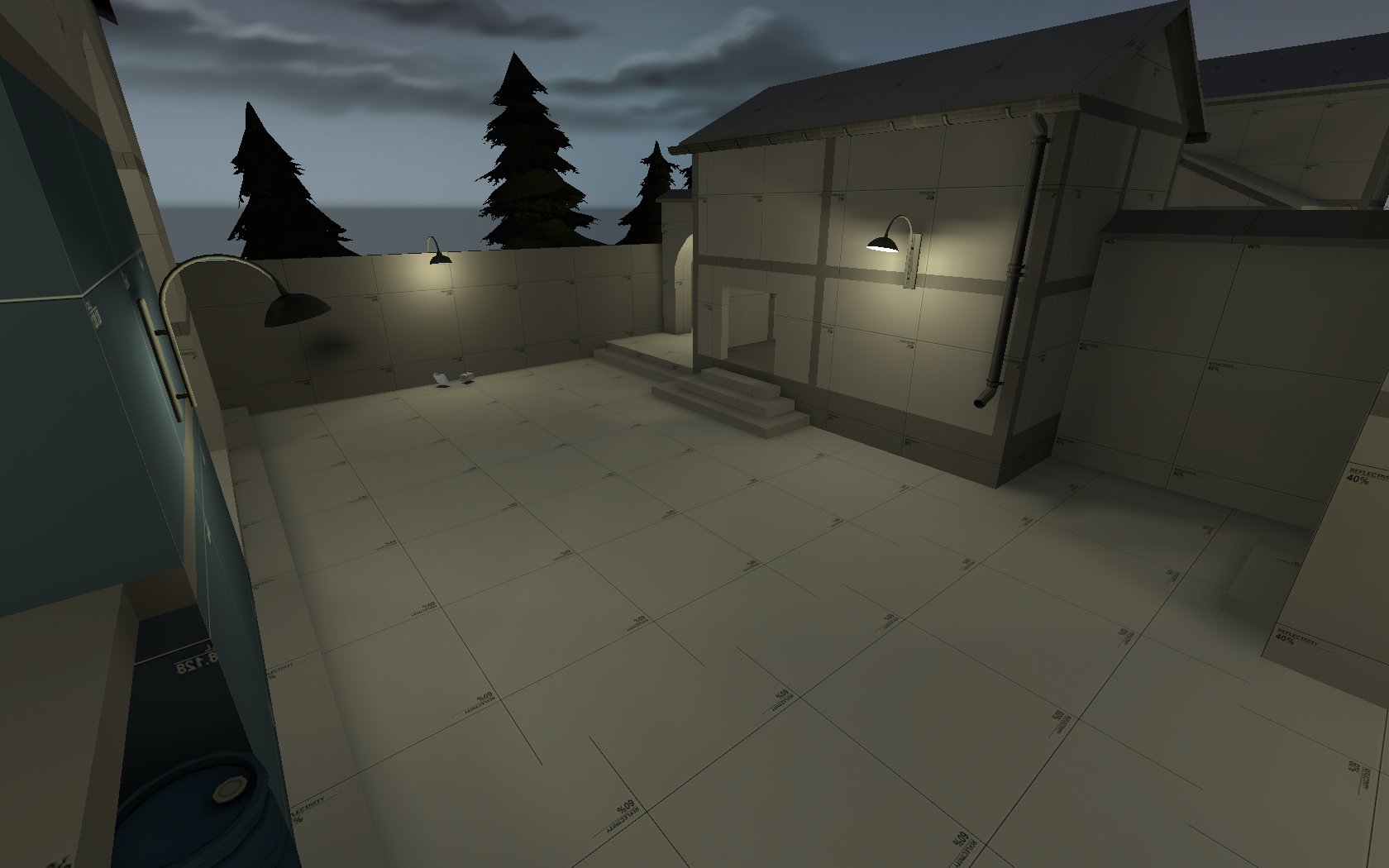 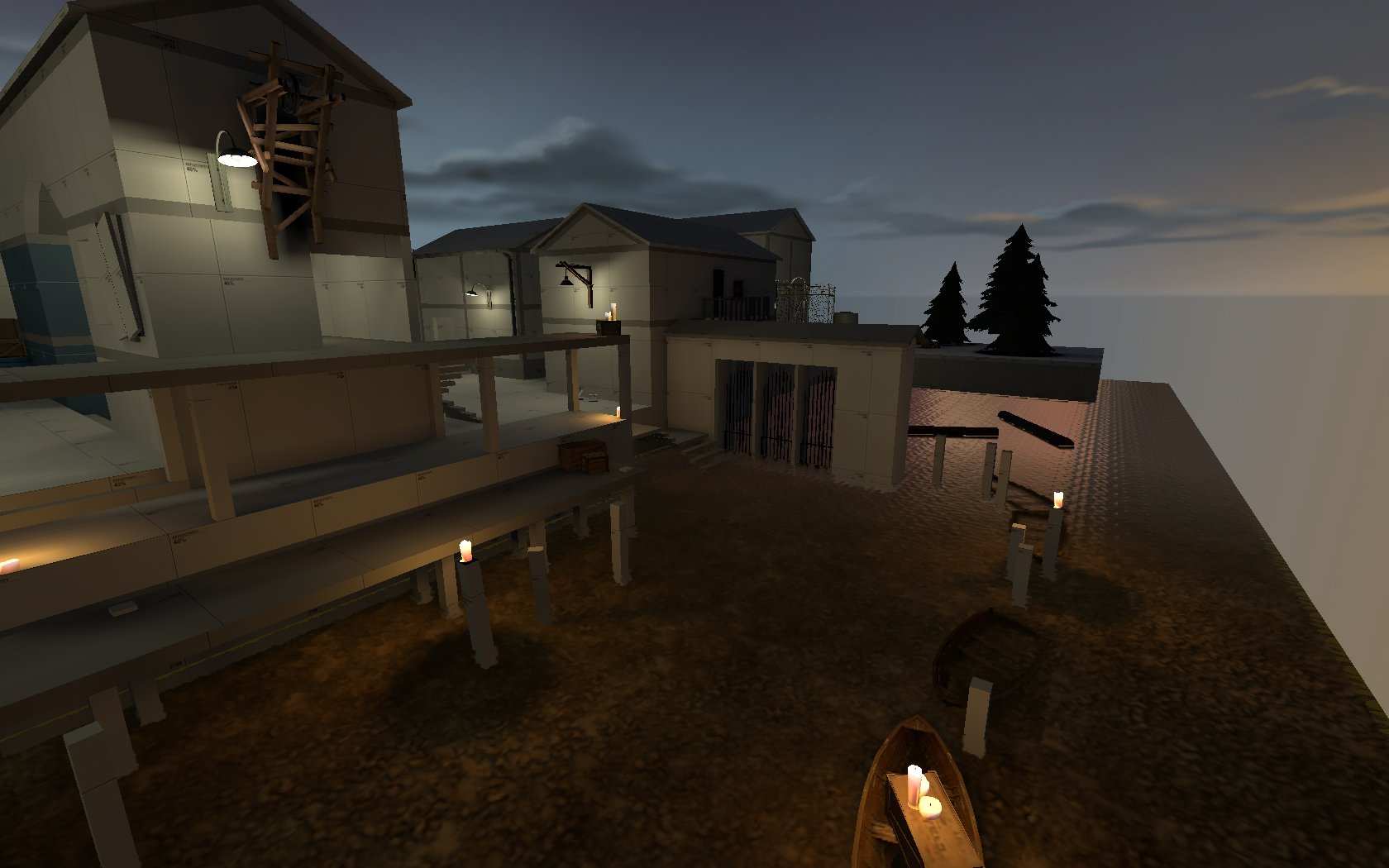 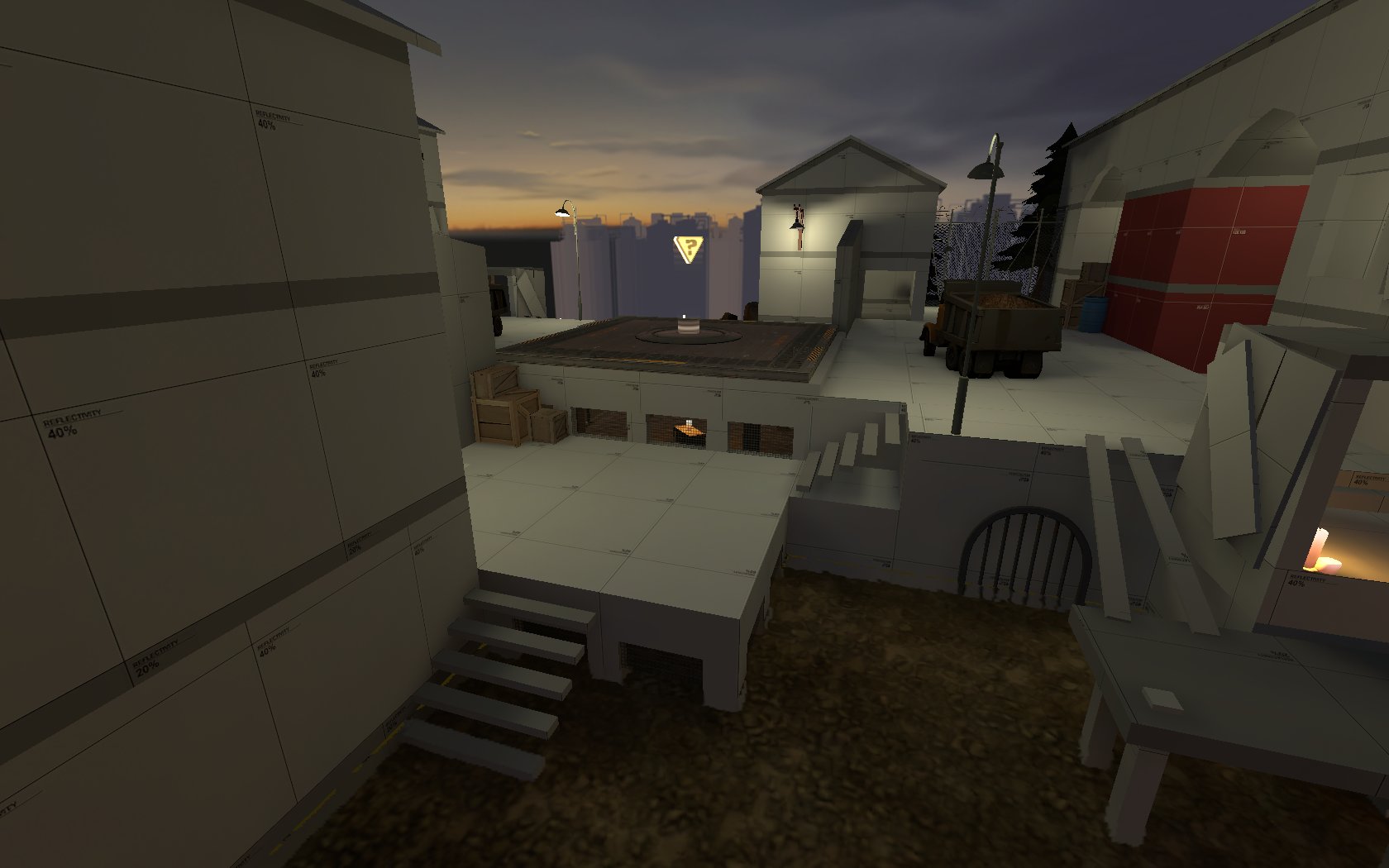 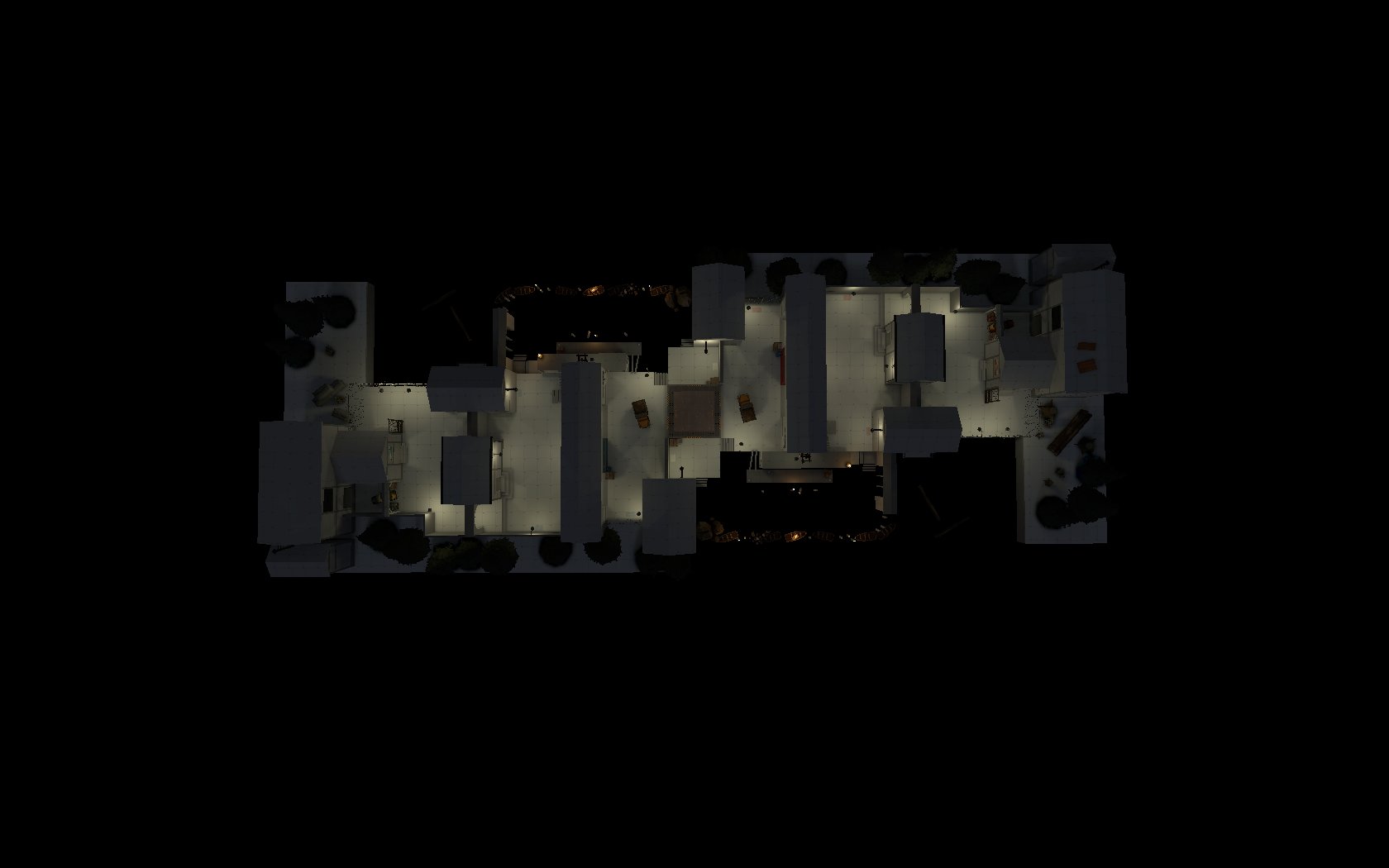 Looking fairly well so far! May need some background props for the skybox.

SturmTea
Thank you for taking a look at it. I'll be bringing a skybox in on the next version.
This map is great! It's got good flanks, good Cap design, and it feels like I could have played it for hours. Sadly; I could only test it with bots, but it was still loads of fun! I did find 2 things, however. https://postimg.org/gallery/d8muydoi/ed9549f7/
1. Some of the lamps do not touch the building, and float just off the wall.
2. You cannot shoot through the area in the second image, though this may be intended.
But overall; great map, especially for A1!

SturmTea
Hey! Thanks for taking a look at it!
Very good for a starter.
Read more…
Top Bottom