Download
You are using an out of date browser. It may not display this or other websites correctly.
You should upgrade or use an alternative browser.
Overview Updates (2) Reviews (2) History Discussion

Overview:
Arena_Discovery is cliffside-excavation of an old Mayan waterfall temple. To spice the mode up, there is a random 1 in 3 chance that the round will spawn a special Knockout powerup on top of the giant head in the center of the map.

Objective:
To win, either kill all the enemy players or, after 1 minute, capture the center control point that forms from the collapsed bridge.

Just for comparison, here are some of the concept art pieces I used to help make the map. The map was themed after a Balinese Temple, by the way. 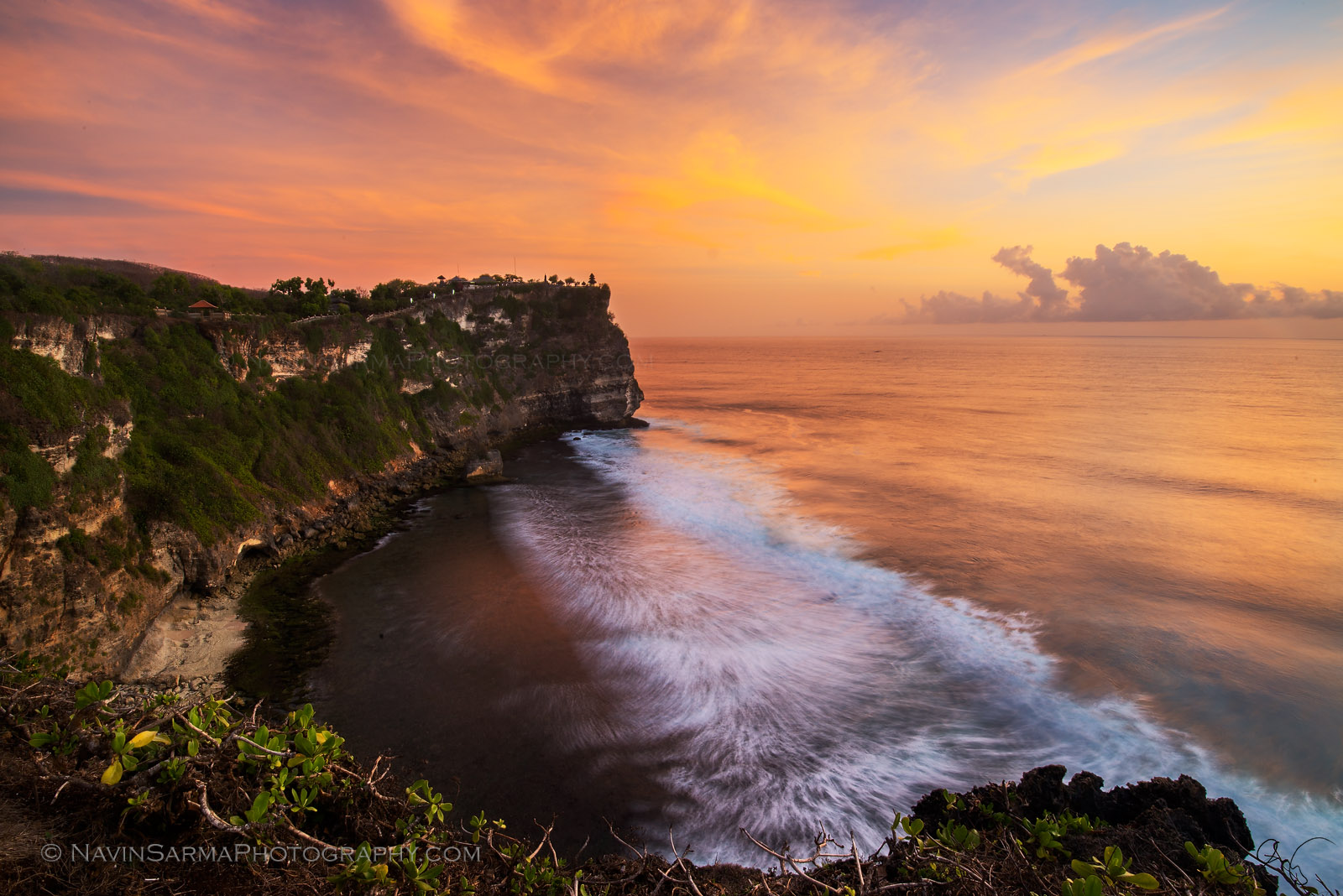 A little bit of all of this somewhere in the map. I like the last image especially. Oh and I got that from here if you wanted to see more things like it.
Last edited: Jun 20, 2014
Toggle signature

Last time it was still possible to get killed by the bridge... can that be fixed?

Trotim said:
Last time it was still possible to get killed by the bridge... can that be fixed?
Click to expand...

I hope so! I saw that happen to an unfortunate heavy in one of the playtests we had, and so it's on my to-do list. I'll look into fixing it today actually.
Toggle signature

Since Egan hasn't pointed this out on this thread yet, arena_discovery has been picked up as one of the maps used for the competitive 5v5 version of Arena Respawn:

- Redecorated for Mayann.
- Added a new jump route from mid cliff crates to top of stairs.
- Added a small perch point near top of mid structures.
- Added a 1/3 per round chance that a knockout powerup will spawn on top of the head at mid.
- Made waterfall noises desynced so they don't collide.
- Improved optimisation across the map.

I've always loved this map. Happy to see you're submitting it to the Mayann project.

Egan said:
- Added a 1/3 per round chance that a knockout powerup will spawn on top of the head at mid.
Click to expand...

I thought tf_powerup_mode had to be set to 1 to use Mannpower powerups. Or is that not the case? Or are you point_servercommand'ing it?

Egan said:
- Made waterfall noises desynced so they don't collide.
Click to expand...

@sevin I use the addcond with a dynamic prop and some other craziness.

The noises collided - as in - the same sound was coming from multiple ambient_generic-s and if you moved through different sections of the map quickly you'd hear this strange waterfall echo which was very off putting. Now each waterfall amb_generic starts like 0.1 seconds after another so that doesn't happen.
Toggle signature

Egan said:
@sevin I use the addcond with a dynamic prop and some other craziness.

The noises collided - as in - the same sound was coming from multiple ambient_generic-s and if you moved through different sections of the map quickly you'd hear this strange waterfall echo which was very off putting. Now each waterfall amb_generic starts like 0.1 seconds after another so that doesn't happen.
Click to expand...

Can you explain the addcond stuff? Might be interesting. Gotcha on the echo thing.

Also, took a quick peak around and noticed a few things.

Was really confused by the knockout power-up at first. Curious to see how it plays out in-game, but it seems kind of gimmicky?
Toggle signature
I have no nose and I must scream

@Zed I mean, it is gimmicky, but it only happens 1 in 3 rounds, and it only affects someone's combat ability, but not over-powered-ly so. It's not like inf. critical hits that just eliminates an entire team; you get more knockback on a map with a big death pit but you are restricted to melee. Being restricted to melee limits your ability to hit people from afar, so you're also given that whip speed. The addcond gives you a bonus to health as well though, which I haven't tested out extensively, but we've got time to do that.

It also only affects one player, and the player can still be killed, and then you can take the power from their corpse (if a RED guy dies with the powerup, only BLUE guys can take it next - as defined in mannpower).

@sevin https://wiki.teamfortress.com/wiki/Cheats #103 is Knockout which you can apply to a player with https://developer.valvesoftware.com/wiki/Trigger_add_tf_player_condition . I had to do extra sounds & effects just to make it feel better when you first pick it up though, for some reason the powerup doesn't work 100% if you just acquire it with the addcond. Couldn't say if that was just for this powerup or as well for the others.
Toggle signature

I have da feedback The prop fade is really noticeable. I see this problem a lot with oceans in tf2 the skybox ground and the real ground are not alighed.

But aside from that i love this map :]
Toggle signature
MAPS/TUTORIALS
ukiyo - rural - sai-bay
detailing-and-how-to-avoid-going-overboard-with-it
"Hammer is like a koala it doesn't like to do things"
​

I figured now is a pretty good time to fix some lingering issues from rc1, even though I know it's not really realistic that an arena map could added in-game these days. Should be more enjoyable.

Changes from rc1:
- Changed the custom .mp3 files to .wav, this does increase the filesize by 4mb, but I was having semi-consistent .mp3 decoding issues previously (sometimes the sounds didn't play).
- The knockout powerup movement speed bonus has been changed from +33% to +500%. In tests it showed that while the move speed bonus was headed in a good direction, it wasn't extreme enough to be useful. Now it should be, and also a bit goofier which is fun.
- Added in some small sightline blocking fences to mid. These don't break the major sightlines in the map but they do help you feel safer walking around in the middle area, which is important when there are a lot of things happening there.
- Made the screen shake that plays on 'special powerup round' less subtle. Should better represent the idea it's a special round. It's kinda a subtle change but it seems to help.
- Adjusted some clipping.
- Adjusted some textures.
- Adjusted some prop fade distances.