A variation on the basic ctf mode

This is a small map intended for a variation on CTF.

Instead of having to cap the enemy intel a few times, you will see a timer and no number of caps.
Once the timer counts to zero, the team wins which has more flags in their base. Flags can be picked up from a flag pile, 5 of which can be found on the map. One in each base, that is filled up by players and counts for victory, three neutral ones in the middle that initially contain all flags, 2 of which start out locked and become unlocked later. A pile will respawn it's flag immediately upon pickup, as long as it isn't empty, allowing many flag carriers at once.

To properly play this map, change tf_flag_caps_per_round to something very high like 3000, otherwise the game ends too early and can't be properly played.
If you have an idea on how to fix this, let me know.

Opinions and criticism on the flow of the map, the game mode and tips for the graphics are well appreciated. 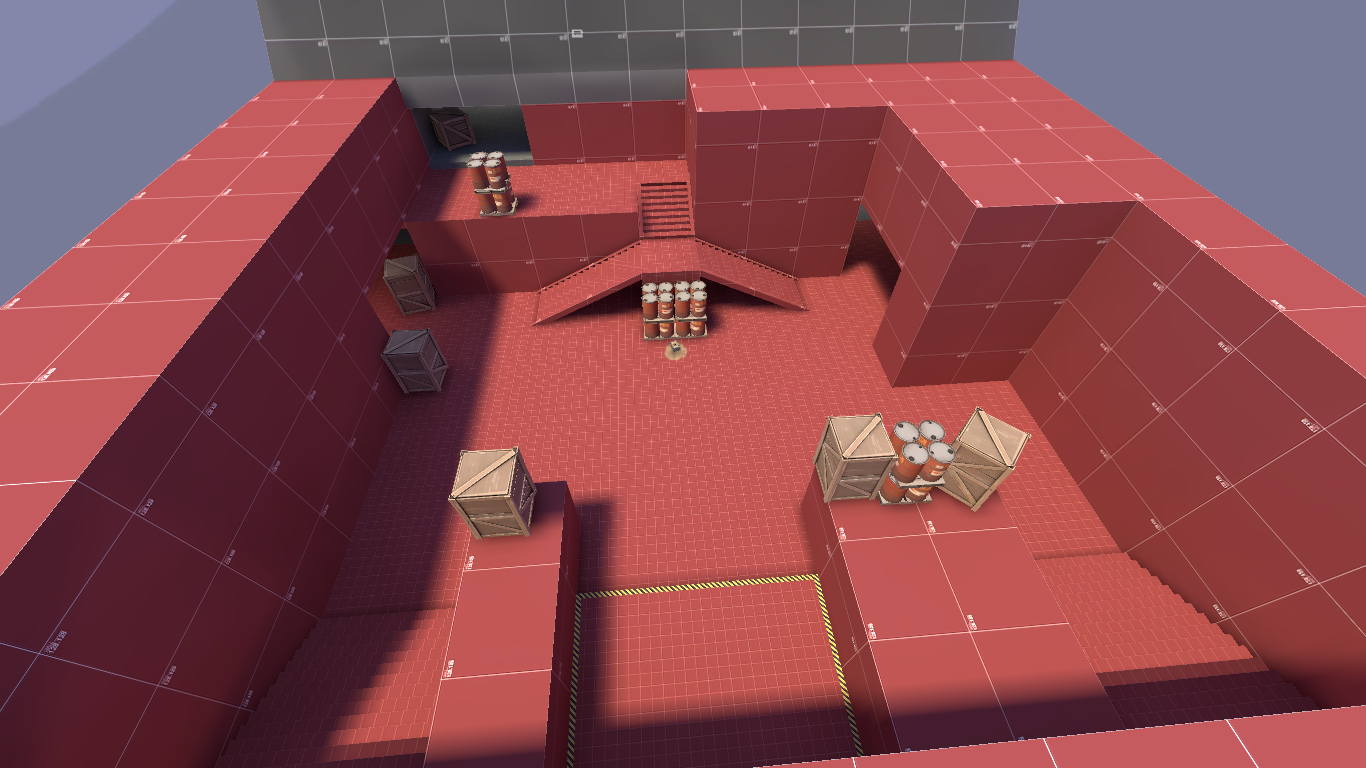 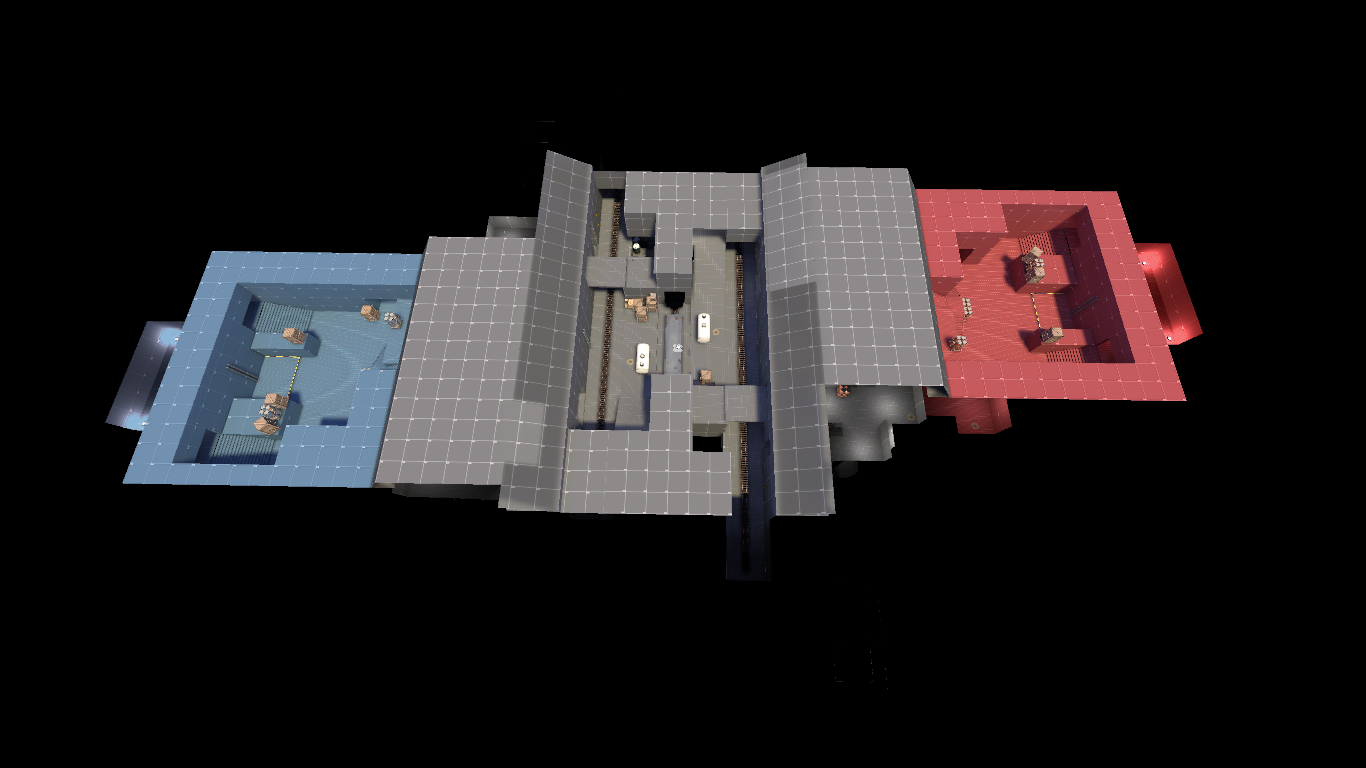 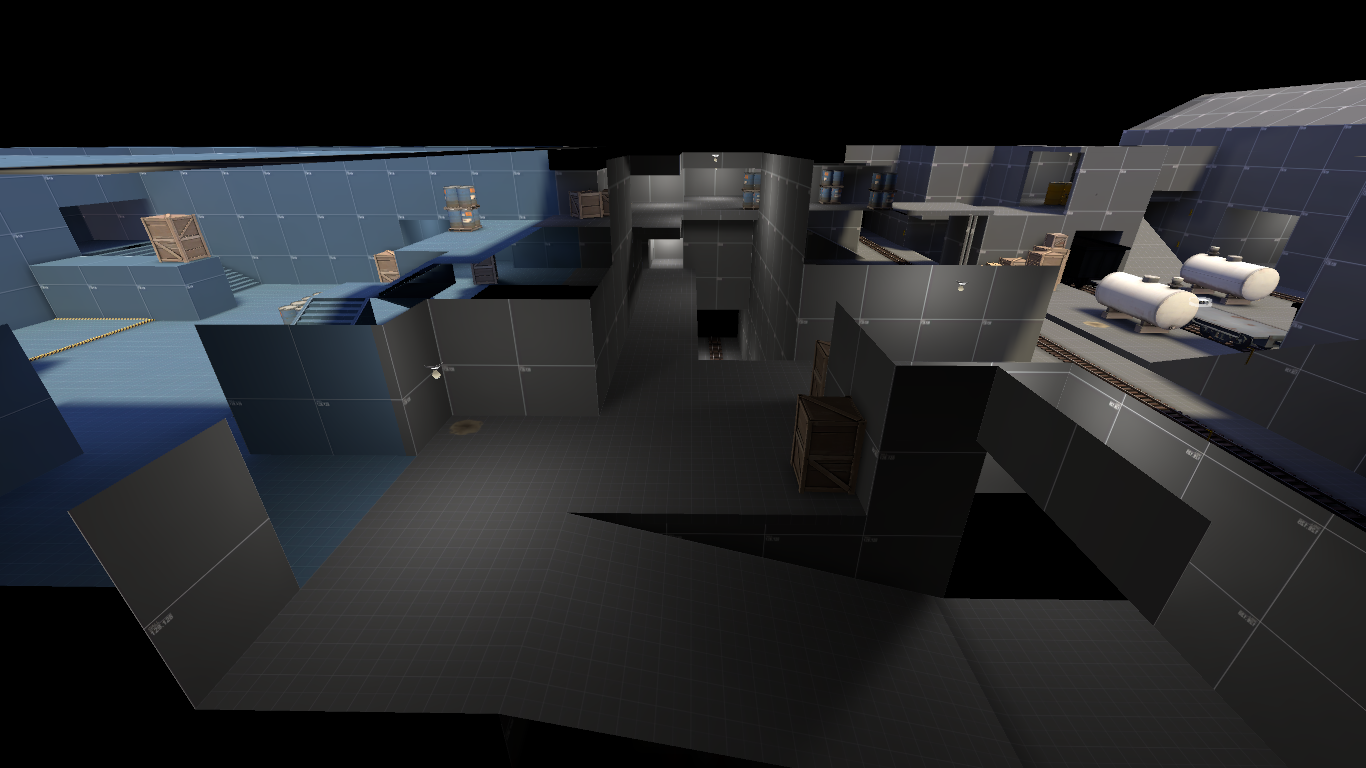 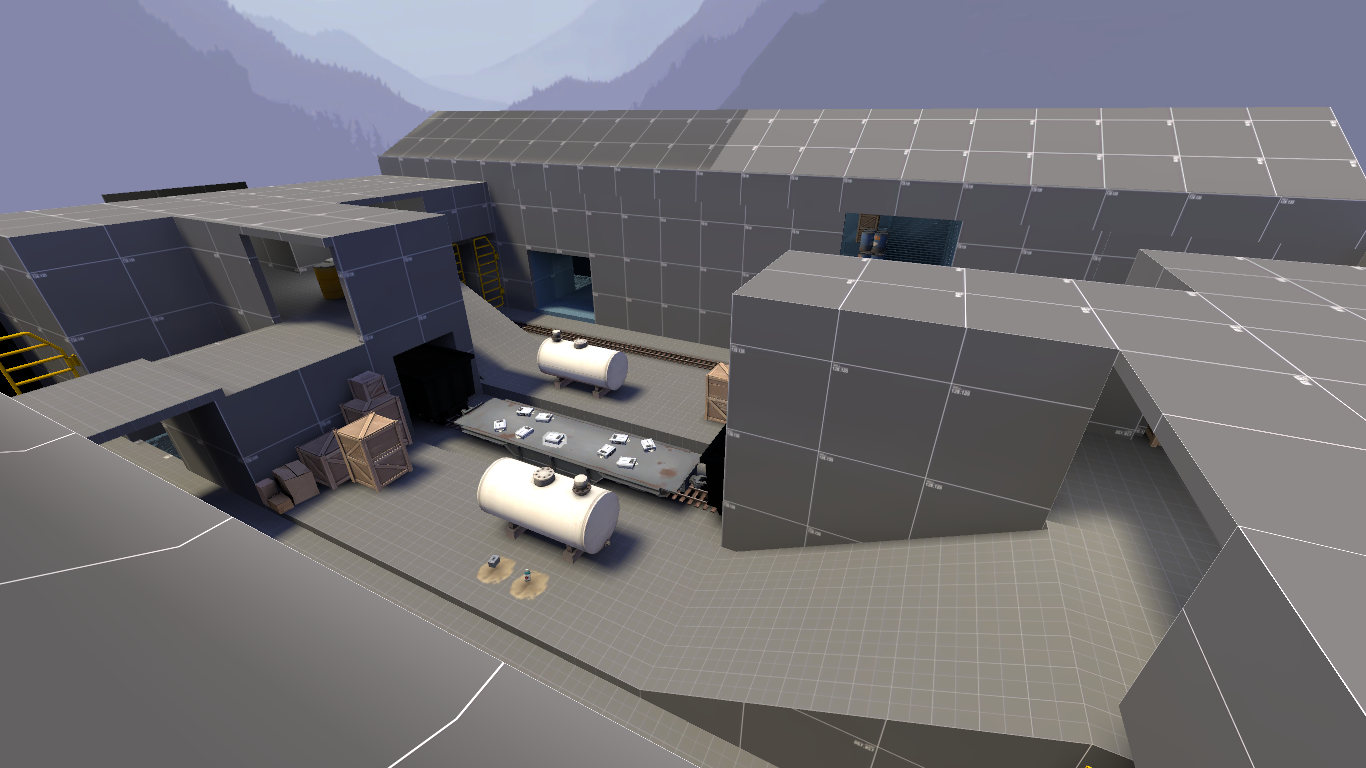