Download
You are using an out of date browser. It may not display this or other websites correctly.
You should upgrade or use an alternative browser.
Overview Updates (16) Reviews (7) History Discussion

Check it out on the workshop!

In collaboration with Pear.

It was really fun watching your stream as you built this map. It gave me some ideas, and knowledge for future projects.
Toggle signature
I'm sure it'll be fine. Probably.
R

Had a lot of fun testing this

Its an Ok map for something that has to be done in 72 Hours.
Toggle signature
A1 member since mid-2015.​

Few more zeros and ones for the site to proccess

It was great fun watch you make the map /suffer.

Let's all just hope there are working nobuilds in the trees and we won't get sen-trees.
Toggle signature

100% deviation from original concept.
Toggle signature
I have no nose and I must scream

Been looking forward since you started streaming. Get some sleep!

Had a lot of fun watching you stream!
...Carrot

This was super-inspirational, and I really love the map. Thanks for streaming! It was both entertaining and educational for a beginner like me.
Toggle signature
cp chateaux a2a
ctf twostep a3

I am very happy to wake up and find that the movement lines for b3 don't show anyone outside of the map this time.

Big thanks to everyone who hung around with me all weekend! It was nuts! Grand total was $613.39 donated! $300 of which I'm giving to Iiboharz for all the help she's given me with thumbnails and other SFM work for not only the stream, but my Youtube channel!

A note though, PLEASE, consider all (or as many as you can) maps before voting! Don't just vote for mine because you saw the development of it! I have more than accomplished anything I'd like to with this contest already,

Some fan art from the weekend! 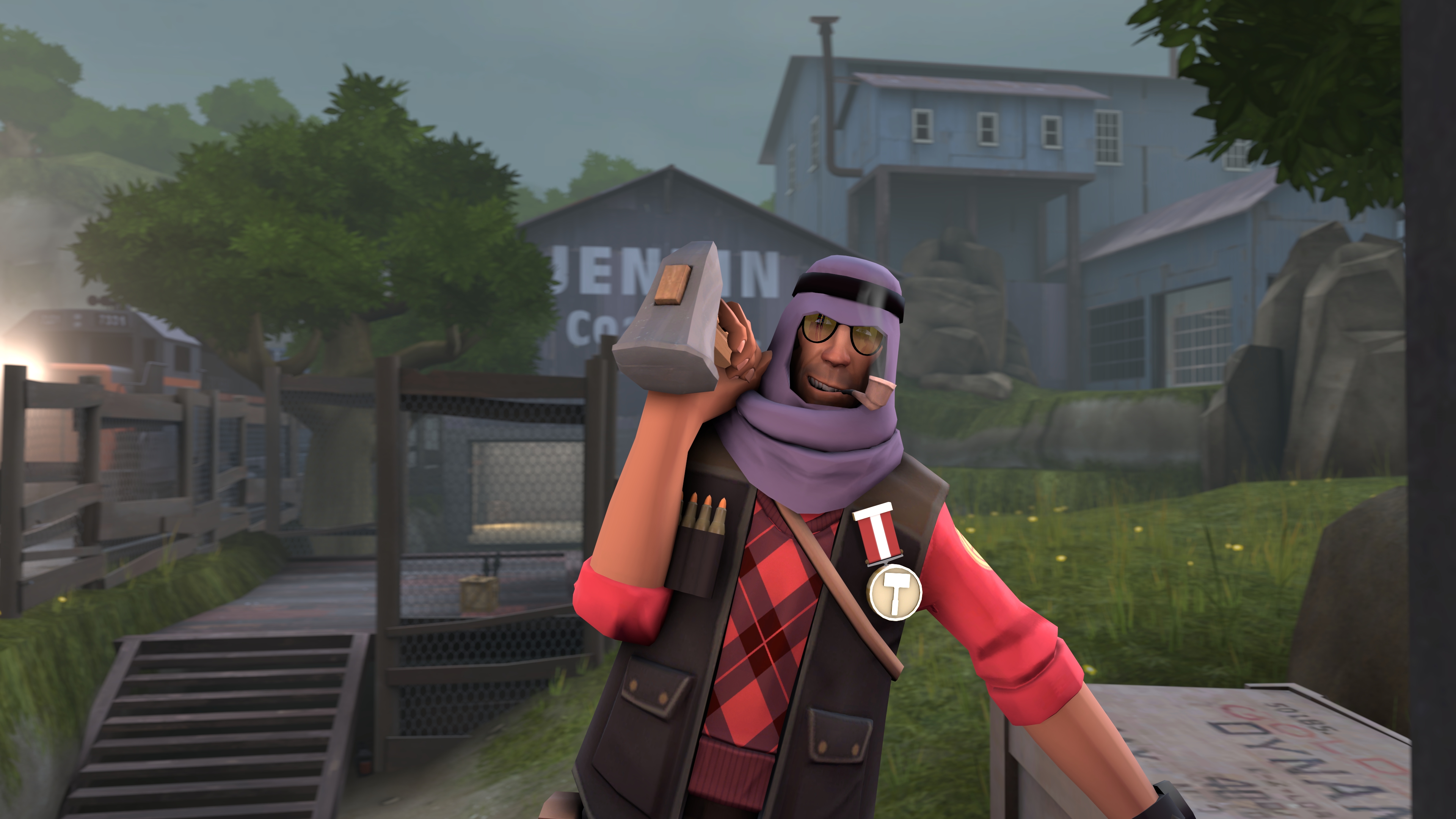 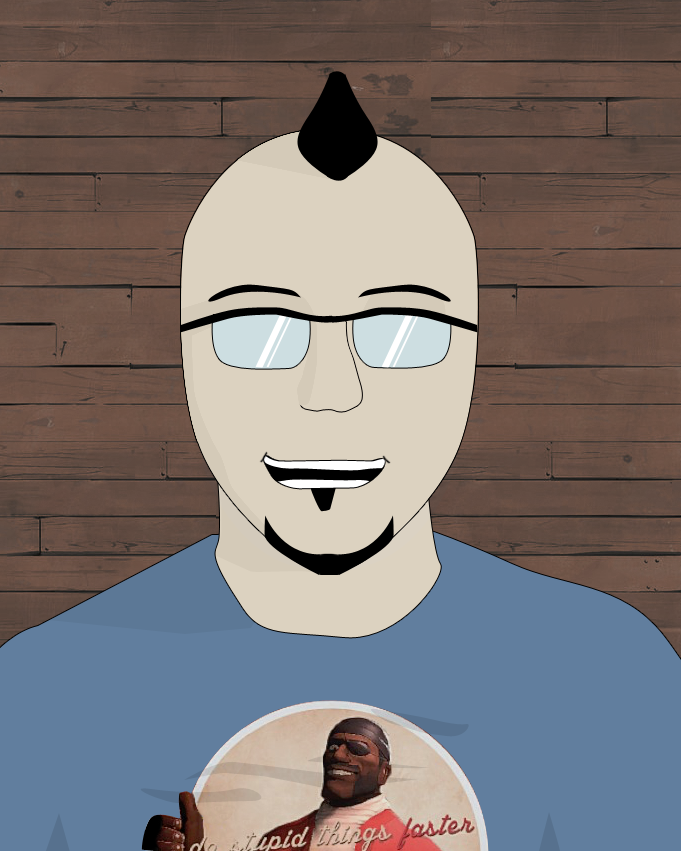 Absolutely amazing map. I had an awesome weekend watching your stream. And thanks for including my easter egg (the SMG) in the map.

Nah, it sucks. I'm going to change it. I heard some other lame-ass game has a map that uses the name so I didn't want to be associated with it.

Crash;336490 said:
Nah, it sucks. I'm going to change it. I heard some other lame-ass game has a map that uses the name so I didn't want to be associated with it.
Click to expand...

You talkin' smack on CoD4, boiiiii?!

Oh yeah, I missed getting a save of this too, but I managed to snag a screenshot in game! 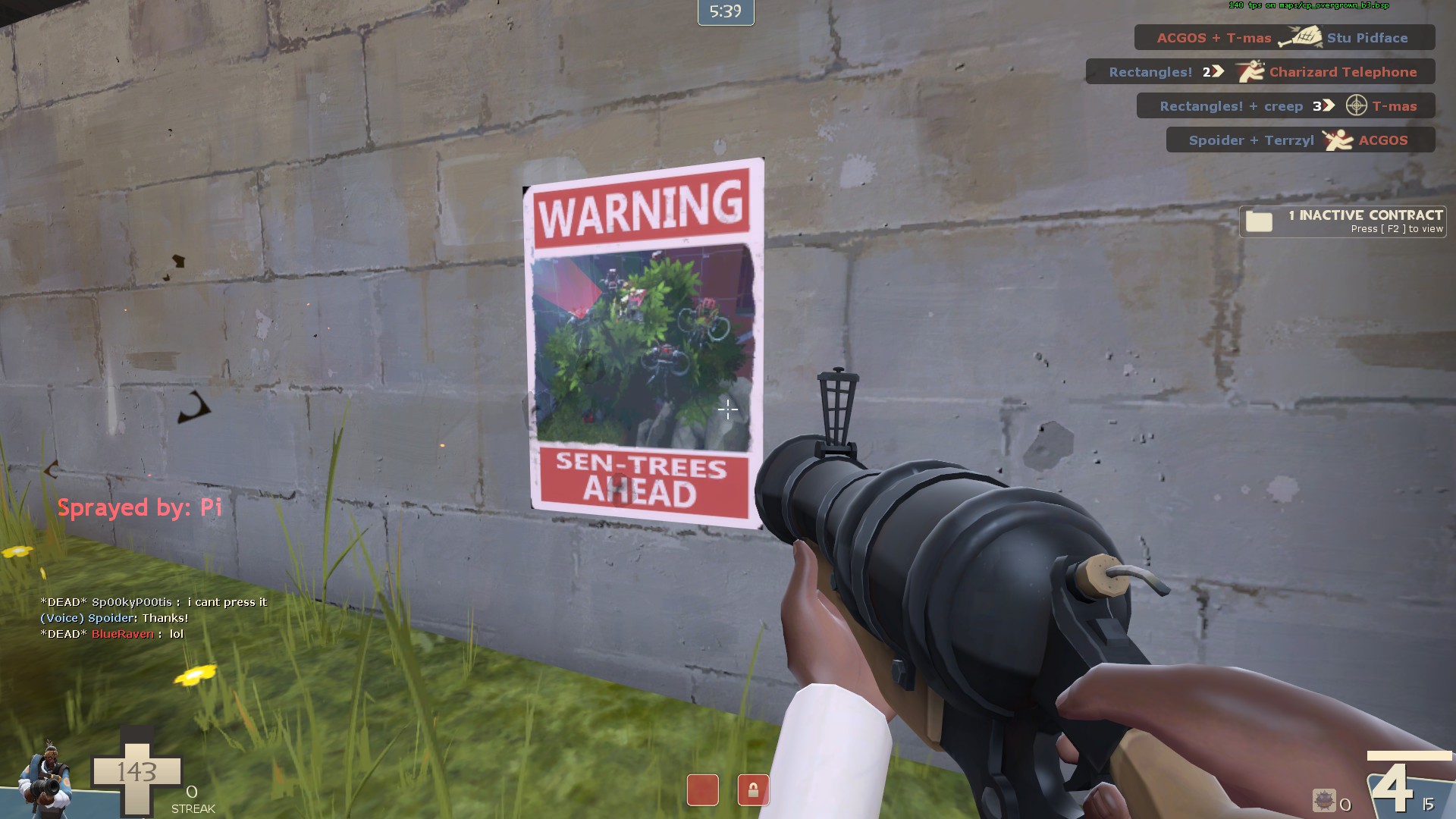 If you made this/ happened to grab it, post it up for me!
Toggle signature
Oasis - Shoreleave - Stoneyridge - Glassworks - Overgrown - Probed - Trainsawlaser - Wubwubwub - Moonshine Event - Spookeyridge
Youtube ~ How to Make TF2 Maps
​

Don't change the name, it fits far too well. Unless there's already a TF2 map using the name? It'd be a shame if you changed it because of a map in another game and leave it unusable by everyone else.

After playing this a couple of times now, I can say I like it but I like defending a lot more. It's a lot easier (mostly on second) to win as defense in my experience, if you just get 2 engineers who aren't brain dead. That isn't to say RED wins more, just that I think they could--and would if this map was released into Valve servers, for instance. I know the best spots are easily outranged, but if you have a couple covering each area, it gets really hard to push in. Especially if anyone wrangles.

By request, some gripes: I'd like there to be a decent sentry spot behind this wood wall somehow. Most of my complaints focus on the building between A and B, so perhaps you'll figure out a way to create a spot or rebuild the whole thing or something, idk. I don't know how a sentry could sit there now and be useful, but it seems like you should be able to do that, but you can't. It can get shot at from far off pretty easily. Same if you put it over the point in the window thing. I pretty much hate being in this area. The two ramps are total trash--so long, one is super narrow, they are way tall, you just end up walking into enemies and dying a lot. Plus it's cramped generally in here, so splash hits a lot more often. I'd like to see the skinny ramp either removed or heavily reworked; it feels like you ripped it from a Quake map and it gets in the way of a possibly useful sentry position in the window. I hate this corner too. I can't tell you how often I got trapped here and died to bullshit or just slightly messed up moving around and got stuck in that little 48u corner or whatever. I feel like cleaning this up would go a long way. I don't like this part either. I feels bizarrely hard to hold this as BLU sometimes; I think redoing the height so BLU just has the 64u advantage up until this area of the RED side would be better. While you're at it, maybe move this door to the right wall across from it and make it larger. I'd like for it to be useful, but right now it can't see enough of the battle field to merit using. I think part of this should be chicken wire or something. Make a rusty alpha channel and paint rust. It sucks not being able to see out of this.

Basically the bulk of my complaints are with that one house. It kinda sucks that so much depends on it but it's really annoying to navigate and hold.

I'd also like to see there be a way into the train room for BLU that doesn't involve the train. Also, half the map isn't really used after BLU gets a forward spawn because they all use the left route; maybe in rebuilding the A->B building you can make it attractive to go more to the right.

I think making last slightly larger might be wise. Adding some planks or pipes or something deeper in the hole, like E on Steel, might also be a cool idea. It reduces the deadly space a bit and allows for some trickier plays sometimes.

FYI, your detailing is really good. It's come leaps and bounds since your maps like Aquifer and older ones I won't mention. That's why I really want you to keep the name. You pulled it off perfectly.

Part 1, basically just lopped off the start of the stream where I explain the goals of the weekend.