CS:GO's Bomb Defusal map, with short timers and on an official Valve map

Objective: Team Red spawns with an intelligence and has 60 seconds to bring it to one of the bomb sites. If Team Blue is able to stop them or can capture the point back in 45 seconds, they win, otherwise the bomb detonates and Red takes the victory (basically CS:GO bomb defusal).

A few people already tried to remake CS:GO's Bomb Defusal (de_) mode in Team Fortress, but most people did the same two mistakes: 1) You can't use the timers from Counter Strike, they're way too long! A TF2 Arena Map unlocks the control point after 60 seconds, and this is the time limit the terrorists have to plant the bomb on this map. Considering that it only takes 20 seconds to get from spawn to the bomb site, this seems like still more than enough time. 2) You can't use CS:GO maps or CS_GO-like maps in TF2, they're too small and not high enough. I used the official Kong King map, removed one half so that it isn't symetrical anymore and did some small changes to the layout, and many changes to coloring and prop skins.

After I failed multiple times doing the gamemode myself, I took the template that TheFluffyCart made and modified it (a lot though). Here's his profile, he makes good stuff: https://tf2maps.net/members/thefluffycart.32073/ 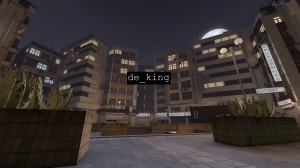 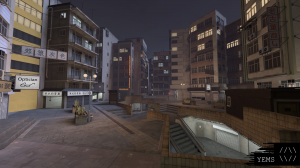 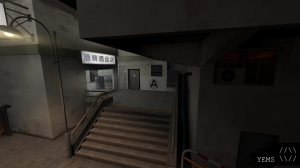 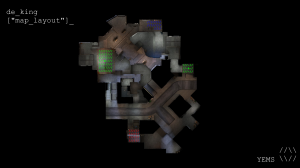