5CP that started out as a 3CP. Somewhere in here is a printer. 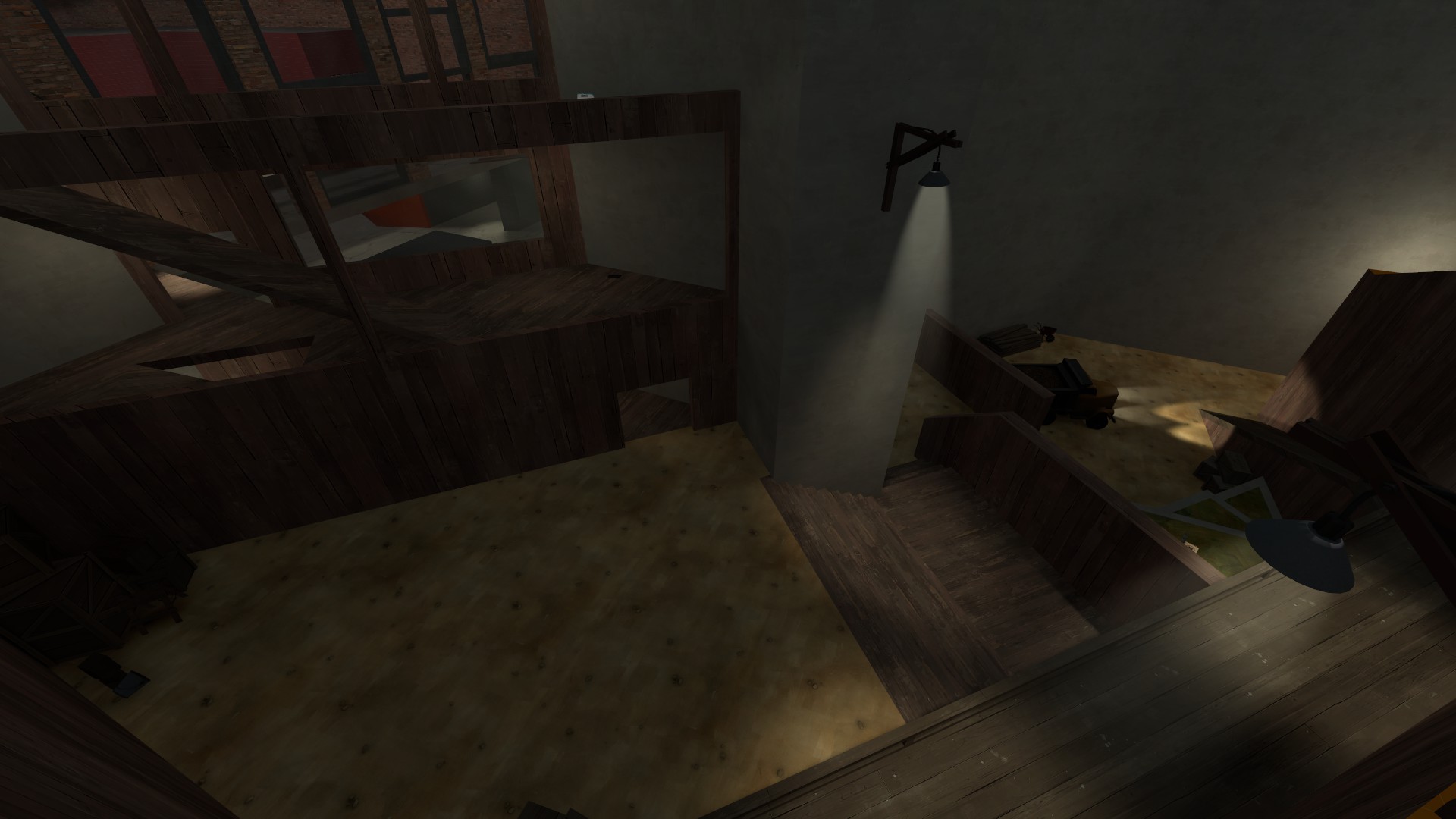 Toner is my first attempt of getting back into map making with the goal of making something that is not orange, ugly and over saturated with light.

It's starting out at A18 since it took me a lot of courage to even try uploading here to begin with, so kudos to that. Another reason why it's at A18 and looking so rough is well, it's been a good 6 years since I've really gone and tried to make a map and my process is very long and drawn out. I've spent upwards of 50+ hours getting it into it's current state so it's going to be a slow process.

What I have in mind is a sort of printing warehouse where all the posters, propaganda and flyers are printed off for Mann Co., but I also wanted it to be the outer court areas where all those snobby young artists work. They wouldn't stop complaining about the last warehouse they worked in, so fine, lets build them something a little more modern so they'll shut up. Maybe they'll get a real job, who knows.

I wanted to give this map a sort of an under construction vibe the further you get from the center courtyard, and I also wanted it to be at night so all those young workers wont be there to be scared off by what it means to be a real man doing a real job.

As such, the second to last point on both sides is raised on what I hope to be scaffolding by the time I get this into a much prettier state. It's raised up high so there is a punishment for having bad footwork, meaning you will take damage when you fall off of it.

Center point has a lower and upper section, one is enclosed, so it's safer from bullets, but explosives are harder to get away from, while the top of it is open which means that bullets are a greater problem, but gives the ability to avoid explosives that are incoming or even have cover fire from snipers. It is also marked with a large pillar of light going up from the center of the upper section.

The last point has been the biggest trouble so far trying to balance out. as of right now there is a wall with a pane of glass so you can see what is behind it from second to last but you cannot do any damage without moving in. This is placed in front of spawn so the defending team has the ability to quickly retaliate if some are killed.

Speaking of spawn, there is a forward spawn set up which I am probably going to change in terms of activation of capture point. Right now it's set up close to mid so I'm not sure if I want the activation set to second last on the enemy team or not. Play testing should really help.

I made sure to include flanking routes and the likes, but I don't have any real idea where I want to put med and health kits, so they are in probably bad spots.

Right now the map feels very soldier friendly, mainly because there are lots of ramps to slide up on and high walls to jump off of.

Any and all help would be greatly appreciated, especially since it took my friends many, many times telling me to upload it to get better help.

More downloads from BIRD UP!