An experiment to see how 2-point payload could operate in a competitive setting. Thundermountain's first stage had the most potential for a pro version, in my opinion.

Changes from the original to the pro version:
-Made it day time and much brighter
-Made it more alpine
-Removed the thunder noises
-Removed the taunting mercenaries in the window at BLU's spawn
-Added a new flank connecting the first far left area (BLU's perspective) to what used to be a decorative metal gate in the second section (see screenshots)
-Made the bridge that raised after the first point is capped already raised (no more waiting!)
-Added new doors to RED's spawn to prevent spawncamping (or at least make it more difficult)
-More? I forget, lmao

SCREENSHOTS (note: this was in a previous version that was less bright, but relatively the same as this one) 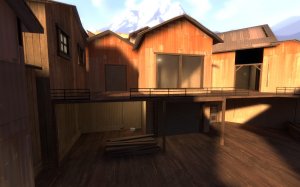 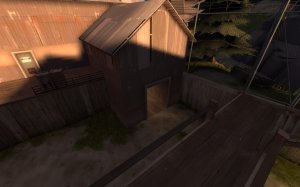 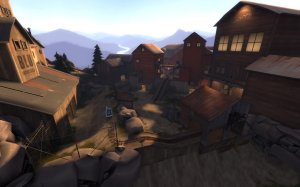