Model Request For A Shrinkray! 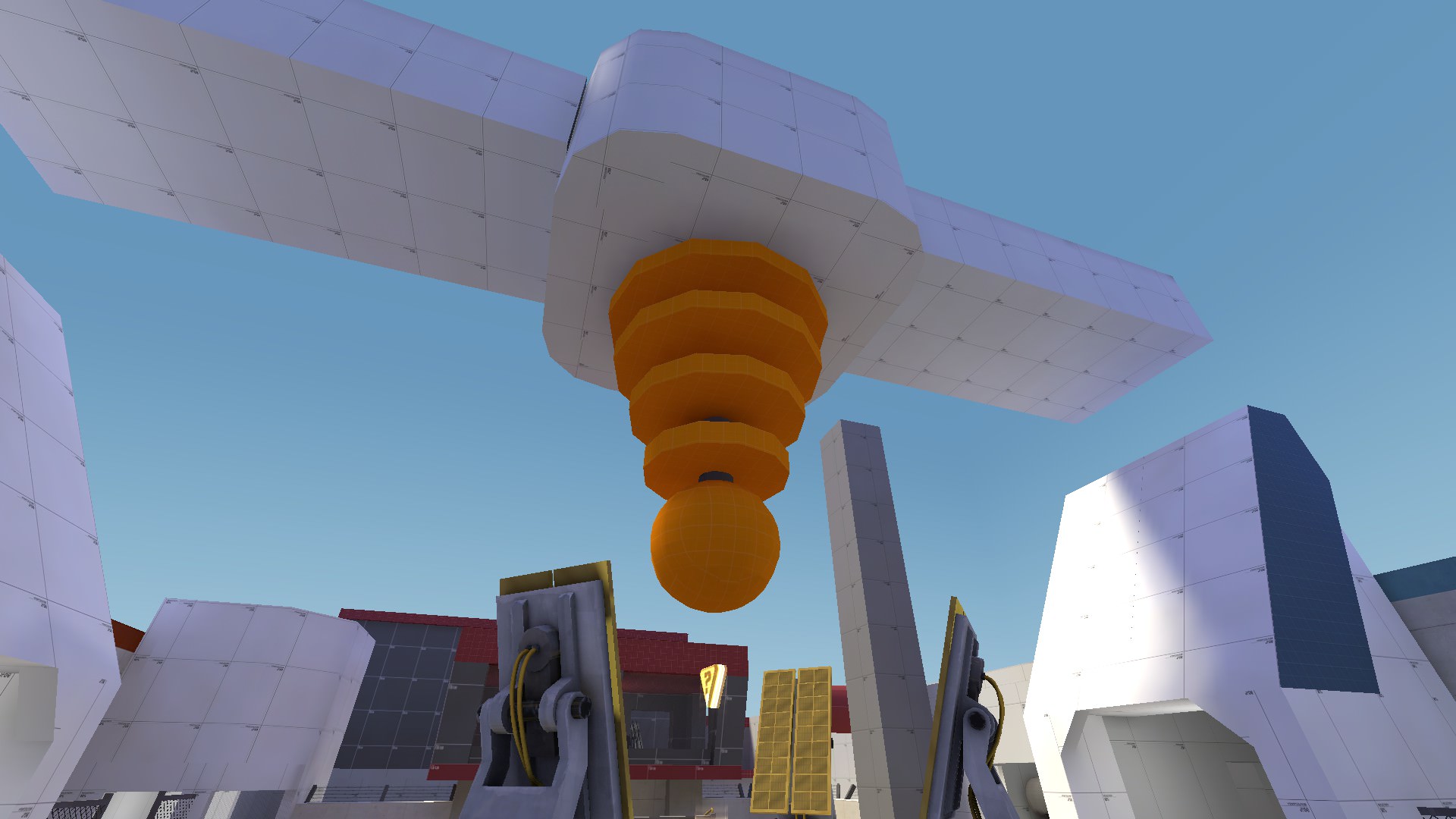 Hello friends! I am here because I need a model for a huge shrinkray, and I'm more than happy to pay for the work.

I am currently in the process of developing my project, koth_shrinkray and am about to bring it into the beta stage. The map features a facility in which red and blu fight for control of a gigantic shrink ray in the center, and up until now I've been using this large overtly simple phallic brush in the center.
I would like to commission someone to build a model for this to fill that area above the center, something that sort of resembles the original brush but has more... TF2 in it. I was considering something that had a Dr. Gordbort feel to it crossed with the center machinery from koth_nucleus, but if you have a better idea for it, I would love to hear it.
The dimensions of the model would be at 640x640x872 (yea this thing is a little on the large side), but you are by no means confined to that only that space. At the end of the round, the shrinkray activates, and everyone on the point get shrunk, so while is isn't necessary, animation for when it fires would be incredible.
I've included an imgur album (https://imgur.com/a/7iacm) with some screenshots of its position in the map, as well as the dimensions in hammer, and a terribly drawn concept of mine as well. Forgive me, I'm awful at drawing.
Now as for compensation, I'm not exactly made of money, and for the life of me I couldn't find what this sort of work goes for. I'm willing to negotiate, but I'm pretty reluctant in leaving the 20$ range if I'm being honest.
Please let me know if you would be interested in taking a stab at it, and if you would need any more details.

Heres a download with some "shocking" particles. http://tf2maps.net/downloads/tesla-effects.5424/ It even has a triggerable pulse of energy around in there.

It wont fit the brushes you have there, though there is also a model around: http://tf2maps.net/downloads/teslacoils-and-cap-platform-from-kalinka.5421/

And all of that for free!

toptip: search around for models before you request them, it may save you a lot of money
You must log in or register to reply here.
Top Bottom