So I decided to make something for DynCP. I learned a lot from making this, especially about how long it takes to make a freakin' map. Anyway, long story short: this thing's a work in progress, but it's pretty interesting, and certainly dynamic.

"But what is this map?" I hear you ask. Well, I shall explain. Each team goes along separate parts of the map, meeting up to shoot each other at certain locations. At the end of each team's path is a set of 24 control point things. Capturing one of these will teleport the capture-er back to the start of the map, as well as cause a permanent change to the course in favour of the capturer's team.

There's also a single control point near the start of the map, which the teams can properly fight over. If the enemy team controls that point, then your team must capture it in order to proceed.

If a team activates all their control points at the end of the lane, and therefore have activated all of the changes they can, that team wins.

I was planning to have a wide variety of different effects for the points, but I didn't get time to make all the ones I wanted to, so right now 95% of them are just "traps that the enemy team has to avoid, ha ha."

Which point activates which trap is not random, but there is no indication of which is which. See previous note about poor time management on my part.

This map is unbalanced. I am aware of that fact. I do not care. It's 4am. I'm going to sleep now. 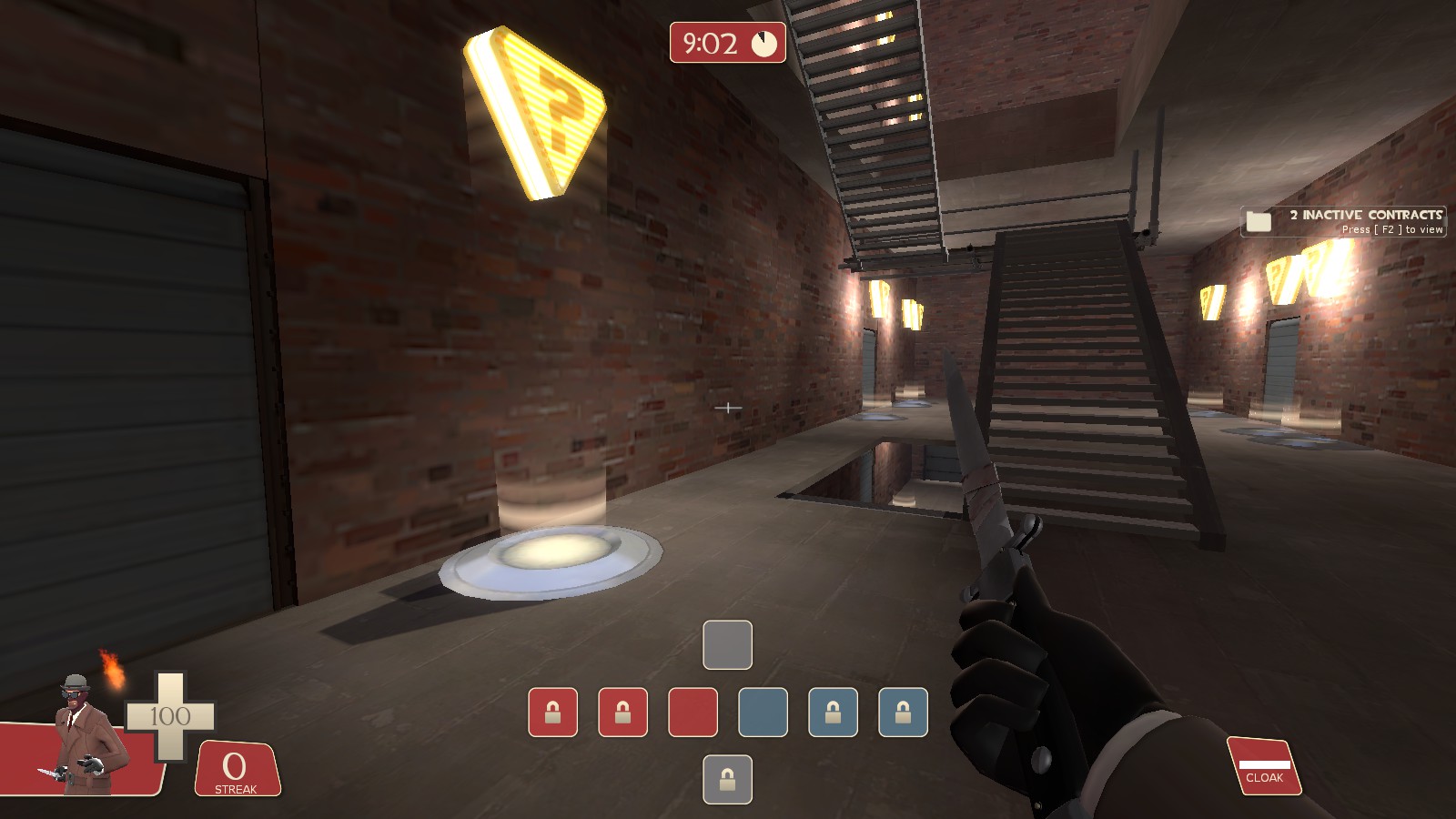