Download
You are using an out of date browser. It may not display this or other websites correctly.
You should upgrade or use an alternative browser.
Overview Reviews (2) History Discussion

TF2Craps - "A Crazy Collection of Crap!"


This year for April Fools, I present (with special thanks to Bakscratch)...

A MAGICAL cartoon boss! Queen Elizabeth III (the Third) is tired of your shenanigans, and she wants you out! However, you wont go down without a fight, and neither will she. With over 6 different attacks and multiple phases, this killer boss is gonna smack you back to last Tuesday if you aren't on your toes. Shes brought to life through hand-drawn, 24 frames-per-second animation, made in the style of a 1930's cartoon. Every frame has been touched with love, passion, and dedication towards the craft of traditional animation.

Ya gotta have a good map to host all these events on right?
Don't worry, Saxton's got you covered! 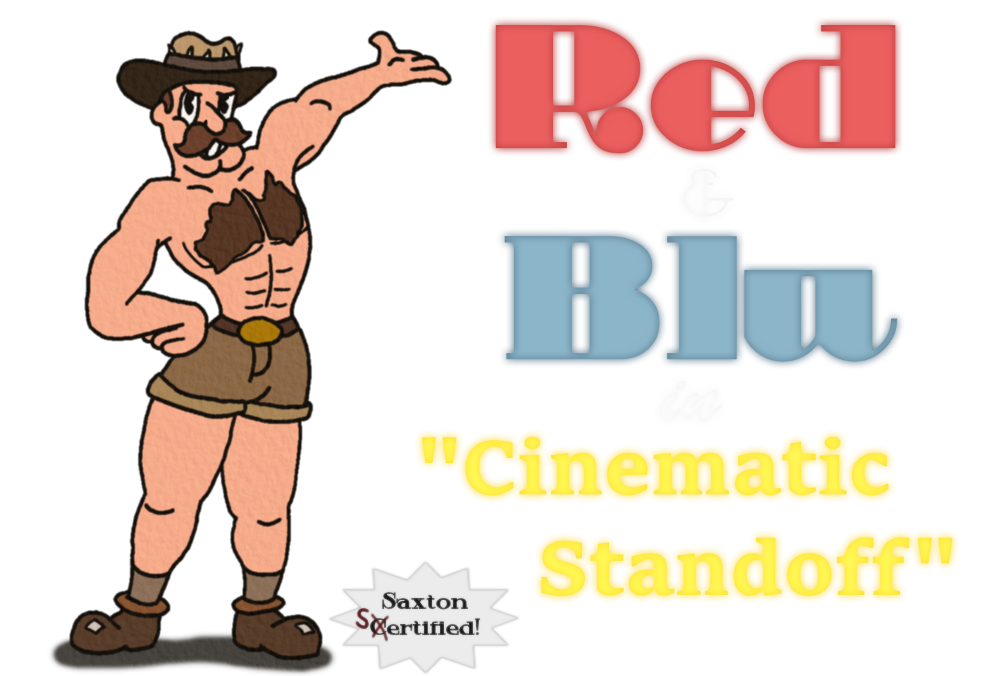 Fight over control of the last movie theater in the world! What secrets lie inside? Nobody knows...well, what we do know is that the theater's got reclining chairs, intense surround-sound systems, and smell-o-vision, which really helps immerse you in the film. And thats not all folks! There is even more in the map that isn't shown here! So get out there and play with your friends, I hope you have as much fun playing this map as I did making it!

Credits:
@Nicky
@Bakscratch for some modeling and testing help
Some assets from Frontline
Blue carpet texture from TheoF114
​
Some Stats about the development:

This is absolutely astounding. What a stellar return.
Toggle signature
"Before posting accomplishments, ask your self 'would people I don't know like this?' And 'Is this actually good, or do I just feel proud?'"

had a blast playing this Map, great job!
Toggle signature
I Like Mazdas!

Now that most of everyone has seen the map, I feel like posting some of the behind the scenes stuff.

Here's the stack of 160 drawings for the animations for the Queen. First I would draw out each frame in pencil, scan them into my computer through the printer, and put them into a video editing software to see if they moved well together. I would make any adjustments I felt were needed, then I would retrace them on a separate sheet with .3 mm and .1 mm PITT Artist Pens. Then I would scan these with the printer, then color them digitally to really make them pop! Inking was probably the worst part to do in this process, as having to trace so many drawings was really tough and straining on my wrist. 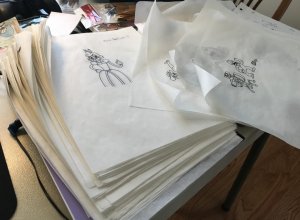 ​
These are some frames from the death animations for the Queen and her fairy form. I did these near the end, and I'm very proud of them as I feel by this point in the process I had gotten down how to do very expressive poses. 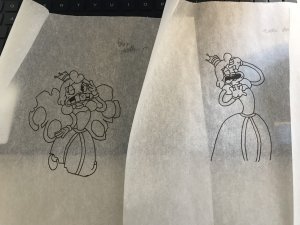 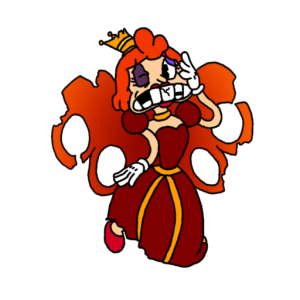 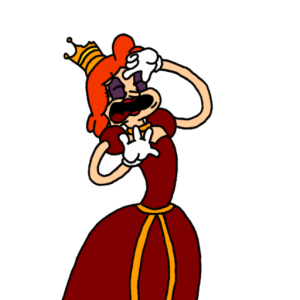 ​
The first animation I had done, the idle animations. 12 frames, it took me about a week because I was so new to animating, but by the end of the process I was starting and finishing animations in just a day! 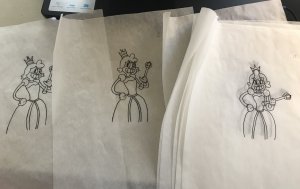 ​
Pencil versus inked versions of her fairy form. I wanted the fairy to be creepy and weird, and I think I accomplished that pretty well! 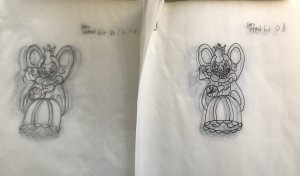 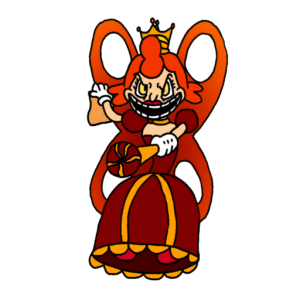 ​
The bomb boys! Simple animation I did near the end of the process, but I really enjoy it because I was starting to really understand the importance of making characters squishy to make the animation smooth and cartoony. 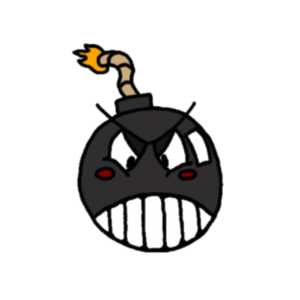 ​
Same as the bombs, but with the flames. Really like how these turned out! 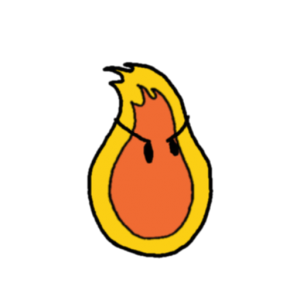 ​
And finally the cartoon Saxton Hale because I mean who doesn't love that. Also the Queen's Icon. The final version of both of these can be seen on the previous post if you scroll up a bit. 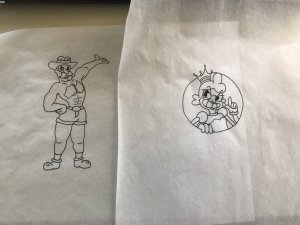 ​
There's plenty more techniques, methods, and general behind the scenes stuff I'd love to share here, maybe someone can learn a thing or two about art in the process! If you want to see anything or have any questions, feel free to post it here and I'll respond as best as I can! Thanks for reading this and playing my map!
Toggle signature
Pd_Meme_Machine (April Fools 2016 Winner)
How To Map Like A Badass
MvM Havana​

the layout reminds me alot of probed.

It's difficult to make a 90°-angled map without incorporating the basic elements you've highlighted. This is mostly due to how sightlines need to be blocked.

After playing TF2Craps today, I can tell you that it plays very differently than Probed.
Toggle signature
"Before posting accomplishments, ask your self 'would people I don't know like this?' And 'Is this actually good, or do I just feel proud?'"

Is that Cinema Sign gonna be released for everyone to use anytime soon?
Toggle signature
I Like Mazdas!

XEnderFaceX said:
Is that Cinema Sign gonna be released for everyone to use anytime soon?
Click to expand...

The assets were quite hastily made but if enough people want the texture (it’s a texture on a brush), then I’d be more than glad to release it
Toggle signature
Pd_Meme_Machine (April Fools 2016 Winner)
How To Map Like A Badass
MvM Havana​

This was my favorite map of the night, I'm floored by the amount of effort you put into it.

Only problem I had with this map is the part on the golden eagle thingy, sometimes you spawn around the tail and fall off.

Btw nicky what are the events includeincluded in the map?
Because i saw only 2 when playing in the server the wii and the questions one
Toggle signature
Dont use X-R4Y In the house for your safety !!!!!
STEAM:

R4Y said:
Btw nicky what are the events includeincluded in the map?
Because i saw only 2 when playing in the server the wii and the questions one
Click to expand...

There’s only 3, but I won’t spoil the last one . I wanted to have more, but time and entity limitations prevented me from that. However, I really tried to make each game have a lot of depth, like the Trivia game has like 10 different questions to pick from, so you’ll probably get a different experience each time!
Toggle signature
Pd_Meme_Machine (April Fools 2016 Winner)
How To Map Like A Badass
MvM Havana​

Nicky said:
There’s only 3, but I won’t spoil the last one
Click to expand...

So the case opening is a lie

Can we please get an update that turns down the volume to acceptable levels? It forces everybody to turn down their volume at the level it's at now.

EDIT: Use your map Meme Machine's sounds in-game as a base (except for that train minigame, that too is incredibly loud).
Last edited: Apr 19, 2018
You must log in or register to reply here.
Top Bottom