SG_Offworld - Stargate, but it's Invade CTF

You travel to other planets to steal resources and...
deliver them to the enemy team!?

looks nice.
Toggle signature
"All the mercenaries in this server are crazy! Do you know what time it is?!"

"Huzzah! How many points do I receive?"

you forgot the other door though 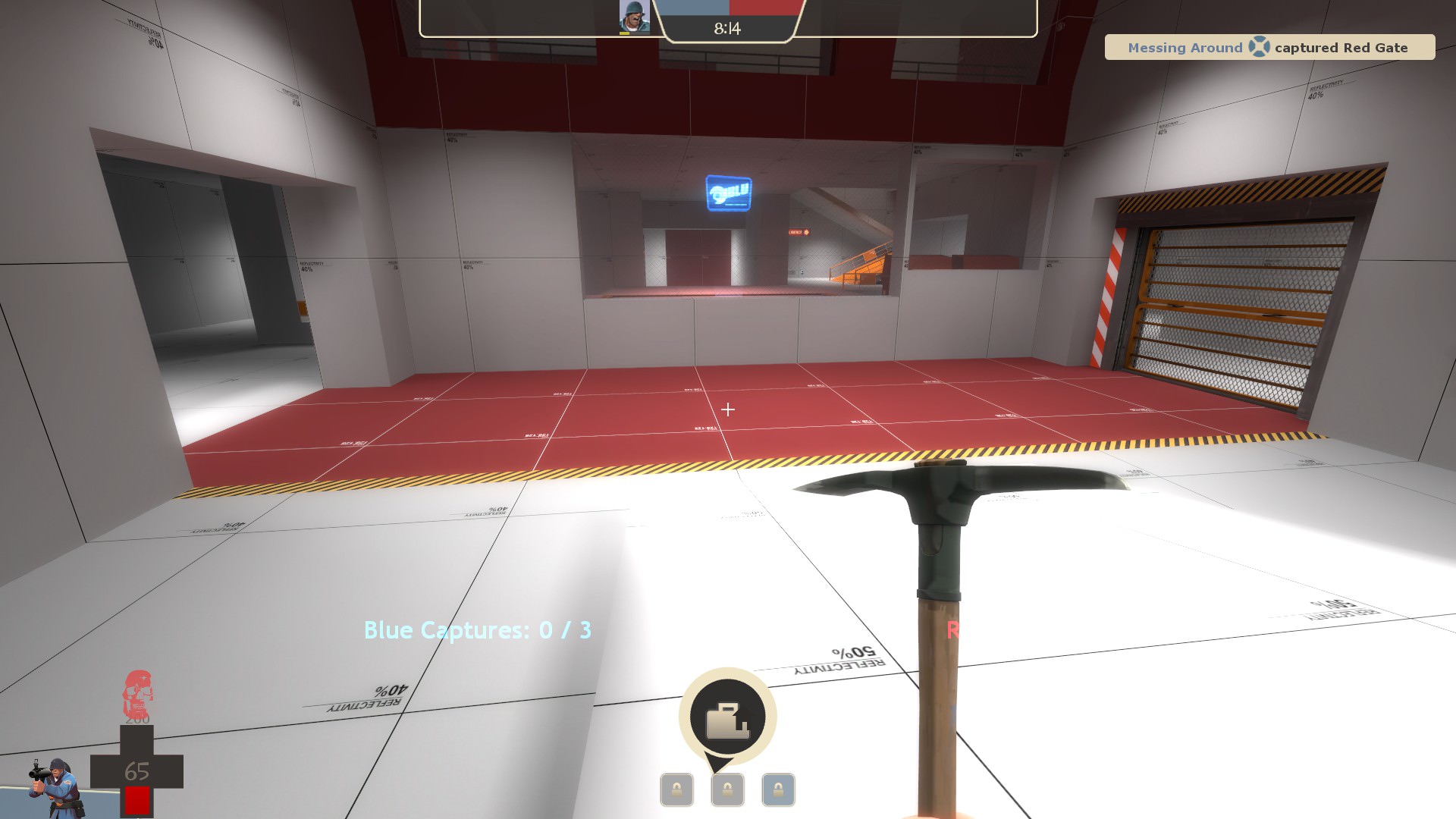 the map is really confusing, not just the huge layout, but the mode itself (though the teleporters is a cool idea)

also seem like there're 2 other unused worlds, or i just couldn't find the teleporter
also somehow you become the loser when capping all 3 intel

bit too much bloom imo

ripped out the logic and built a new, smaller map around it

I'd love to see some screenies of the new smaller map. The concept was super fun to play, even on the big complicated map.

EDIT: If possible, I'd find a different way to activate the stargates than with control point logic. It's super confusing because it looks like a cp map when you first start, and it makes it much harder to understand what's going on.
Last edited: Apr 8, 2018
Toggle signature

Glad to hear someone had fun on A1, watching the demo had me confused about how the map worked

The switch from intelligence briefcases to the MvM bomb also seems to help convey the Reverse-CTF idea, so I'll try to keep the theme of destruction going
I've got plans for other planets, some serious, some mini-jokemaps.
For the off-world segments I want a range of difficulties and themes, as well as gameplay unique enough to make each planet memorable
However I'll stick to just the one until I figure out a good basis for the offworld layouts

My plan is to have the planets be asymmetrical with a series of chokes, to give a pacing change from the symmetrical koth each team must win to take the stargate

I'm going for a something like Lazarus, with the Stargate replacing the fountain of life/youth/dispensers
I feel the point plays in a way that works with the way I'd like Stargate dialing to work
Though I'm not 100% on how owning the point can/should make it easier for the winning team to take the stargate

Also the one-way nature of the gate means it's quite difficult for teammates to assist each other from opposing planets.
Since to keep the earth-side gate clear for returning teammates the point must be held for 15seconds, then the time it takes teammates offworld to cap and travel back
and if holding that long is easy, since the attacking team then pushes to the losing team's spawn, taking back the stargate will be really hard.
Not much back & forth, not much fun.
Maybe returning the intel to your own base is better? Then again that would force the losing team to push to the dominating team's spawn.

Making gates 2-way would probably make this play faster & prevent one team from trapping the other offworld
I think I'll go with that. I think forcing a more flanky gameplay was a bad move, scouts are favoured far too much.
I'll also swap capture times on the points so dialing home is faster than dialing from earth, since you can't respawn offworld
(which gives the team that's mostly offworld an advantage, rewarding them for taking the risk of focusing on offense over defense)
TF2 really is more fun when you're fighting other people, so this gamemode should probably facilitate and encourage that
Toggle signature
49.72MB is less than 50MB
QtPyHammer - Official Discord
You must log in or register to reply here.
Top Bottom