Download
You are using an out of date browser. It may not display this or other websites correctly.
You should upgrade or use an alternative browser.
Overview Updates (3) Reviews (1) History Discussion

KOTH_Stinkeye - Its King of the Hill, but the Hill is protected by a massive multi-stage brush-and-entity boss!

This map has been a labor of love for the most part, and rather strenuous at times, but, at looong last, its in a stable-enough state to be basically playable!

The biggest highlight of this map is, of course, the boss. No, its not an existing boss made by Valve, it is a purely brush and entity-based boss made within the hammer engine's default configurations. If you want to know exactly how it works, check out the .vmf included in the download and have a poke around, or, check out this thread for the full process.

The boss is fully capable of tracking targets within its operational area (the hazard lines between the gray dev and orange dev textures is the edge of its "sight") and shooting at them with a number of various weapons, from a machinegun that shoots explosive projectiles, and stickybombs that detonate after five seconds, to high-explosive crockets and its devastating eye-laser!

-The boss counts as a building, so critical damage is ignored.

-It takes approximately 2 and a half ammo stockpiles of one Brass Beast to take out a stage. That's 3 full stockpiles of Direct Hit, roughly.

-The damage zone is straight up. Shooting the feet does nothing. This was to prevent the boss from damaging itself.

-None of the boss's attacks can be airblasted away. I'm not 100% sure whether or not its stickies can be destroyed with bullets.


---{ Boss Attacks }---
(All boss attacks [other than the Eye Laser] are "made" with the tf_point_weapon_mimic entity. the Type refers to which of the projectile settings its set to.)​ 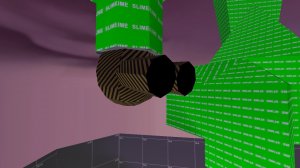 Name: Grenade Cannon
Type: Grenades
Stage Activated: 1
Notes: Shoots 10 grenades (5 from each barrel) with a 10-degree spread. Does 75 damage per grenade with a splash radius of 75. 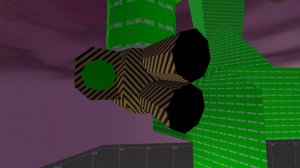 Name: Stickybomb Launcher
Type: Stickies
Stage Activated: 1
Notes: Shoots 30 stickies (15 from each barrel) with a 30-degree spread. Each sticky does 125 damage with a splash radius of 125. All currently active stickies detonate after 5 seconds. (Uses a different timer to the Landmine Launcher.)

Name: HE Vulcan Crossbow
Type: Rockets (Arrows are glitchy and don't work.)
Stage Activated: 1
Notes: Shoots a total of 100 projectiles at a rate of 1 every 0.01 seconds in a machine-gun manner. Each shot deals 2 damage with a splash radius of 1, with no spread. Actually kind of easy to outrun. 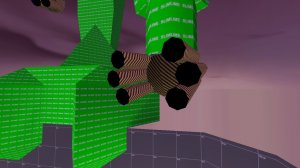 Name: Missile Rack
Type: Rockets
Stage Activated: 1
Notes: Shoots a volley of 6 semi-fast rockets (1 from each barrel) with a 5-degree spread. Each rocket does 75 damage with a splash radius of 50. 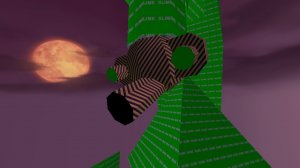 Name: Landmine Launcher
Type: Stickies
Stage Activated: 2
Notes: Shoots a volley of 30 crit-stickies with a 10-degree spread. Each sticky does 100 base damage with a splash radius of 100. All currently active stickies detonate after 5 seconds. (Uses a different timer to the Stickybomb Launcher.)

Name: HE Shell Shotgun
Type: Rockets
Stage Activated: 2
Notes: Shoots 3 volleys of 40 crit-projectiles (10 from each barrel) with a 15-degree spread. Projectiles form the center barrel travel twice as fast. Each projectile deals 2 base damage with a splash radius of 1. Kind of impossible to dodge. 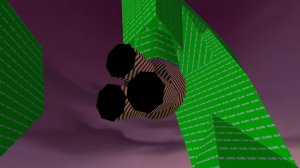 Name: Mini-Bomb Cannon
Type: Grenades
Stage Activated: 2
Notes: Fires 30 crit-grenades (10 from each barrel) with a 5-degree spread. Each grenade deals 75 base damage with a splash radius of 75. 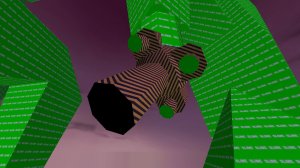 Name: Tactical Nuclear Missile Launcher
Type: Rocket
Stage Activated: 2
Notes: Shoots a single slow-moving crit-rocket with no spread. It deals 500 base damage with a splash radius of 500. Give it a wide berth.​ 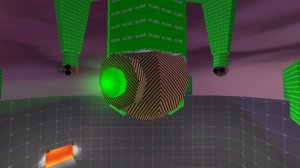 -Replaced all dev textures.
-Added some ropes to center area.
-Boss now makes a noise when it gets damaged. (The classic "ding" sound effect, specifically. Everyone can hear it though, which is to prevent slowdown when multiple sources are damaging it, as it would jump around and cause lag and possibly crashing.)

-Boss has had health reduced by about 30%
-Cap time slightly faster
-Eye Laser is now not an instant kill but will set you on fire.

okay this is epic
You must log in or register to reply here.
Top Bottom