pl_seaside (Up for adoption) A4

pl_seaside (Up for adoption) A4

Frontline! unfinished map is up for adoption. Please contact me for the hammer files.

tl;dr: I am no longer working on this map and it's up for adoption. If a map-maker worth their salt wants to have it, please contact me and I'll send you the map files. 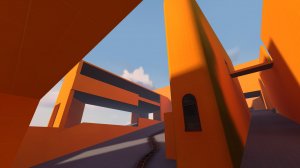 pl_Seaside:
Shortly after Frontline! was announced (like 2 years ago?) I sat down, planned out, and made this entire thing over the course of maybe a month. I like it, it's near and dear to me, and I'd like to see it finished, but needless to say I'm not really up to it. Since that summer, I've started university and spent my creativity programming my own game. Since I'm still fond of it and would like to see it finished, I'll leave it here to any prospective mapper who would like to refine it, detail it, and submit it with co-ownership.

I'd like to see it done justice, so while I won't be super picky with anybody who wants to try it out, I want somebody with some experience to shape it up and release it. Below is a general description, and here is the full imgur album. 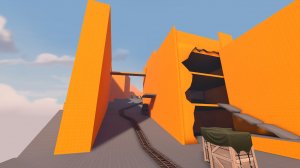 Description
The concept behind the map was a 'European' city by the sea, either French or German in design, but taking inspiration from Croatia or Greece with their buildings set on sheer sea cliff faces. The left side of the map was to be set on this cliff with planes and such flying around in the skybox - the right side was to be an assortment of tall buildings and walled off streets to the rest of the city. As the players would start, they would assume the role of pushing the tank payload up a street, past a small park, through an Anti-Air emplacement on a cliff plaza, and up between a row of buildings into a supply depot where it would deliver it's devastating demolitions. 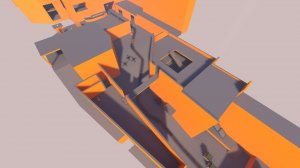 The design of the map was more careful than my attempts in the past. I made sure to set almost the entire thing uphill in order to break up monotony, making the flat Anti-Air part something of a wide arena to shake up the gameplay in the middle of the flow. There are multiple paths into each section, of course, and the placements for each team spawn moves up after capping the point by the landmines. That's not to say the design is all finished, however. I've only play-tested with real players twice and much remains to be done - there aren't really enough corners for spies to run around, the scale on some of the indoor areas is far too large, the arena is a bit awkward to fight in due to the amount of props, and the final area might just be a little too long to be realistically achievable with a full team on defense. 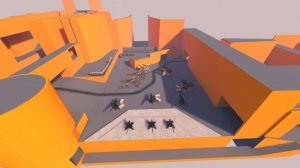 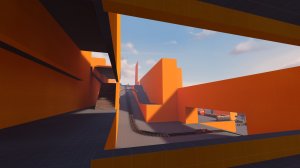 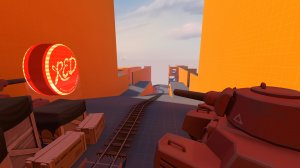