[Tutorial] How to Fit a Door Where it Normally Wouldn't

Yet another Techie for the net...

Some of you may have ran into the issue where you want to put a door in a route such as this one: 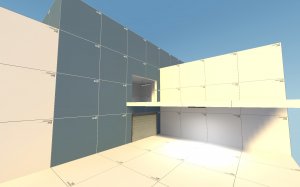 However, due to there being another route above where you want to put said door, you are not able to. (As when open, the door would block the path, as shown below) 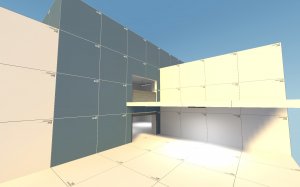 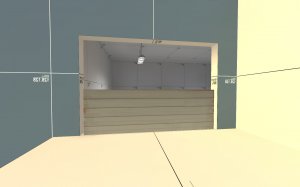 The solution to this is actually quite simple.

First, place one of the animated door prefabs from the ABS Pack where you want your door to go. Any large or small animated door, and even the big well door can work with this method. The door can even be a spawn door, only being able to be opened by one team, or a regular any team door in the map.

Next, either copy or just drag the actual door to the position it would be in when opened (the bottom of the "opened" door is where the top of the closed is), as shown below. (I usually copy so that I can more easily keep track of where the door needs to go when closed) You will need to use a smaller grid size so that the door lines up with the top of the closed door position. 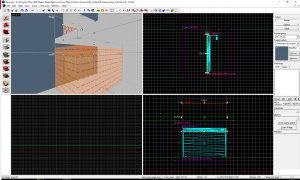 Once done, resize the door to half or a third (or less) of its size so that the top of the door is either level or below the ground. (The resized door ideally should be as large as possible so that fewer segments are needed later) My resulting door is shown below. Notice how the top of the door is level with the ground. Ideally I'd like the top to be below the ground, but that would require another segment to be made, increasing the number of entities in the map. 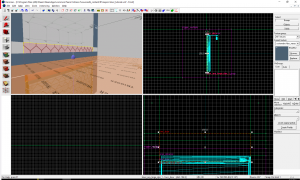 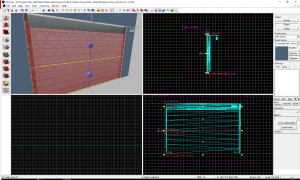 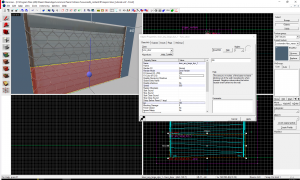 Finally, to avoid the door opening sound to be played multiple times, check the "Door Silent" flag for each segment EXCEPT the bottom segment, as shown: 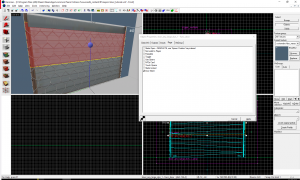 Now you may want to group the new segments into the same group as the original prefab, and you're done!
All that's left is to enjoy having a door with a clear passage above it when opened. 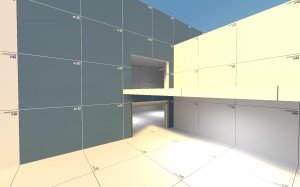 Also note that this is the issue and fix to the door for blu's first forward spawn in pl_upward, as pointed out by Mr Paladin. ( @The Jill maybe you could look into fixing that now?)
Toggle signature
PL Vigil | How to Fit a Door Where it Normally Wouldn't​
You must log in or register to reply here.
Top Bottom