For my detail contest submission, I am attempting to create a custom blend texture between the opaque and transparent versions of the waterfall textures to create a smoother transition between running and still water: 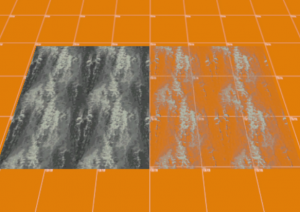 (The two waterfall textures I am attempting to blend, as seen in Hammer.)

The opaque texture is the same as the transparent texture, just with transparency disabled in the .VMT. However, in a blend texture's .VMT, it is not possible to define one of the textures as transparent and the other as opaque. So I copied the waterfall .VTF and removed the transparency by exporting it as a .JPEG (which does not support transparency) and re-importing it, creating this: 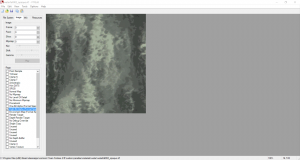 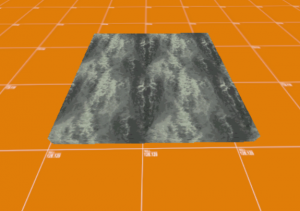 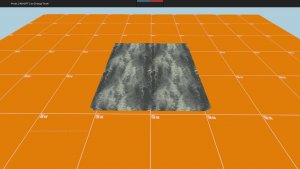 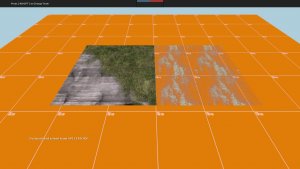 The custom waterfall texture, next to a Mountainlab cliff blend. Both are displacements with the exact same alpha values (I copied the waterfall displacement from the Mountainlab displacement to ensure the alpha values matched). Left: In Hammer; Right: In-game. Despite the varying alpha values, the texture always appears constantly opaque or constantly transparent. In Hammer, it appears fully opaque, in-game it appears fully transparent. I'm not sure why this is, but as you can guess, that's not what I'm aiming for.

I've tried messing around with the .VMT, adding/removing various effects (including $blendmodulatetexture), even copying the .VMT from the custom water blend that EArkham linked to here and substituting the black texture with my custom waterfall texture, and it still didn't work. If anyone could identify why this isn't working and help me make it work, that would be greatly appreciated. All self-made custom files are attached in the blendwaterfall.zip. The waterfall blend is called "blendwaterfall", and the opaque texture is called "waterfall002_opaque".