[Screenshots are slightly outdated, but nothing major]

Wowzers! This is the first map I've actually completed (as far as alphas go, anyways). I'm just glad to push this out.

This map is based on a top-secret facility in the desert co-owned by RED and BLU. It's an office-esque structure that surrounds a Quadrangle and a point in the centre. Luckily the teams have been doing some construction so you have plenty of things to climb on and hide behind. Did I mentioned the facility is air-conditioned?

What is a Quadrangle, you may ask?

In architecture, a quadrangle (or colloquially, a quad) is a space or courtyard, usually rectangular (square or oblong) in plan, the sides of which are entirely or mainly occupied by parts of a large building (or several smaller buildings).
Click to expand...

So yeah! Extremely loosely based on a school I used to go to. The map emphasizes the need to control the hallways surrounding the point as well as the point itself.

I'd appreciate any feedback you guys will give. And yes, I know it's over detailed. I like to decorate, sue me. Last edited: Aug 18, 2015
Toggle signature
"This isn't an Alpha, this is Garbage!!!" - an ExtraCheesyPie map enjoyer​

Captain_Clam said:
That lighting in the last screenshot is very... green. It might mess with player recognition.
Click to expand...

probably should've changed it, it's inside an underground flank area. I just thought it looked underground-y


Also, the lighting is yellow, but merged with the wall colour it looks more green than it really is.
Last edited: Jul 29, 2015
Toggle signature
"This isn't an Alpha, this is Garbage!!!" - an ExtraCheesyPie map enjoyer​

I thought of Quantum Conundrum when I read that name. 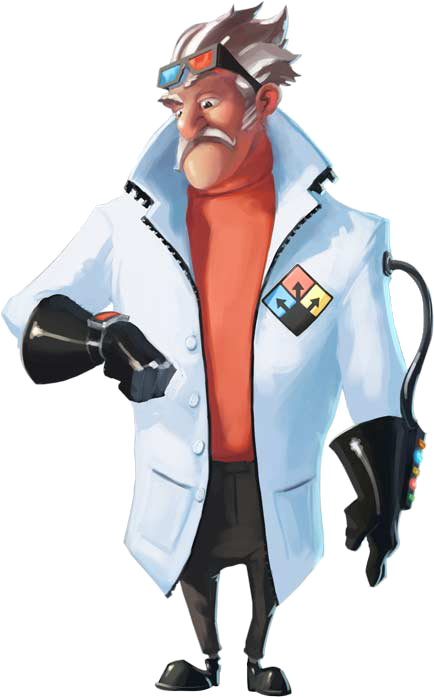 Ah, Professor Quadwrangle...
Toggle signature
"Before posting accomplishments, ask your self 'would people I don't know like this?' And 'Is this actually good, or do I just feel proud?'"

Couple of issues I noticed when walking around my myself:

-Your clipping isn't very good. Some "walls" which you had blocked with a combination of props and player clip brushes were really easy to get snagged on. Generally you're going to want to coat an entire area with a clip brush, not expect collision models to do a ton of work (they're bad).

-Related to the above subject, some areas are also accessible when (imo) they shouldn't be. For example, you could stand on stuff like this and this and even this. And the biggest offender would have to be this. Like I said, it's up to you if you want to clip these areas - they could be useful as hiding spots, I guess, but I personally like clipping everything.

-You don't have any func_respawnroomvisualizers. That means that your respawn room doors properly open for each team, but if a team member holds the door open, an enemy can get inside. (My bad lighting might make it look like it's not BLU spawn, but I promise it is!)

-It might just be me being stupid but I felt like you could get lost pretty easily. There's only one sign I saw pointing to the control point, so I think putting arrow signs pointing to the objective wouldn't hurt, as well as some "battlements" signs for the upper areas.

-This isn't clipped. You can jump into it and see parts of the map.

-This room felt kind of pointless. Without any passage, pickups or cover, it just felt like... why would anyone go into it?

-I suggest you remove this. I'm not sure why you have it there (other than it might be leftovers from another brush).

-This confused me. I couldn't see the sliver of glass from far away and thought you could shoot through it. But I'm not sure why it's there. I'd suggest either making that wall either entirely solid or entirely transparent, or just putting a window there instead of the weird sliver.

Generally though I felt like it was a pretty good start for a map. You seem to have a knack for detailing, which is great. But it never hurts to get your map tested in a gameday or impromptu test, so definitely try pursuing one (or both) of those soon enough.

Also I think I found all the G-Men
Toggle signature
And here's where I'd put my portfolio... if I had one.

Also thanks for the feedback, I'll keep it in mind.


Also that stone part isn't supposed to be there, I accidently did that.
Last edited: Jul 30, 2015
Toggle signature
"This isn't an Alpha, this is Garbage!!!" - an ExtraCheesyPie map enjoyer​

A2 released! The biggest change is adding a basement room with use, signs and changing the trains a bit. Need some more feedback for anything else.

Edit: Anyone know how to get on a gameday?
Last edited: Aug 18, 2015
Toggle signature
"This isn't an Alpha, this is Garbage!!!" - an ExtraCheesyPie map enjoyer​

When a gameday's coming up, whoever's running it will make a post there, and you can submit your map by commenting on the post Looking forward to playing this!

When a gameday's coming up, whoever's running it will make a post there, and you can submit your map by commenting on the post Looking forward to playing this!
Click to expand...

Thanks, I'll try to get on. I couldn't find an answer anywhere else.
Toggle signature
"This isn't an Alpha, this is Garbage!!!" - an ExtraCheesyPie map enjoyer​
You must log in or register to reply here.
Top Bottom