The old Dunwich mine has many tales about it. Some claim strange ruins of unknown origin where unearthed there many years ago, while others say the rocks themselves can speak. Many disapearances where reported before it's closure with the place becoming fully abandoned when all of it's workers vanished overnight.

Now, the mine has fallen into the hands of a new owner, a company called Reliable Excavation Demolition. With new managment comes new rumors, and new disapearances. What truth...
Click to expand...

Read more about this resource...
Toggle signature
Click if you enjoy videos about games n stuff

I love the idea of an old lovecraftian temple! I cannot wait to play this!

Looking at these screenshots, I think it’s going to be really, really confusing for players to use the spell pickup models as “random powerups”. I’d use something like the unused moon_gravel_crystal_red/blue props as a temporary solution until you get custom models to avoid confusion.
Toggle signature
8:17 PM - abp: on this episode of tf2m: staff helps user message staff
pass_gigantic --- tc_national --- pd_waterlog --- plr_guavagulf --- cp_reactor --- koth_icebox --- ctf_underpass --- cp_gorge2
Follow me: @Mr14bit - YouTube - Twitch​

Right off the bat I want to make it clear that I think this is a really cool idea for a theme, and that it can probably work with a bit of tuning and rebuilding of sections, but at the moment it doesn't deliver on the idea. Building ruins in TF2maps is somewhat of a specialty of mine, so I get passionate about it. Additionally, I'm running on the assumption that this map is trying to lean into a kind of "lovecraftian" theme for this feedback.

First up, there is zero indication of the ruins existing along the main route until you reach the final point, where there's suddenly a huge door. Here and there around the map there are hidden ruins in OOB areas, and some tablets and carvings piled in the corners of rooms, but they're easy to miss if you aren't looking for them and never on the main path. While I get that Red is trying to hide the ruins, I feel they should have a greater presence throughout the map so it's not a surprise when you reach final. At the moment 90% of the map is just red wood walls with nothing strange going on. My first reaction looking at the screenshots was "oh, where did that come from, this doesn't match the rest of the map" when I saw the door to final, and I felt the same way when I reached it during testing. Consider having more temple-like rooms earlier in the map, or more things very obviously wrong with the western themed areas (caused by these ruins). When I think "Lovecraft" I think of weird, Color Out of Space-type glowing, fog with mysterious figures shambling within, impossible twisting floating structures on scales hard to comprehend, and horrifying mutated monstrosities just out of sight. None of that is here; it's just a frontier town with a random temple at the end that doesn't seem to be doing anything.

Some thoughts on making things look off/hint at the stuff going on before reaching the temple include:
- More ruins and carvings being studied/hauled away
- Glowing ruins causing weird stuff, like floating props or structures in OOB areas
- Ruins having pushed up from the ground on their own, pushing things aside
- Signs of something big and horrible behind a door somewhere, with horrible goop leading to said door
- Marking the spawn locations of the powerups with little glowing rune pads, so that players go "hey, something funky is going on here, and these carved stones are summoning powerups"

These may not align with your vision for the execution of this theme, but they'd make it much more obvious to the players that "weird lovecraftian shit is happening."

For the ruins at final, I think you need to take a bit more care in considering the structure you are working with, since at the moment none of it makes sense. There's two main directions I can see you going with this:
1) These ancient unknowable ruins are neigh indestructible, perfectly preserved and have been here since before humanity and will be long after we are gone. Red team has just built on top of these to study them.
2) These ancient unknowable ruins are ancient and mysterious but not indestructible, and have fallen into ruin. Red team is actively retrofitting these ruins into a base while excavating to uncover their secrets.

At the moment you have committed to neither, and as a result it looks strange. There's walls and structures that are perfectly preserved next to piles of bricks, as if they have just been built rather than disassembled. There's wooden supports to prop up structures that don't need it. There's wooden doors directly into solid stone walls. There's fragments of tablets with carvings all over the map, but nowhere they could have come from; it's all too perfectly preserved (except one broken doorway in Red's last spawn, the only place with visible damage anywhere on any temple structure in the map as far as I can tell????). Both the modern structures and the ancient ones are perfect in almost every way; there is no clear story here of which came first. As a result, the whole thing feels artificial in a way that doesn't work. On the off chance that is the intention, and this whole thing is actually artificial and a scam that Red team has built, it's not communicating that.

One of the biggest issues is the door at final; the wall it is in doesn't make any sense! You can just walk around the giant sealed doorway into wooden tunnels, bypassing it entirely. The whole wall should be stone, why is it just around the one doorway? And on the inside of the base, the stone doorway is flush with wooden walls, which makes the underlying structure all the more confusing.

Ultimately, I think the main thing is the seeming lack of consideration of the passage of time; what was built when, and how those structures interact. You need to imagine not only what it looks like now, but what it originally looked like, and how it got to where it is now. There's too many solid wood structures around final, leave some exposed stone floors! Replace wooden doorways with fancy temple ones! Have whole rooms be made of stone, not just one or two walls! Replace support beams with stone pillars! You seem to be afraid to change any of the gameplay space to account for the theme, and it's really hurting the execution. Don't be afraid to shift some doorways, knock out some walls, and change some platforms as needed to sell the theme. How I approach this is that I attempt to picture some grand underlying original structure, then blasting away walls and adding scaffolding until it matches the gameplay space I need. To do this I will usually draw over screenshots to picture the original stucture, then replace any gameplay geometry with Skip brushes, then built the original structure using the Skip brushes as a rough guide, then build and wear away as needed to roughly match the original geo, breaking from it as needed to really sell the theme. I am of the opinion that the vast majority of final should be made of temple ruins with some modern structures built as needed to traverse it, instead of whatever it is right now.

Minor visual nitpick not related to the ruins, but I think you should revert the tunnel after A back to being a man-made structure, since at the moment you've ended up with a tiny sliver of a rock wall that does not look good at all.

I can't comment much on the layout since I've not played the most recent version of non-event Midwest, but I remember past versions being much more interesting, particularly B. Sadly I can't give you an exact version number that was my favorite since there's so many and it seems I only have B48 on my PC, and that one already had the layout changes I didn't like. Do keep in mind I'm weird and like difficult and chokey payload, and it seems you are not and have shied away from that.

The random powerups aren't fun at the moment. There's too much of a risk that you get hurt or disadvantaged. At the start, I noticed how short they lasted, which in turn pushed me to only try and used them when I was already in combat to try to gain the upper hand. The problem with this is that 50% of the time it ends up killing you if you touch one while in a fight, which my brain then argues (possibly incorrectly) is a lower chance of success than if I trusted my own skill and just fought normally. Over time I stopped using them almost entirely because of this gamble. If the balance was tilted more towards positive effects (or the negative ones were removed entirely) I think they'd be more fun.

I like the explosive barrels! I seem to recall Zeus working on little lovecraftian/tenticle aliens to replace them in #wip, and I think they'll stick out far too much unless they're only to be used at final in the temple. I'd just keep the barrels if it was up to me, personally, so the whole map is consistent.

I hope I have not overstepped my bounds with this feedback, and that you and your team continue to work on this. It's a neat idea and if done well it could be really cool!
Last edited: Aug 4, 2022
Toggle signature
8:17 PM - abp: on this episode of tf2m: staff helps user message staff
pass_gigantic --- tc_national --- pd_waterlog --- plr_guavagulf --- cp_reactor --- koth_icebox --- ctf_underpass --- cp_gorge2
Follow me: @Mr14bit - YouTube - Twitch​

panic at the first bite

Read the rest of this update entry...
Toggle signature
Click if you enjoy videos about games n stuff

Minor suggestion but I think using sky_night_03 (the badlands-looking skybox from the Swamp Pack) would fit really nicely on this map.
Toggle signature
Minty <3

Read the rest of this update entry...
Toggle signature
Click if you enjoy videos about games n stuff 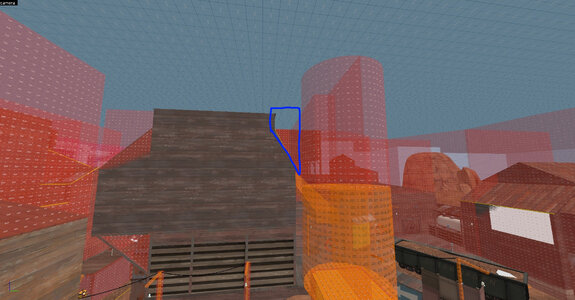 -changed uber dice result to phase "bonk"
-added shoot speed increase result to dice
-added reload speed result to dice
-changed burn result to mad mlik effect
-changed bleed result to marked for death effect
-various detail changes
-fixed sound effect for grabbing dice
-each dice result now has a specific sound saying what it is
-adjusted a few props at the upper area by A
-moved die near B to behind the one way door between A and B to help blu attacking B
-probably some other stuff too
Click to expand...

Read the rest of this update entry...
Toggle signature
Click if you enjoy videos about games n stuff
You must log in or register to reply here.
Top Bottom