Alpine - Take advantage of the two outer buildings to converge on the center objective!

If you want the long version, watch this video:
View: https://youtu.be/1vNLsSi5qe8

(Sorry about the whistling S's and me clearing my throat. I didn't realize how annoying it was until I re-watched it )

It's quite cool that you have a video it really helps explain/show what you want from the map and your thoughts on things.

I quite like the map in general and the areas/routes are quite varied in how they feel.

The corridors should maybe be a bit wider just so you have a bit more space to work with when you're fighting in them, it could make it difficult to push through/fight someone who is in one of the bigger squares going through the long corridor as is. Which could help with entrances being blocked off especially with this entrance being much further away from the others.

There maybe should be a playerclip/something else stopping you from going ontop of spawn since a soldier/demoman could get up there and shoot down onto the fairly narrow exits from up there, there is also an exploit when you're ontop of the spawn you can go to the left of the mountain and go out of bounds, the same is with ontop of the big building with the balcony.

I'd probably say the best building (in terms of how powerful it is for a team to be there) is the building with the balcony, it's quite close to the point and you can shoot down from the balcony with 2 mini healths nearby with a huge healthpack downstairs it's smaller but that makes it easier to defend and you can defend with the help of healthpacks/from above.

Whereas the other building seems more for positioning/going through one of the different routes into spawn but possibly wouldn't be as good for defending the point.

Possibly the corridor area needs shortening to make it a bit closer to the other routes since it takes quite a bit to get there although it could be fine as is depending on how good of a position you end up in after taking it. The convenient thing with how it is currently if you do want to shorten it all you would have to do would be to straighten this bit out. 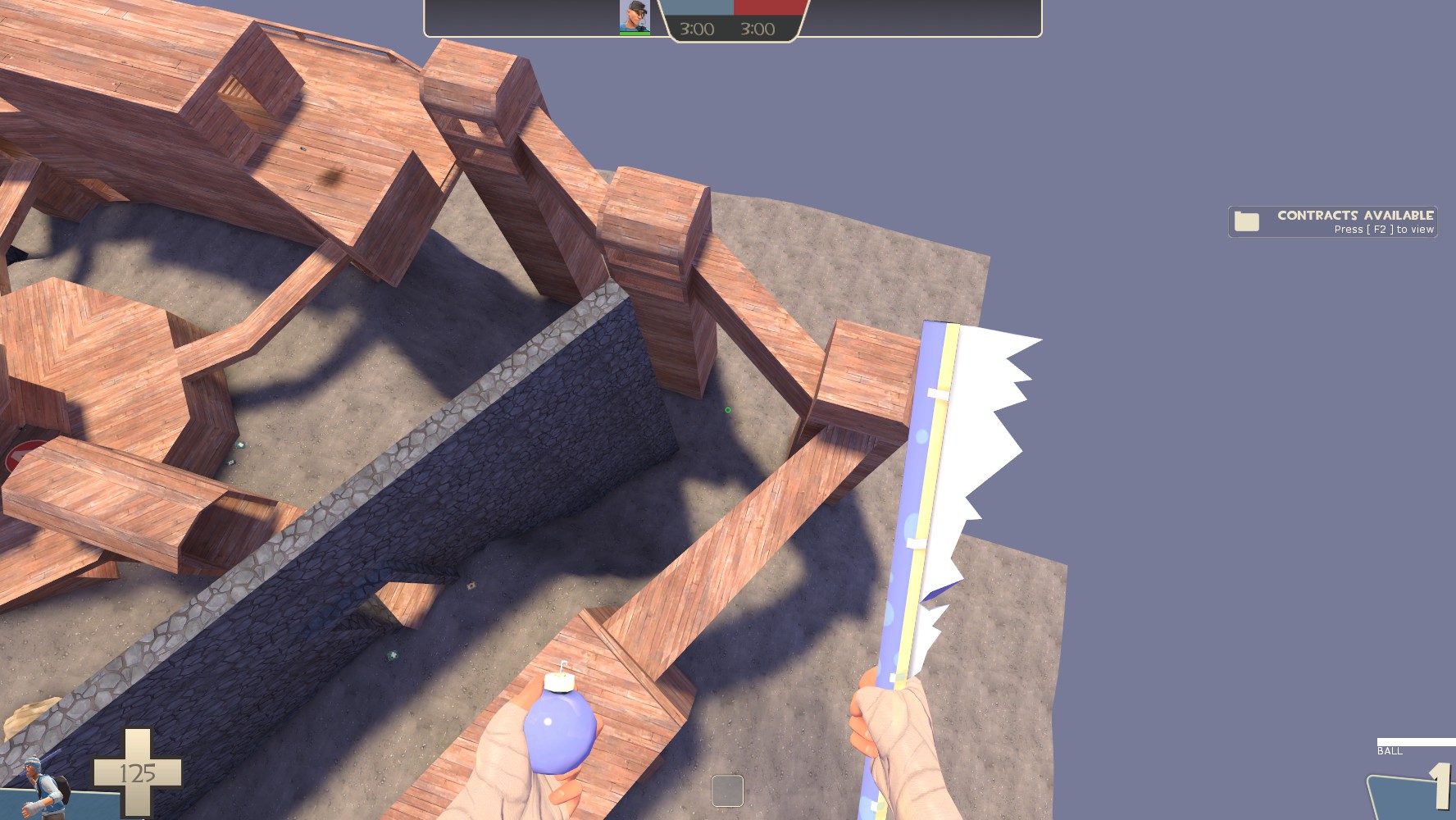 The thing with arrows with this map is if you go through either of the first 2 entrances it's quite easy to tell where the point is since there's the big "A" either side that is visible from either entrance, one already takes you directly to the point and the other fairly nearby. There probably aren't many places you could get lost, maybe in the biggest building to easily see all of the different routes? then you know each direction that you can go that will lead you to the point or possibly the 2 first entrances since you can easily see the map from those.

That's about all I can think of, Have fun!

Thank you for the thorough reply! I shortened the towers path and revamped the bit under the objective. I'll post the new version tomorrow, probably.

I'm still exploring the game engine, so I decided to add a 3D-skybox, props, and a bunch of layout changes. Probably a bad idea since I still haven't done any real playtesting, but the decorated areas aren't areas that will likely need very much changing. The main layout changes were to the basement, alpine towers route, and the ditch around the objective.

i recommend adding a thumbnail and preview pictures so we can get a look at the map before downloading
Toggle signature
***fish slap intensifies***
You must log in or register to reply here.
Top Bottom