It seems I can almost never get any displacements I touch to sew. The command might as well be magic to me. Even worse, at the moment I'm in a tight spot. I've got this panel on my zeppelin that refuses to join with its neighbors. If it can't be joined, I might as well just delete most of the map and start over, because it's all one big round displacement blob and it needs to be seamless. So can I make this sew itself? If not, is there any way to force it to? Like, the hammer equivalent of violently hammering two pieces together that almost fit but not quite.
Toggle signature
Current Projects:
koth_descent Subterranean koth map. Fight for an elevator to ultimate wealth, dodge lethal minecarts.
cp_chateau_event Halloween cp_steel. Spooky chateau with skeleton hordes and pumpkin bombs.
3D-Printable objects My current library of TF2 STL files. Let me know if you make any!

that's because they are not lining up. In this case, because of the window in the side. One way to fix this would be to split the displacements above the window too. Kinda like this: 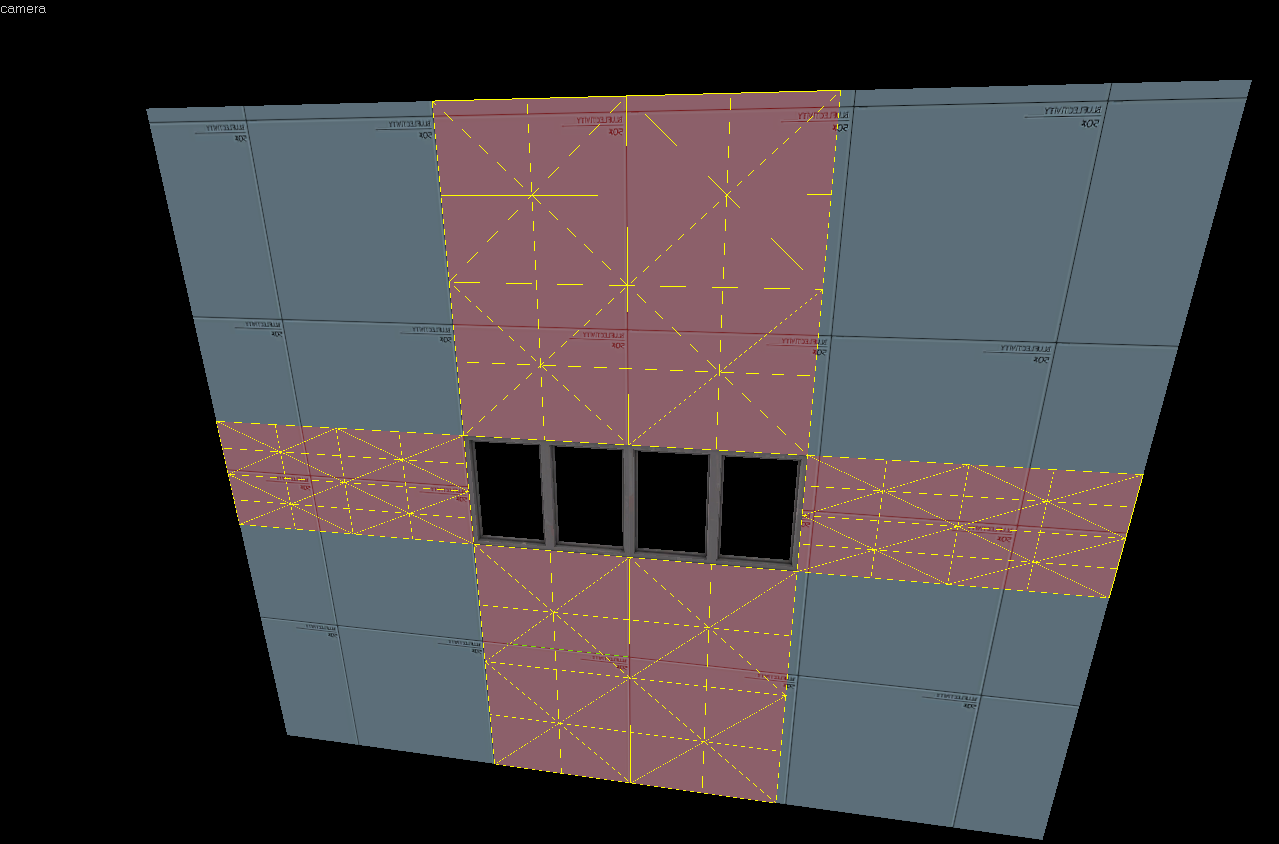 All these brushes are displacements, i just marked half of them so you can see the individual displacements. Notice how each displacement (all of which are at the same power) line up perfectly.
Last edited: Dec 13, 2017
Toggle signature
cp_ares | mvm_relic | mvm_sludge | koth_nippletwister | The Aquatic Admiralty

Displacements only sew when their edges match together OR if one face is exactly half of another edge.
Toggle signature
Click if you enjoy videos about games n stuff

The edges of the displacement have to already match point to point in order to sew in the height direction. Also the source brushes for the displacements usually need to line up as well. So for your blimp you will need to cut all the other displacements at the line above the window and then use secondary ones for the the area below the window.

The only exception is when the displacement corner point lines up with the midpoint of another displacement.

Thanks for the help so far. So I tried slicing the hull horizontally along the top of the window. On a few parts of the ship it worked. For the rest... huge chunks of the hull were deleted and hundreds of tiny seams opened up everywhere. If it were a cylinder, I don't think it would have done that, but I can sorta see what happened here. As the hull sloped upwards, the cut produced smaller and smaller chunks, to the point where the last one (where the hull was deleted) would have had 3 sides. I can figure out how to make this work.... I think

*edit* This process also changes where the edges of the displacement are located. Not only do they shift up and down, but left and right... and even though sewing fixes parts of this, it's giving my zeppelin a lumpy and misshapen appearance.
Last edited: Dec 13, 2017
Toggle signature
Current Projects:
koth_descent Subterranean koth map. Fight for an elevator to ultimate wealth, dodge lethal minecarts.
cp_chateau_event Halloween cp_steel. Spooky chateau with skeleton hordes and pumpkin bombs.
3D-Printable objects My current library of TF2 STL files. Let me know if you make any!

you'll probably just have to redo the displacements from scratch so that they sew
Toggle signature
|| DOG3 || DAUPHIN || MEGALO || PELICAN PEAK || JINN || CAPER ||
Ko-fi
mr. toaster☪︎i honor christ: theres 100s of sightlines and 100s of flanks this map was made by a computer algorithm

View: https://www.youtube.com/watch?v=04cVm3bwM3s
Toggle signature
Click if you enjoy videos about games n stuff
You must log in or register to reply here.
Top Bottom