Download
You are using an out of date browser. It may not display this or other websites correctly.
You should upgrade or use an alternative browser.
Overview Updates (7) Reviews (2) History Discussion

Formerly known as greenhouse which I adopted from @Necrσ / Halcyon

Ive decided to take it to a more competitive approach because I found it having potential.

Japan pack
Bulletcrops content pack
Sulfur Content
The Re-Coloured Pack
+probs some others that I got third party or forgot about, (please tell me if you recognise any)

flipped the windows on the catwalk
splitted the battlements, requiring people to walk from one to the other all the way. (jumping classes can still go over)

some other stuff idk

Oh my gosh, yes. This map looks fantastic. I love the direction this is going.
Toggle signature
it's hammertime my dudes
[Busy with school, so hammering has come to a pause.]

Y'know, I think I liked the old name Viridii better. Rolled off the tongue easier.

thanks to feedback from

oh Now I see. I did think the name of this map is particularly Korean.
btw you want to keep 지하실 as a single word without spacing
Toggle signature
Visit my blog!: https://virtualdesignspace.blogspot.kr/

Cubemaps weren't built for the latest version of this map.

Cubemaps are broken when viewing the map with HDR on. Here are some screenshots of what the map looks like because of this: https://imgur.com/a/JbH5pfJ

whats with all of the clipping that kills rollouts (and really confuses me on where I can go)?

any plans to change it up in the future to where there arent invisible walls on places it looks like should be strategic?

Theres a lot of invisible walls that I just don't understand. These don't need to be here IMO. Kinda kills any interesting soldier movement.
Exhibit A (Outside spawn door). 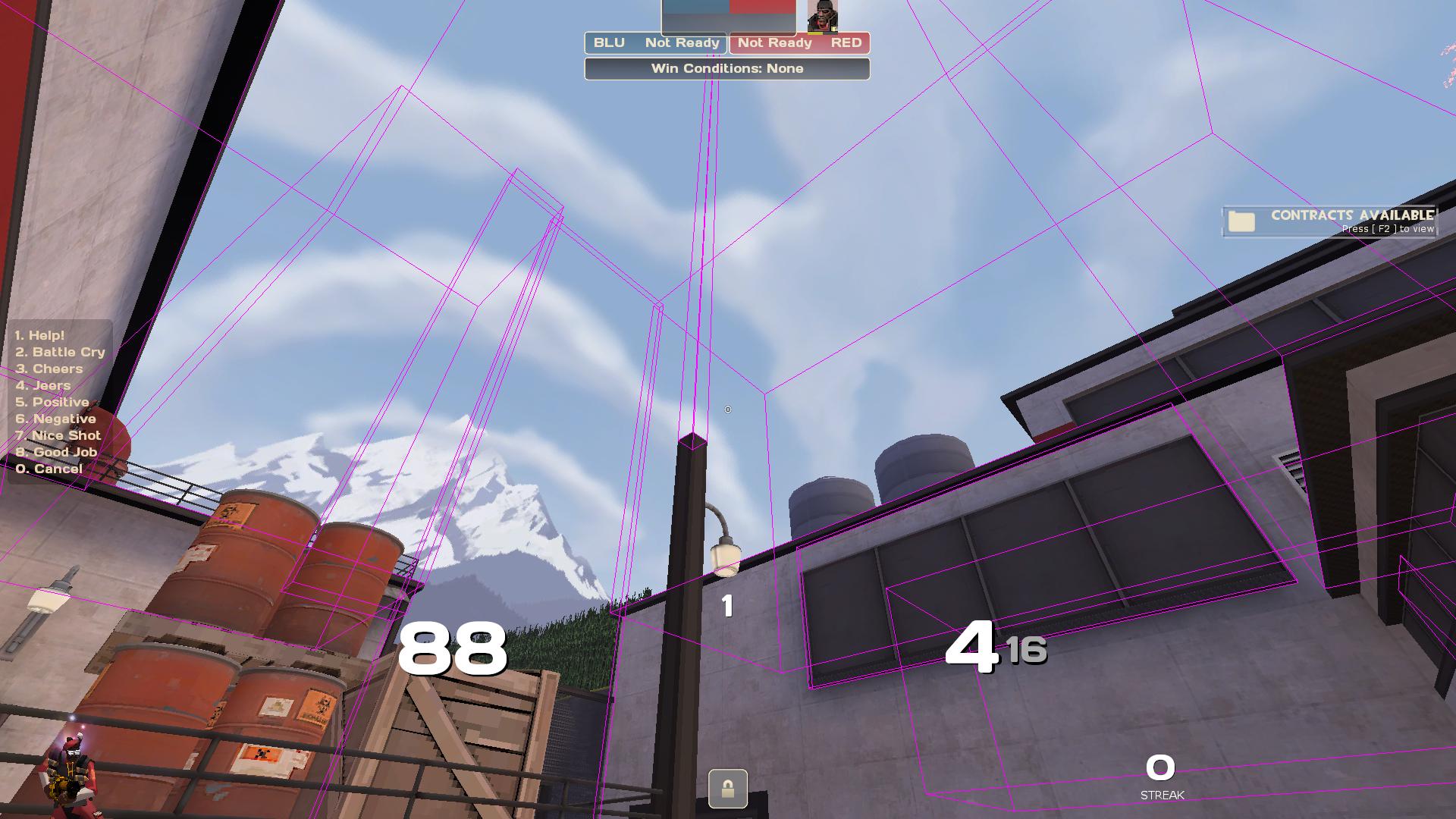 This first one was a good laugh, but it shouldnt exist for such a small brush.

Exhibit B (On way to mid from outside spawn door). 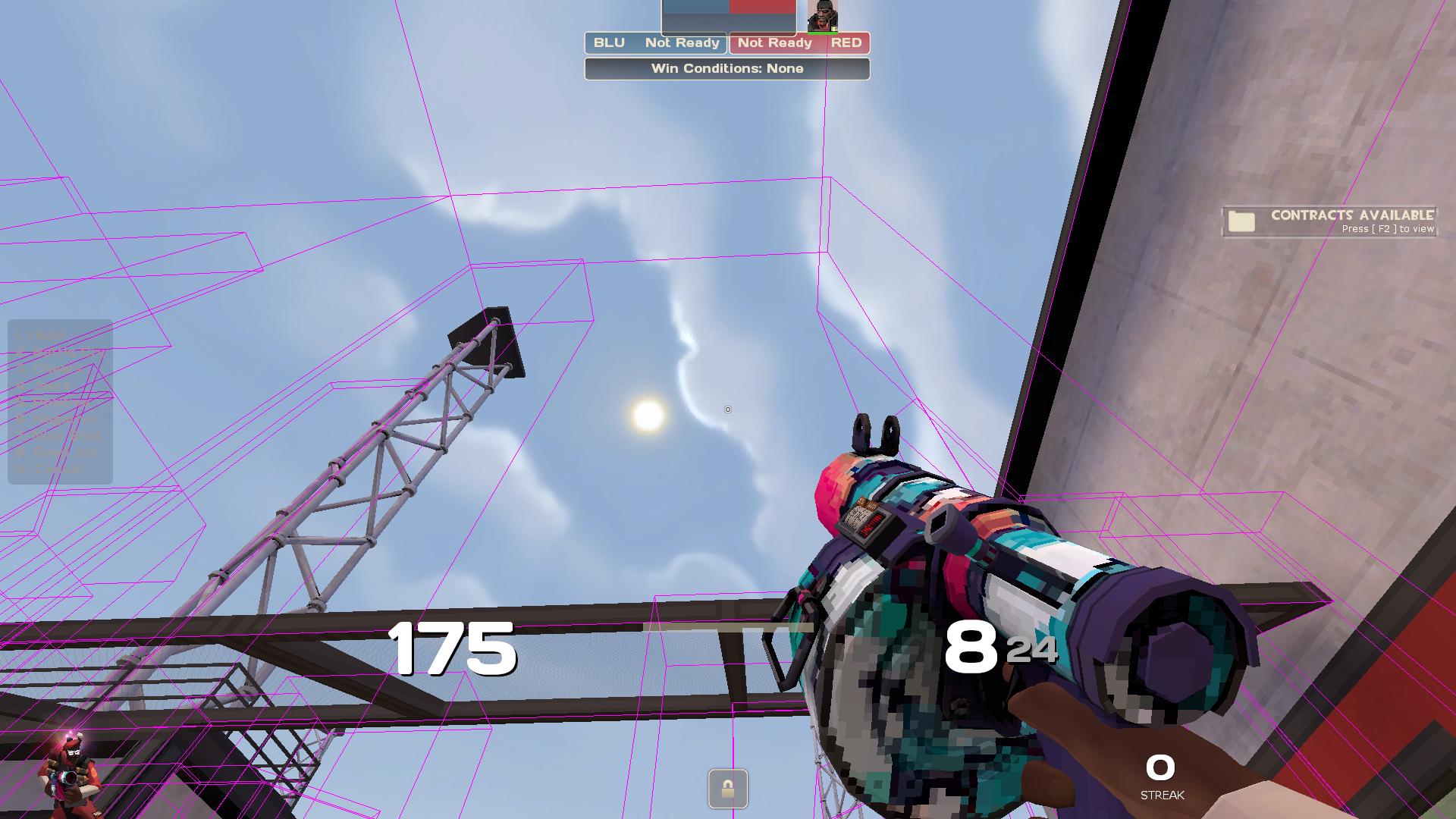 This one I don't understand at all. Forcing people to thread the needle under this glass ceiling doesn't make much sense, there's no reason why people shouldnt be able to go over this catwalk. 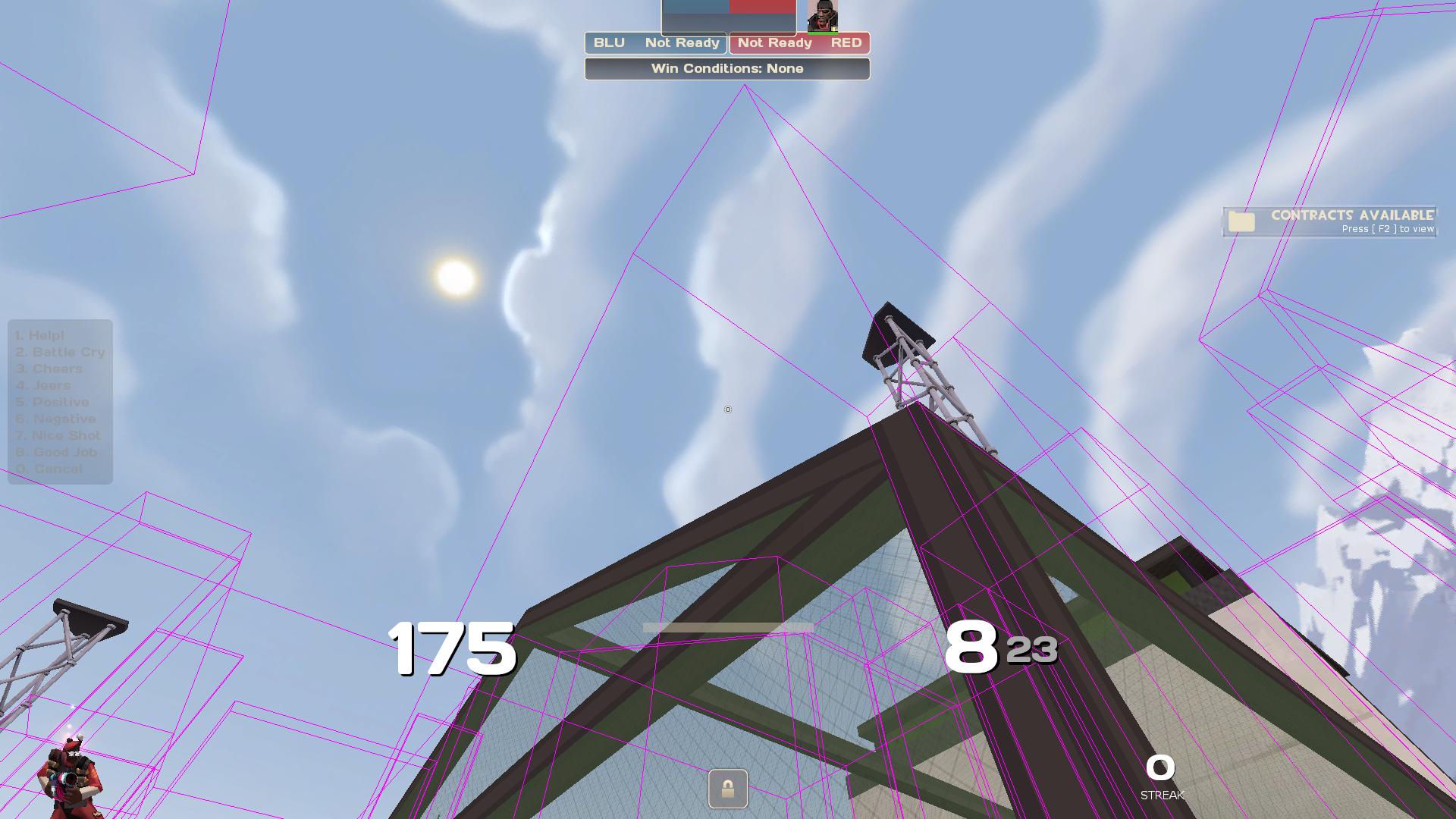 This one you can at least argue you dont want this highground to exist for gameplay purposes, but if thats the case make it look like you shouldnt be able to stand on it, i.e. make a tower thats a lot higher or something.

after a long downtime it's finally back.

GAMEPLAY
-adjusted some sightlines spanning from lobby spawn to battlements
-reworked the dropdown room to have a stairway instead
-overpass above the flank fence is now accessible and can be splashed through the grates.
-changed the shape of the point in order to combat "ninja capping"
-added a small ammo pack behind point under battlements
-staircase outside of right spawn made w i d e r

next up are 3d skybox, new skybox (currently budget tatooine) and edits to the korean signs, these have been sent to me already but im too lazy.

-fixed shit cubemaps/packing from b8
-shuffled around some props to make them look nicer and changed their colour
-added 3d skybox
-long overdue update of the korean sign for battlements from 교전지점 to 교점지역, and in the process accidentaly messed up one other sign which i will change later i suppose (제한구역 (restricted area) instead of 지하실 (basement) in the old dropdown room)

and last but not least,

- optimized the map in general, since i have a toaster config i personally can not tell the difference but i am curious as to how much it impacts different configs (fade distances, hints, occluders)

Heyo, b10 of your map had Missing Cubemaps so I made some for it! No decompiling of the map done, I just generated them inside tf2 using this (https://tf2maps.net/threads/tutorial-building-cubemaps.16452/) handy guide. The filename is koth_daenam_b11. Credit isn't required but it'd be appreciated

Katsu! :3 said:
Heyo, b10 of your map had Missing Cubemaps so I made some for it! No decompiling of the map done, I just generated them inside tf2 using this (https://tf2maps.net/threads/tutorial-building-cubemaps.16452/) handy guide. The filename is koth_daenam_b11. Credit isn't required but it'd be appreciated

thanks for making this, i hope to get back to updating this soon with fixed cubemaps this time


all credit to @Katsu! :3 for that obviously, thought id upload it here so it is more in the spotlight. once again huge thanks for taking the time to fix it
Click to expand...