Download
You are using an out of date browser. It may not display this or other websites correctly.
You should upgrade or use an alternative browser.
Overview Updates (5) Reviews (1) History Discussion

Baxter - Blu fights Red in their mountain base.

Baxter state park. The tallest mountain in Maine has a secret base inside of it that Blu team wants.
View attachment 167187

Still processing the demo and feedback but it's mostly:
Look at the blobs of red. Those are all doorways/cramped areas that BLU has to walk through. 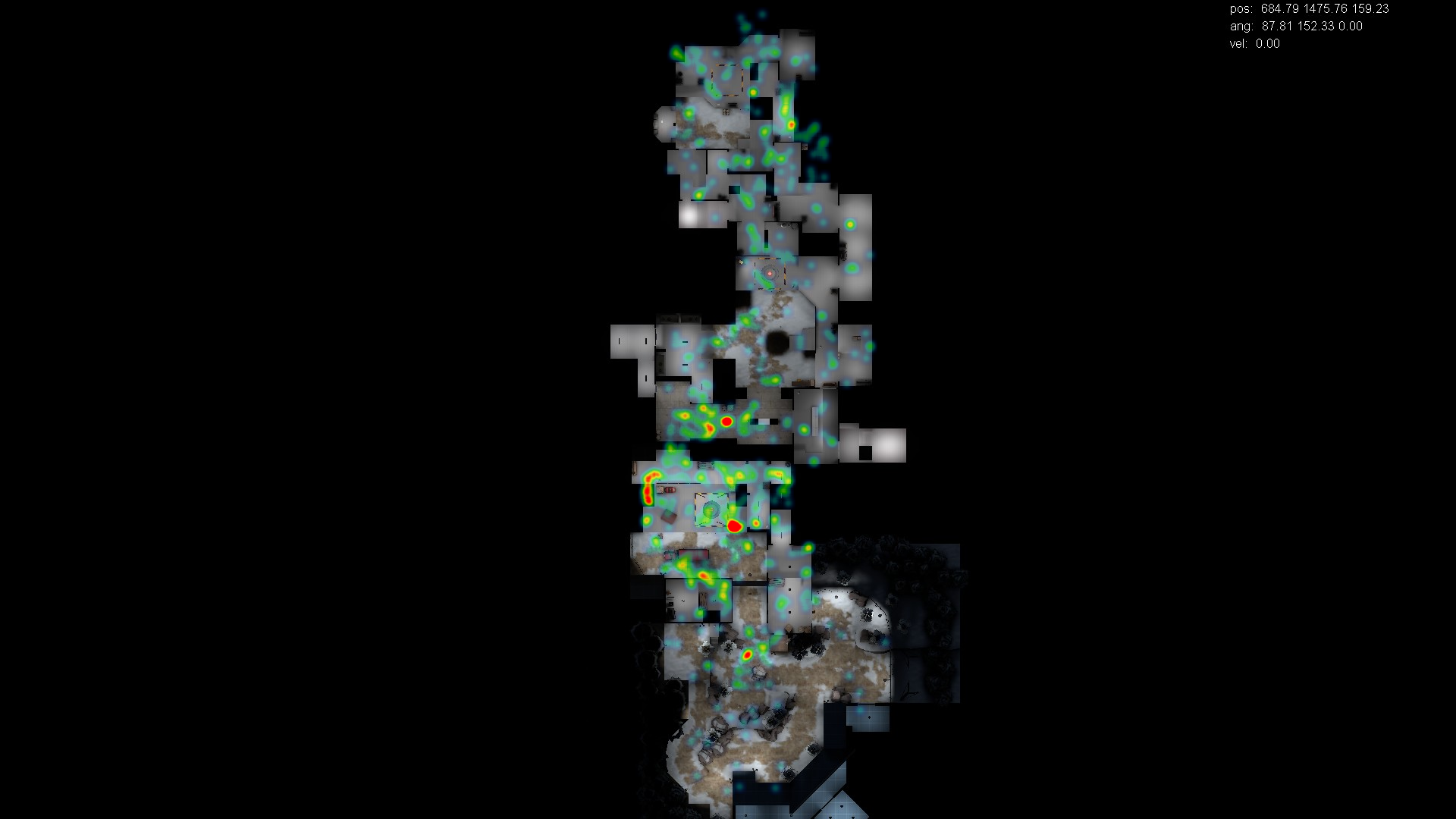 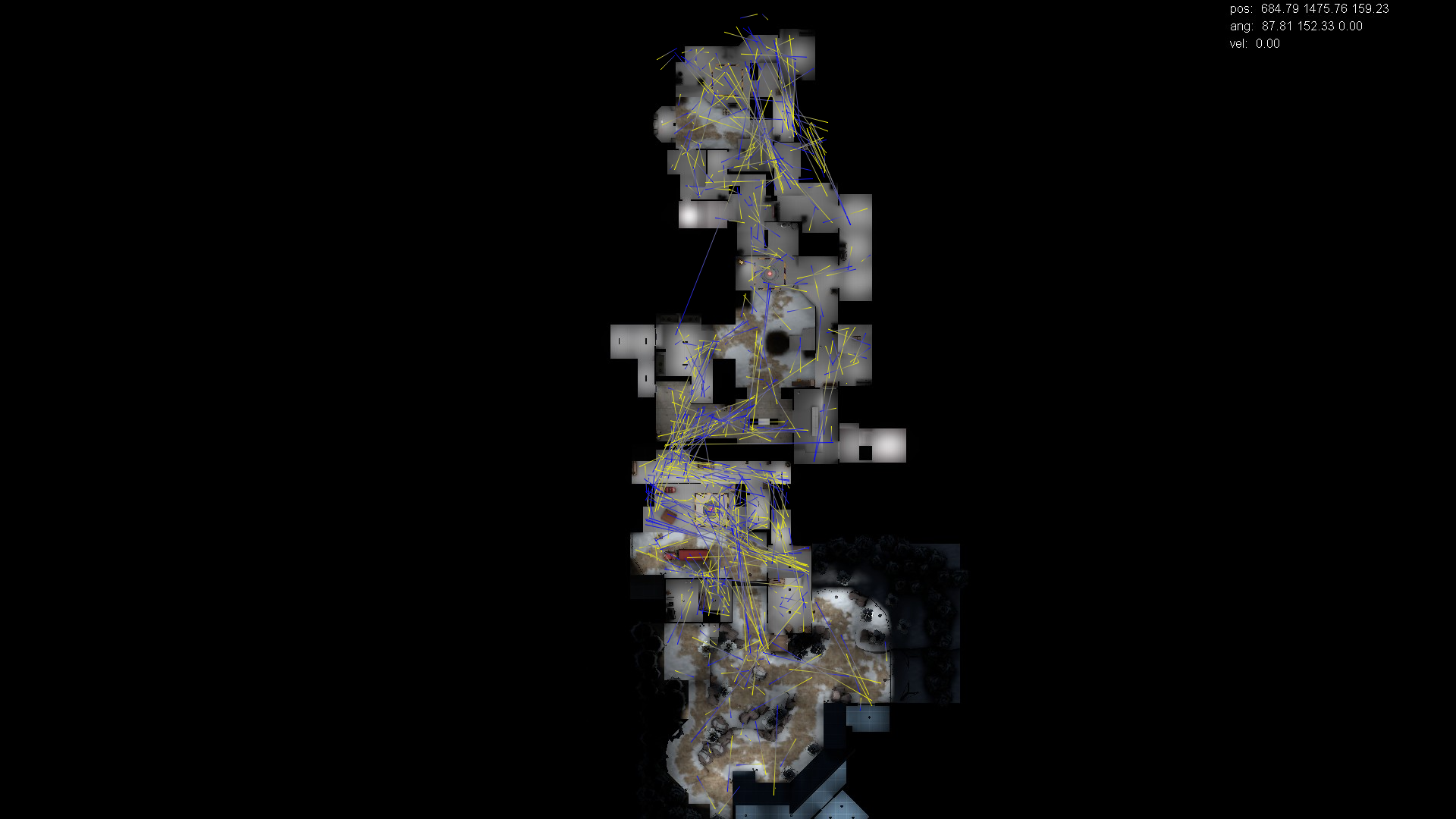 Messed with the routes leading into A.
Added a route to the single way.
Shrunk A.
Shrunk B.
Changed route into C.
Click to expand...

I really like this maps design and the layout you've got going in it!

But I did stumble one or two smaller issues which can be abused;

1A: The small overlapping pipe element allows explosive classes + wrangler engineers to land/stand there without issue
1B: Though explosive classes attempting to land on the flat areas of the red pipes get pushed off, a wrangler + rescue ranger engineer can quite easily launch himself up and place a sentry, tele exit or dispenser there (Note; Standing on top of your own dispenser and sentry of any level puts you above the effect of the pushing force applied to this area!) 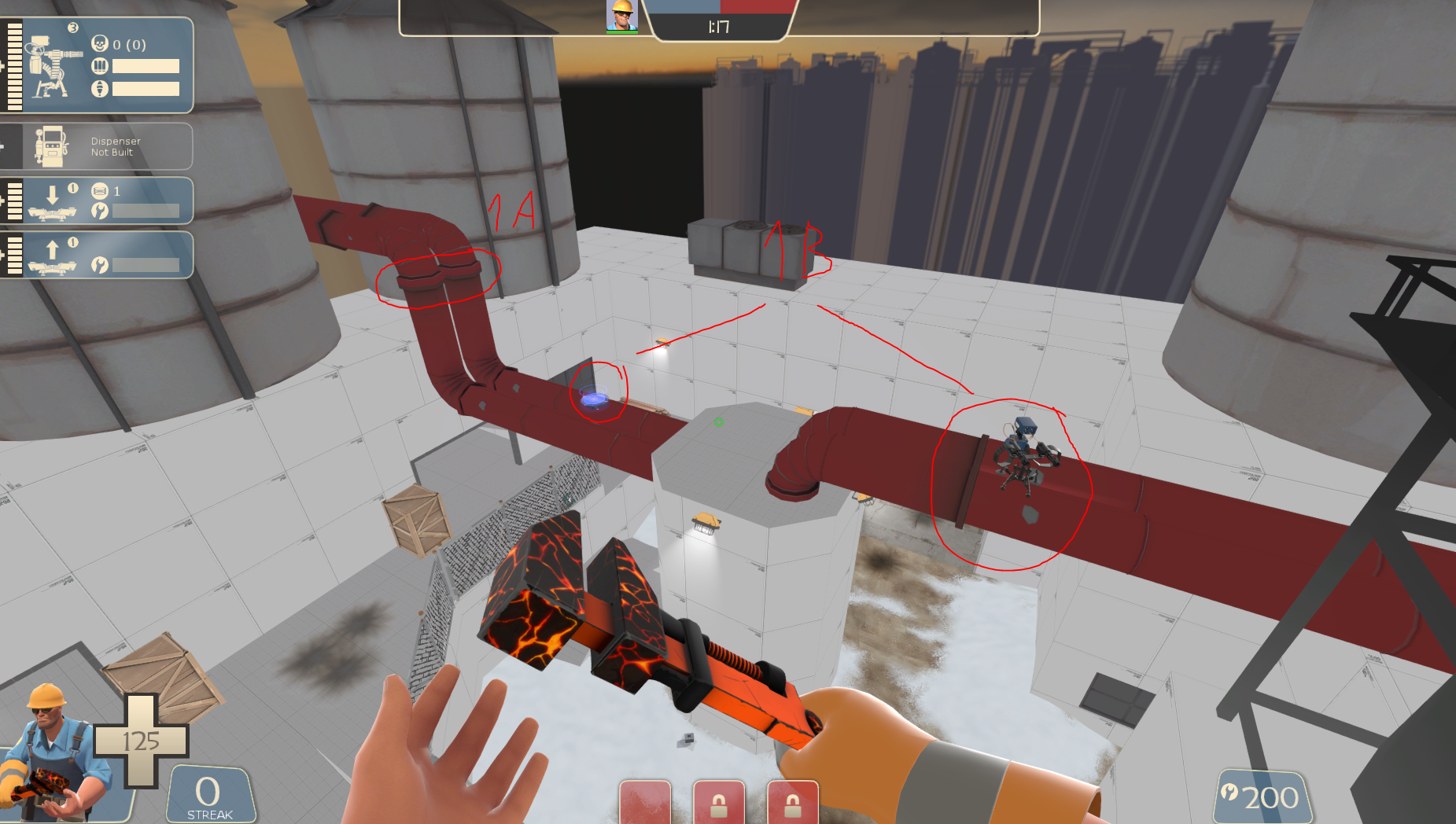 The second 'issue' I came across was being abled to comfortably stand on top of the tall trees at BLU's starting spawn, as a Demo a single sticky is enough to get up there, as soldier 2 rockets suffice
Some of these trees provide a really protected spot for a demoman sittin and tossing his balls down from there