Download
You are using an out of date browser. It may not display this or other websites correctly.
You should upgrade or use an alternative browser.
Overview Reviews (5) History Discussion

For this I really tried to brain storm and think of something I haven't seen before. Somehow I came up with the bright idea to make a candle (Which I've never done before, so uhhhh). So, I spent twelve hours sculpting a bust of the Medic (Roman statue style of course). I felt I did fit in a lot of detail so I was pretty happy with the sculpt. After that I cast a mold of it using Amazing Mold Rubber, which turns out I didn't have enough of to cast the whole thing. I was lucky it did cover most of his body so I just used what I had. Of course though my sculpt was ruined because it got stuck in the mold and I had to cut it into pieces to remove it. After that I cut out the bone saw from an aluminum sheet and shoved it in the still warm candle wax with some pieces of red candle in the hopes of making a "bleeding candle" which worked okay but not great. Over all this isn't what I had planned exactly but came out half-decent. I think the bone saw inside was a cool idea but the aluminum was difficult to cut cleanly, but it came out fine. Also the reason he has black on his nose and forehead is because his nose was chipped while removing him form the mold so I tried to melt some wax and stick it back on but the wax burnt and turned black? I just went with it, otherwise at this point I would have self-imploded. It's the same for his forehead, his hait came out so good, but he little swishy superman-esque bit chipped off. Oh well, other than that I loved it. 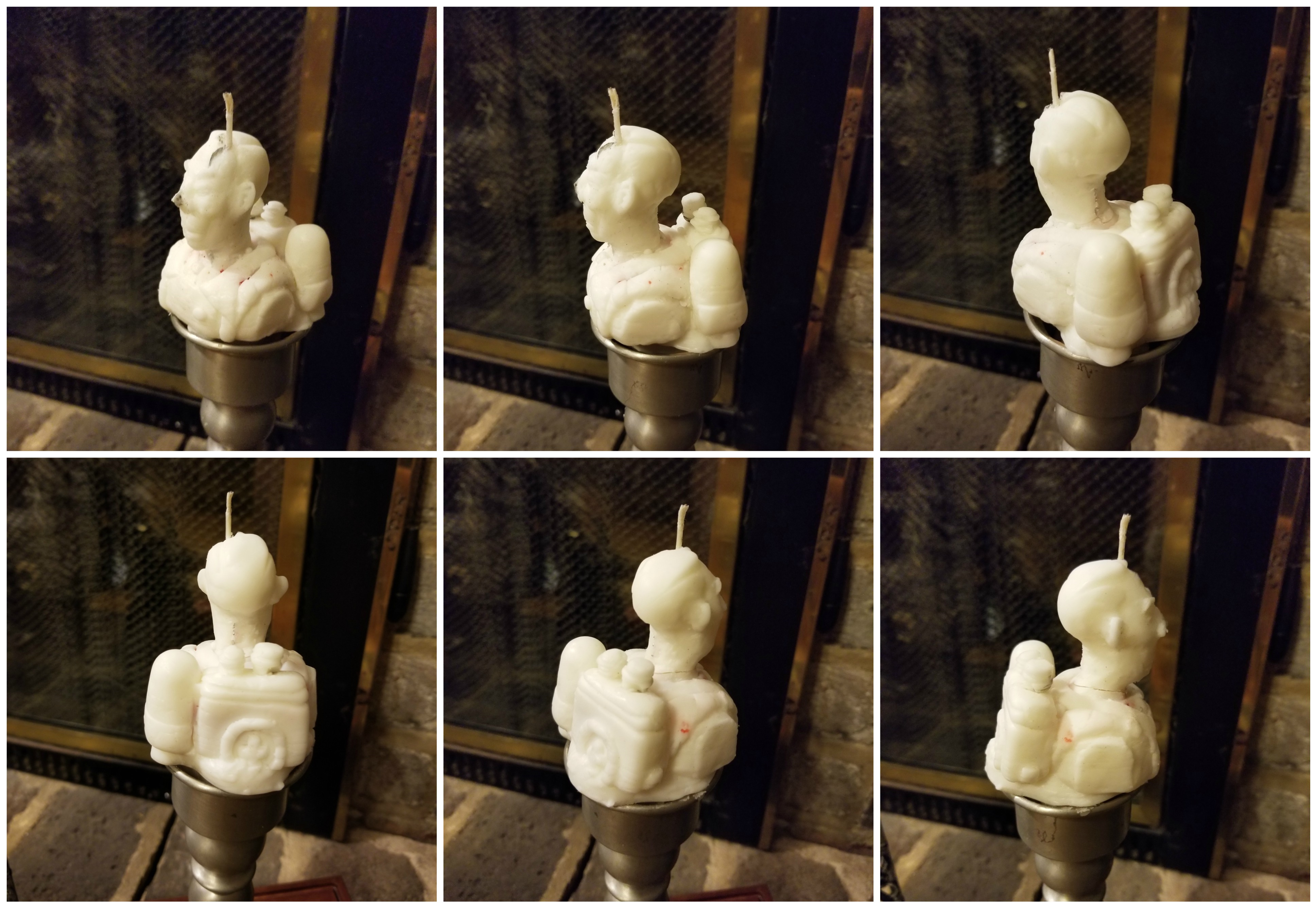 I wouldn't even light it tbh.
Such an out-of-the-box submission. Love! It! I too try and do something different I've never done before each jam, and I completely sympathize with the whole "this went off the rails a bit" feeling. Still, it turned out well (the detail on the back is great), and the "bleeding" effect was an inspired idea.

Snedic
That means so much, thanks!
This is a candle. *Dear god.*
I think this looks really cute and sculped very well. The fact that you took your time to reference Medic and make him into a candle form is just really awesome.
Now this... this is the pinnacle of the tf2 community. Give this user a medal.
Read more…
Top Bottom