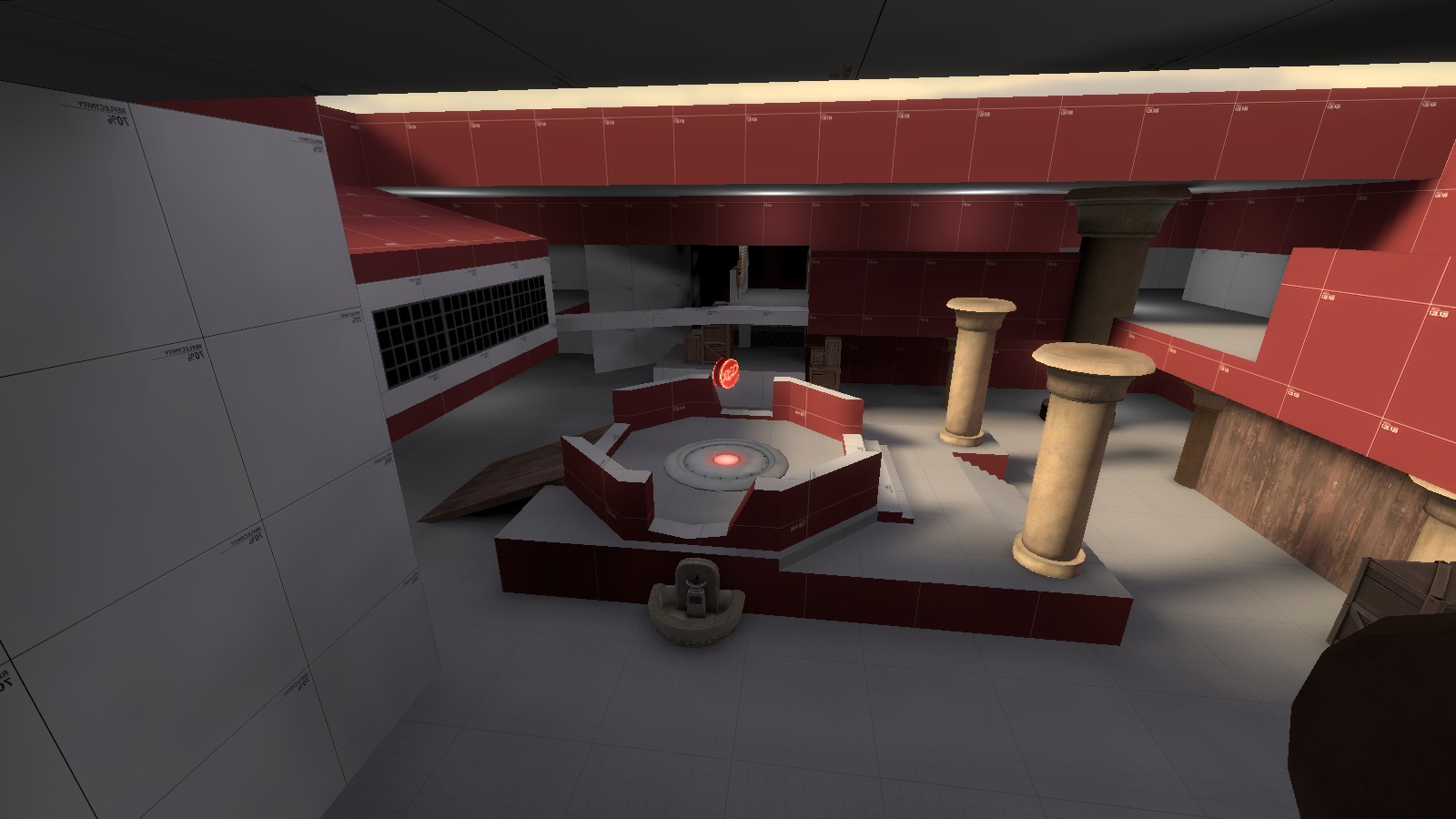 Can you capture the terrifying dada-ist statue, the meaningless damaged buildings, and the final fountain?

I've always had this sorta semi-WW2 themed map based off the battle of Ortona, where soldiers had to enduring slow, grueling battles in each different building. They employed a strategy known as mouse-holing, where they would pierce a hole in the wall and assault through it. AIthough it's not really a thing in the map, it's still sorta inspired. I will later add some more Frontline pack stuff in as well.

So basically it's an italian village-town sorta deal, you climb up hills, fight on cliffs, dance around near lattices and fountains, etc. I tried to balance the gameplay somewhat but it hasn't been tested and I hope the flank routes are enough. I'm slightly concerned about overscaling but i'll have to see.