Don't throw out your sobs, maties! I'm still working on a revamped version of snowforest! I've revisioned this terrible map 3 times already. I hope this time I can finally put this map where it belongs.

-added another blu forward spawn after B is captured (it's under the red's first spawn)
-no idea what else i did, so go see for yourself

I don't know why I didn't publish this earlier though. It was already still WIP when I looked at it. 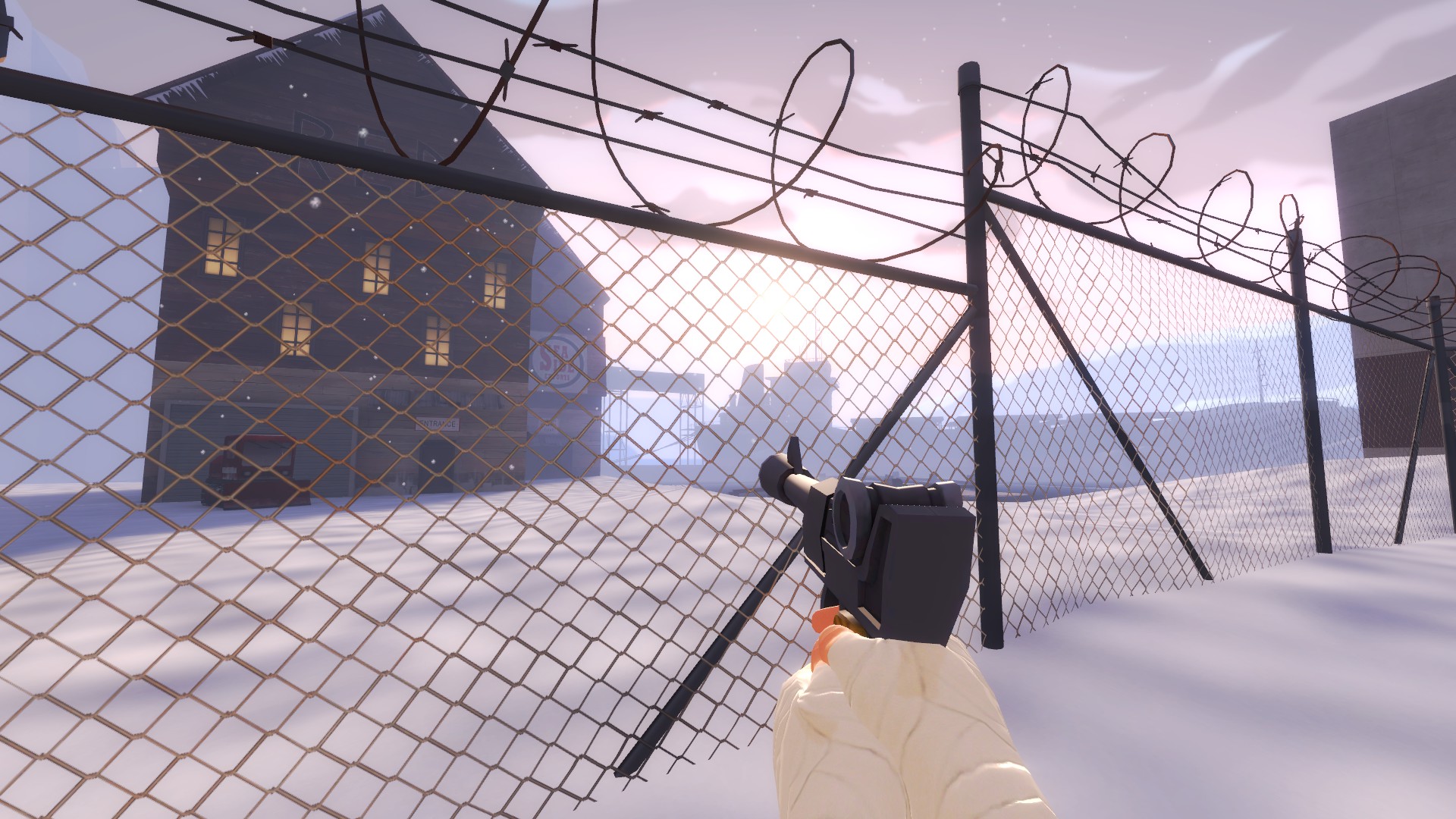 
Changelog:
Tons of detail inside RED's building (to make it not like a box)
Doors:
Detailing on RED's last spawn
Snow Shovels!
HDR!
And,

"You were son real good, maybe even the best."
- Soldier responding to the dissapearance

We can't bring them back, Valve won't accept it... I played Fallen Soldier while writing this.

And....
A new NIGHT version! Coming soon to your local tf2maps.net.

Due to some Broken Download issues... please don't let this happen again

There you go, the shortest changelog with a VERY big change to the map! It looks so great...

*This is A4/B1. A4 wasn't actually released because the layout looked good enough to be in beta.

I know i'm terrible at making falling snow from a non-detailed program.
Probably changing my name to Scout Whisky, IDK
You can barely see the middle

CHANGES: (Blu to Red) (Major to Minor)
Detailing
Optimization! Enjoy the free small FPS Boosts. (Thanks to Muddy for fixing those areaportal leaks.)
Redid wood shack by BLU spawn
Added back route in Red Spawn
-Red door to first closes after first is captured.
Don't you like that shipping dock and dock house/store? I like it.
Added alternate route to Point C after Point B is captured (Thanks to E-Arkham for the Snowycoast Assets for the door textures thing)
Reduced explosion size so you can survive just a bit from the explosion to get in the industrial/water room

Notes not to forget:
Getting to the point where there's i'm only doing detail and bug fixes
Clip the beams in the shack (Fuck I don't want to go through that process of building cubemaps)
Areaportals, KNOW HOW IT LEAKS. I'm crap with areaportals. *My weakest point is optimization.

Special thanks to... If you don't want to read the parentheses I put in

- Made BLU spawn by adding a room with an S-Curved route to the used to spawn points
- Moved some setup gates
- Hills. Because everything looks weird.
- Trees. For the hills.
- Added cover to RED's Last
- PACKING! WOOHOO! HECK YEAH! CUSTOM CONTENT! I am too hyped.
- Added alternate route right behind RED's stair ramp
- Made the ramps on last stairs
- IDK what else...
x Oh crap, forgot clipping on the signs, get ready for A4, I'm really busy.

Get it? No? Yeah? Alrighty Then!

- Changed Theme from Alpine to Snow
- Changes to Point C
Added Big Brush as cover
Took out a big sniper siteline
Added new path for Attackers to access after B is Captured
Basically a room now.
- Changed Skybox (Darn it packing)
A3A will be released shortly. I needed to release this today.
- Made so that you don't see nodraws when you access the water room after BLU wins
- Expanded the hurt trigger from the door to the curved window things
- Moved some health packs
- Added things on top of door by BLU's forward as an expirement
- Some detailing (I just love detail)
- Soundscapes! (I don't like it when it's quiet. It's that time when something creeps up to you. It scares me.)
- Added rocks by B in corners as an expirement
- Added small platform for engie nest in Badwater-Like sniper place by last
- Forgot some (I think I got it all)

SO, please leave some (or a lot) feedback on this. I need a break.