Download
You are using an out of date browser. It may not display this or other websites correctly.
You should upgrade or use an alternative browser.
Overview Reviews (2) History Discussion

Who thought that sending a black scottish cyclops to deliver a big bomb was such a smart idea? 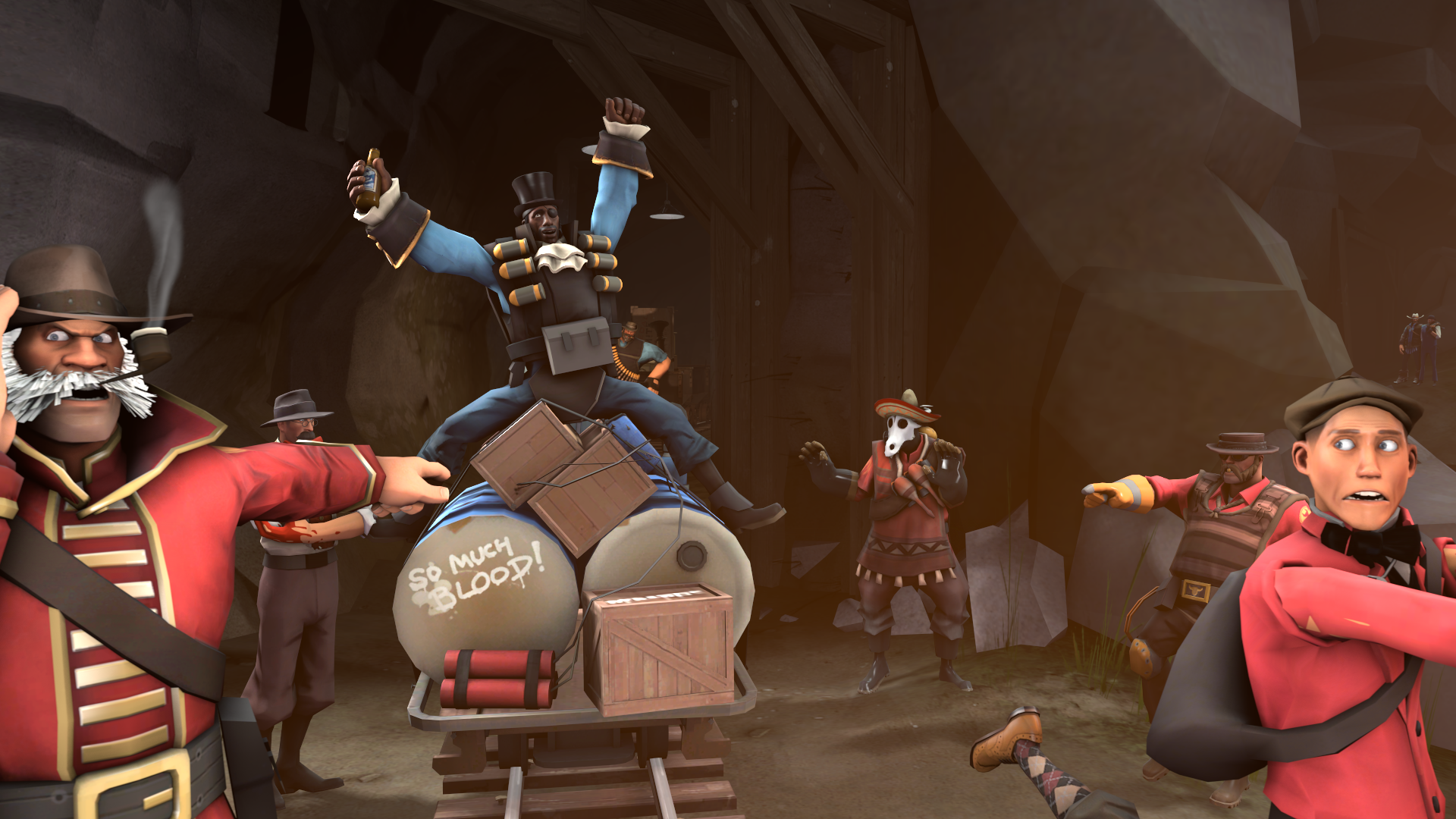 In the 1800's, the Americans moved West and kicked the Mexican's asses down South, while more foreign communists moved into the proud USA, including those goddamn job stealing Chinese.

Before Sawmill became a battlefield, it was a lumber depot, manufacturing wood. Most importantly however, a large cache of Australium in a cave behind a waterfall, which was later discovered in the 1880's by Elizabeth, who then seized it for her own benefits.

With the lumber depot in chaos because of the fight for the land, RED is fending off BLU's many attempts at the secret documents that will uncover the truth behind Sawmill. With their last attempt, a BLU Sniper and Spy send one of their demolition experts with a bomb to the RED base, along with some muscle to help pack a punch. What will RED do now, and who thought that sending a black scottish cyclops to deliver a big bomb was such a smart idea?

This is absolutely hilarious. lolscout run :p
Love the idea of this. Well done. Also I like how you made a back story to this. I couldn't think of one if my life depended on it.
Read more…
Top Bottom