Download
You are using an out of date browser. It may not display this or other websites correctly.
You should upgrade or use an alternative browser.
Overview Updates (5) Reviews (1) History Discussion 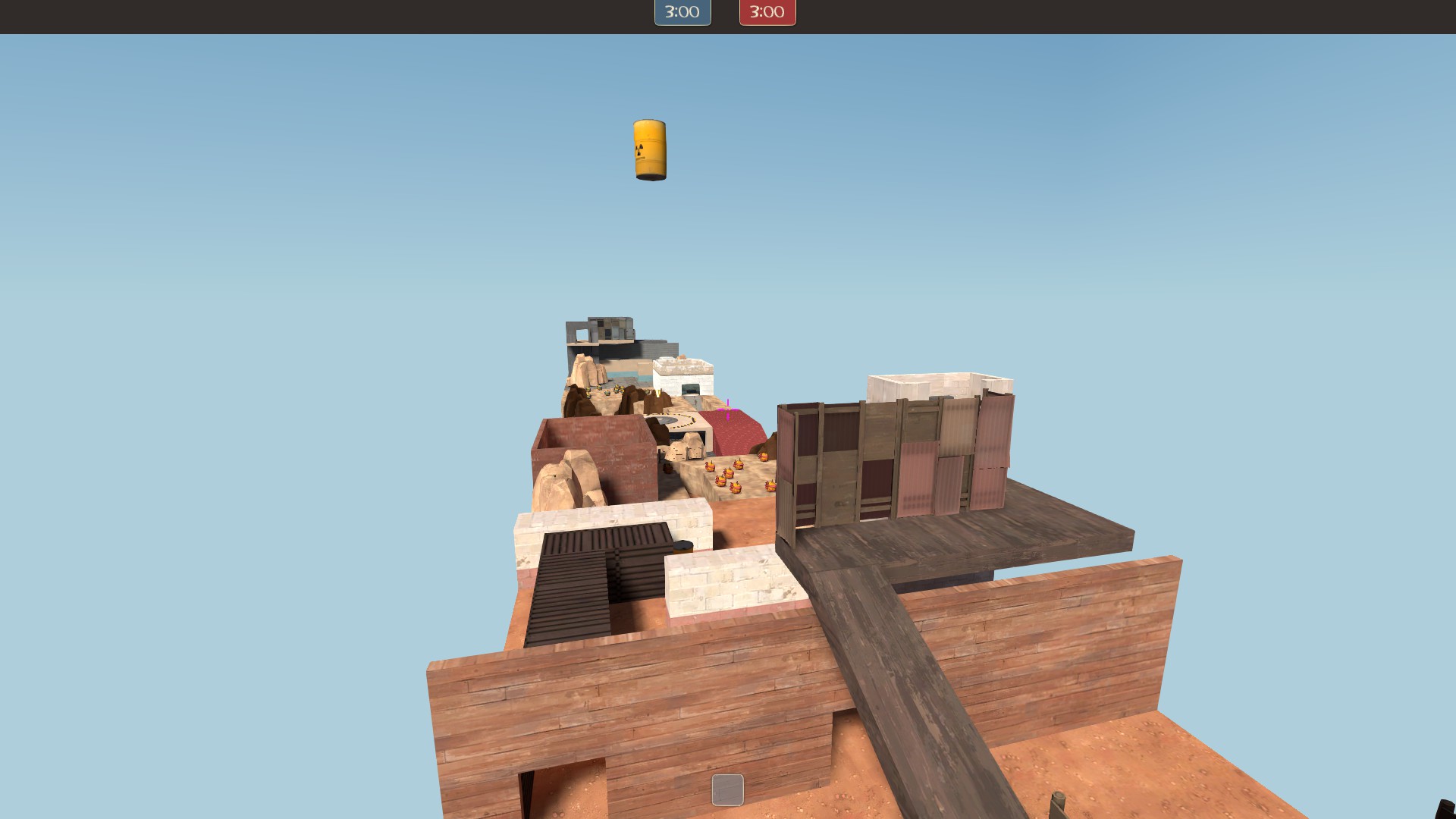 [Note, I've gotten the map playtested thanks to the TF2Maps server. And yeah, the maps has some problems. Mapping is more of a hobby of mine and I've never publicly released a map before but I decided to join the 72hr jam just for fun. It was really fun and the community is really amazing and welcomming and I've taken note that I got a lot to learn when it comes to mapping.]

A King of The Hill map that's gonna be mirrored to make it easier on me during these 72hours and to make it equally fair for both teams. A giant bomb (exploding barrel) will fall from the sky whenever a team caps the point.

Planned updates:
-Change the pumpkin-bomb field to a regular minefield.
-Change the radioactive barrels to pumpkin-bombs. Most players don't realize that they are tf_generic_bombs.
-Make the map way wider.
-Create a working 3D Skybox. I'm having some issues at the moment.
-Make the falling barrel actually a bomb to avoid lawsuits and make the falling more realistic.
-Change the geometry here and there and add some PlayerClip to block scouts, demomen and soldiers from advancing too quickly.
-Add arrow props to guide players better.

It's great that you had fun making this entry - that's what the Jam is all about! And we could definitely have more explosive barrels in our lives.
Read more…
Top Bottom