Go to download
You are using an out of date browser. It may not display this or other websites correctly.
You should upgrade or use an alternative browser.
Overview Updates (1) History Discussion

The time in between me taking on CP_Itza and now makes up a significant portion of my time on this site but whatever, it's done now.

CP_Badfish is an asymmetrical attack\defense map. It does not particularly try anything new. Originally kicked to the curb by Muddy, why she entrusted me with it I have no idea. It has gone through about three names and three themes by now and will probably go through about three more of each by the time I'm done. 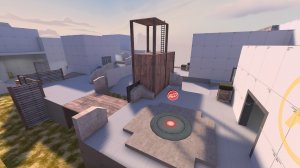 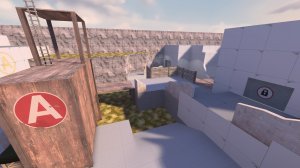 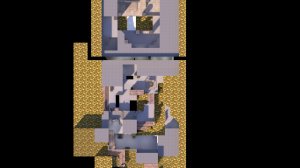 Credits
Muddy - First half of the thing
Nick - I think he did one iteration? I'm not sure how much of it was kept.
Yrr - Locked Door Textures
Frontline Team - Textures: Bunker, Fort, Bunker Metal, Ground, Skybox, Stencils. Models: Ammo crates, Crate tarps, A Radio.
CP_Mayan\Aztec_flatwall snuck in. I'm not sure who did that specific texture but it's only in there as a mistake so kind of a moot point really.
Probably some stuff I made is bouncing around in there as well.