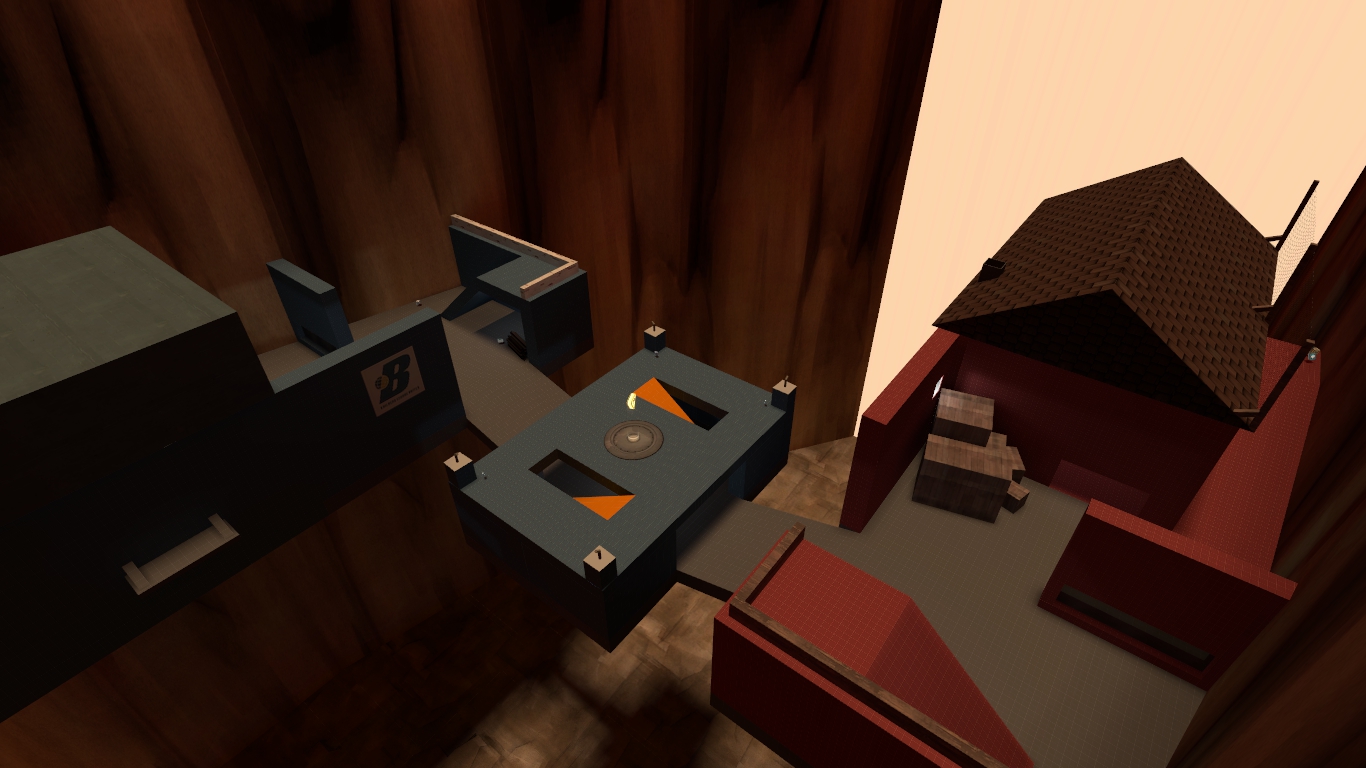 So. This is my first map - thanks Crash for his amazing tutorial. It's a small 3CP.

That out of the way, this map is underscaled, and combat is scrammed due to a lack of flank routes leading to the middle capture point. Nonetheless, this is at least 20 hours of work here ('bout 2 hours per week for seven-ish weeks or more + 6 hours today), I feel like I finally have a semblance of correctness in the layout, so I'm dropping it as A1.

The base idea behind what I want the map to feel like once it'll be achieved is "indoors, yet open as if it was outside". The "story" would be that, well, RED and BLU both built their mines in the same canyon. When BLU decided to expand with an extra storage room in the center of the cave, it caused RED to take offense and retaliate.

While as mentioned earlier there's a lack of flank routes in the middle, the two bases are what I had focused most of my time on up to now, with multiple possible routes and strategies in order to destroy the sentry nest(s) and capture the point. There's a fair amount of health and ammo scattered around the map, too. Sightlines are taken into account, and balanced as best as possible. Overall, there's some fine chokepoints that can offer a moment or two, just make sure not to fall down to a certain death. Class balance should be... Okay, though demos and soldiers probably have a significant advantage while heavies might run into a few issues.

So yeah. Feedback is overly appreciated (expect a 5:1 thanks per advice ratio), and I hope despite its smallness, this map still manages to be at least slightly fun to play.